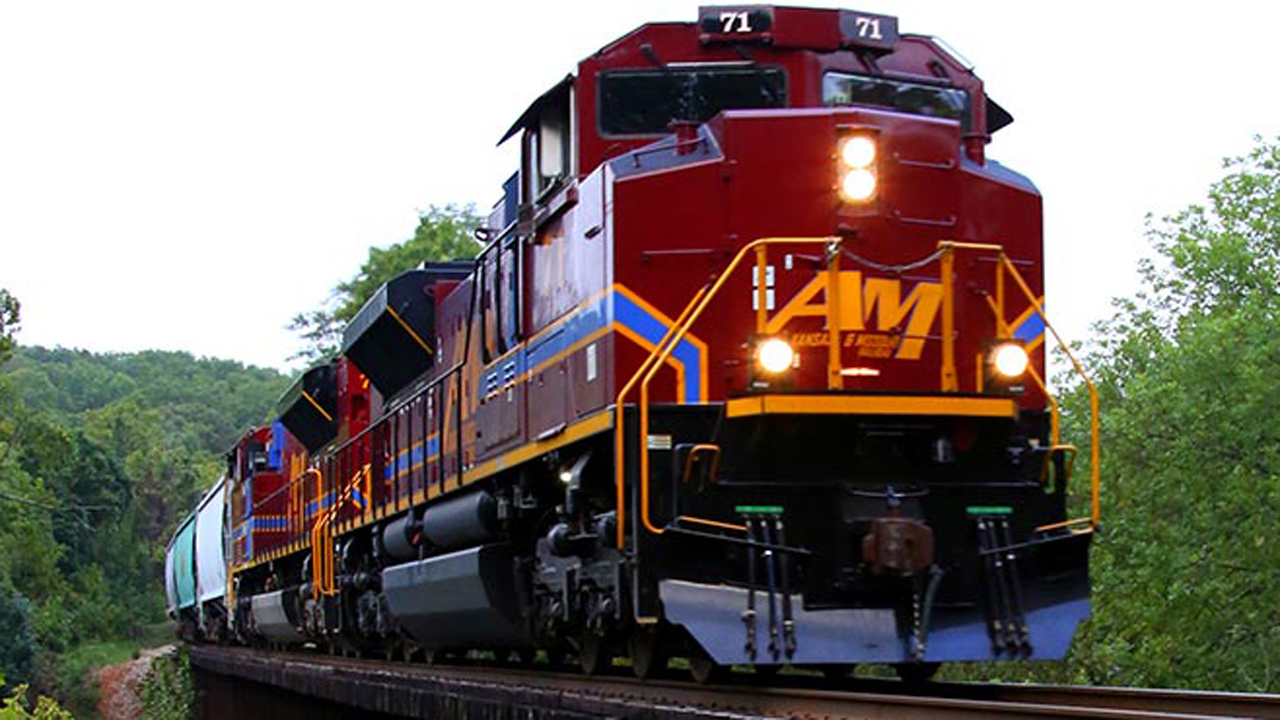 Arkansas & Missouri Railroad President Caren Kraska testified on the economic and environmental advantages of rail, during a recent hearing of the House Transportation & Infrastructure Committee, Subcommittee on Railroads, Pipelines, and Hazardous Materials.

Already the leader in fuel-efficient surface transportation, the railroad industry is now making every effort to be a part of the solution to improving the environment, and the short line industry is all in on a variety of fronts.

Our friends at the Association of American Railroads (AAR) have done an excellent job of quantifying the substantial environment benefits of railroad transportation, and the data is now familiar to most Railway Age readers: Railroads account for roughly 40% of U.S. long-distance freight volume, but account for just 2.1% of transportation-related emissions. If 10% of the freight shipped today by the largest trucks were moved by rail, greenhouse gas (GHG) emissions would fall more than 17 million tons annually or the equivalent of removing 3.35 million cars from the road. A ton of freight moving by rail instead of truck reduces GHG emissions by 75%.

What is the short line industry doing to promote this?

— “We believe that shippers will move from truck to more fuel-efficient rail if we can adequately demonstrate our real contribution to that goal.” —

SmartWay helps companies advance supply-chain sustainability by measuring, benchmarking and improving freight transportation efficiency. It offers tools short lines can use to communicate how shipping by rail can help customers meet their companies’ environmental goals. Reducing a company’s carbon footprint is a growing imperative, but isn’t easy. We believe that shippers will move from truck to more fuel-efficient rail if we can adequately demonstrate our real contribution to that goal. Unilever and Home Depot are but two high-profile examples of major shippers that are now publicly talking about the environmental benefits of using rail.

The short line industry is also looking toward new locomotive technologies. Anacostia Rail Holdings’ affiliate Pacific Harbor Line (PHL) recently signed an agreement with Progress Rail to use its EMD Joule battery electric locomotive in a demonstration project at the ports of Los Angeles and Long Beach, Calif. The new six-axle locomotive is zero-emission, zero-idle and low noise. Says PHL President and ASLRRA Executive Committee Member Otis Cliatt II: “Designed by Progress Rail, the Joule is the first battery electric switcher locomotive in North America that appears robust enough for the demanding PHL environment, and what we will learn from this demonstration will hopefully advance the prospects for zero-emission locomotive solutions.”

— “Tackling climate change will require a cooperative effort between government and the private sector and it is likely that an infrastructure funding bill will be the legislative vehicle that shapes that effort.” —

Tackling climate change will require a cooperative effort between government and the private sector and it is likely that an infrastructure funding bill will be the legislative vehicle that shapes that effort. In preparation for writing the rail portion of that legislation, the House Transportation & Infrastructure Committee, Subcommittee on Railroads, Pipelines, and Hazardous Materials recently invited Arkansas & Missouri Railroad President Caren Kraska to be one of four witnesses to testify on the economic and environmental advantages of rail. She urged the adoption of programs that maximize the ability of short lines to produce the environmental benefits inherent in freight rail transportation. Specifically, she argued for increasing funding for the CRISI grant program which allows direct short line eligibility, and urged the Subcommittee to resist the perennial effort to increase truck size and weight limits, which on her railroad could divert more than 50% of the business to less fuel-efficient trucks.

Perhaps the AAR’s most often repeated statistic is that rail can move one ton of freight more than 470 miles on one gallon of diesel fuel. I certainly repeat that one a lot! Let me bring that down to the short line level with a few examples:

• The Lancaster & Chester Railroad ships 281,500 tons of soybeans, soy meal and soybean oil each year between the South Carolina cities of Chester, Fort Lawn and Kershaw. That move uses an average of 80,000 gallons of fuel per year. A comparable truck move would use over 320,000 gallons of fuel.

• PHL moves 5,000 tons of interchange traffic daily from Wilmington to Long Beach, Calif. That move uses an average of 36,500 gallons of fuel per year. A comparable truck move would use 521,220 gallons of fuel.

• The Red River Valley and Western (RRVW) has calculated that in 2020, the railroad moved one ton of freight 496 miles on one gallon of fuel.

It is true that the short lines are a subset of the national railroad industry. But to paraphrase one of the better-known passages in the Talmud: “We are not obligated to complete the work of the world, but we are required to try.” Short lines are not the biggest operators of surface transportation, but where we do operate, we make a difference—for the better.

(And don’t forget, registration is now open for Railroad Day on Capitol Hill 2021, to be held virtually April 13-14. This annual event allows the freight rail industry to exercise our First Amendment rights, and to petition our federal government on issues that are important to us and to the customers and communities we serve.)