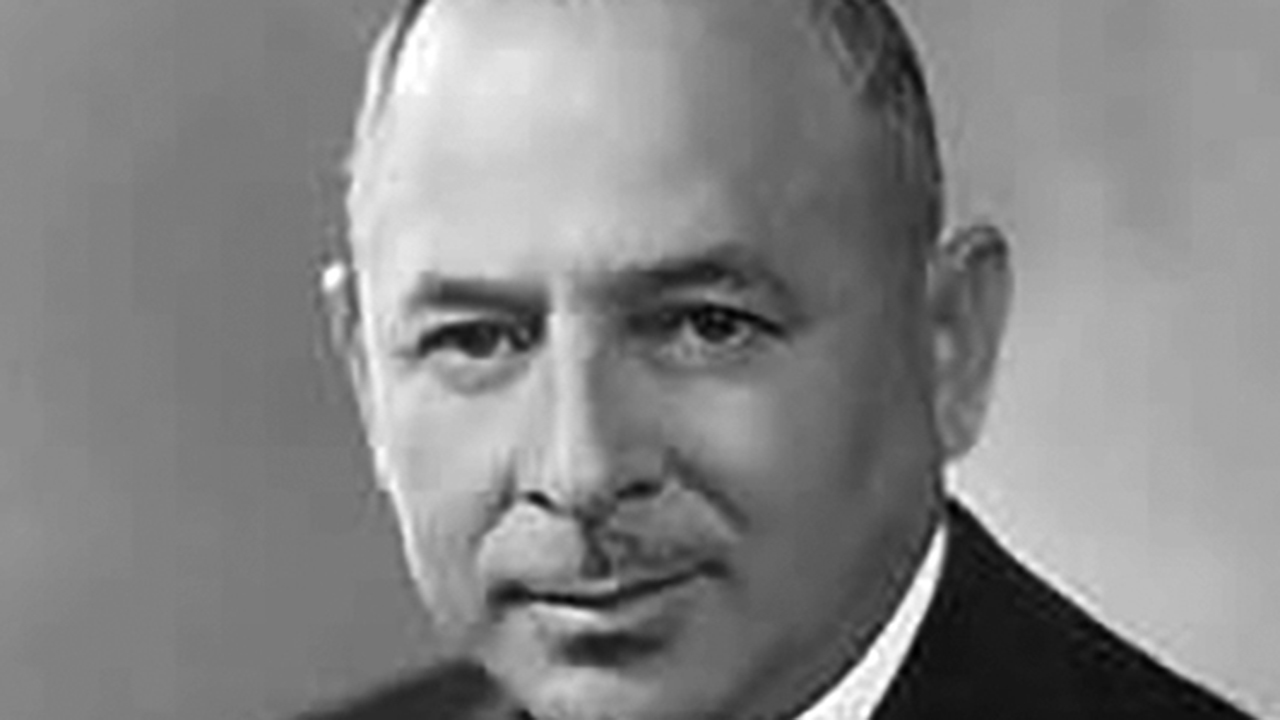 ASLRRA PERSPECTIVE, RAILWAY AGE, FEBRUARY 2022 ISSUE: Over the holidays, I came across two items that highlighted what may be the most enduring trait of the short line railroad industry—its resiliency.

For more than 150 years, short line railroads have overcome the perils of calamitous weather events, economic crashes, an ever-changing customer base, increasing truck competition over publicly funded highways, and long periods of a misguided regulatory regime.

The first item is a recently published book telling the story of the Pinsly Railroad Company from its founding in 1938 to the present day, written by two railroad historians, Dr. Cary Poole and Eric Bickleman. The company was founded in 1938 by Sam Pinsly (pictured, above), who ironically began his career working for the Salzberg Company, which at the time was best known for scrapping abandoned rail properties. Pinsly concluded that saving railroads was a better business than scrapping them, and in 1938 he purchased the Hoosac Tunnel & Wilmington (HT&W), an 1884-chartered railroad that had suffered severe flood damage, had $201,000 in outstanding debt, and was given up for lost by its local owners.

Pinsly purchased the railroad for $233,000 by investing $60,000 of his own money and financing the remainder with borrowed money from friends and bank notes. No sooner had he begun to revitalize the line than it was nearly destroyed by the Great New England Hurricane of 1938, which remains the most powerful and deadliest hurricane in modern New England history. Pinsly persevered and managed to obtain three power shovels to begin rebuilding his battered railroad. Landslides were shoved into the river, grades re-established, and temporary trestles constructed. In only 31 days, the HT&W was back in business. In 1941, he fulfilled his vow to put the line in the black for the first time in 15 years.

The book goes on to chronicle the storied history of the next eight short lines purchased by Sam Pinsly, each of which were originally formed in the 1800s, and the subsequent expansion of the company under the leadership of his daughter, Maggie Silver, and following her retirement, her son John Levine. Each story is one of determined survival during a century of changing and challenging circumstances, both man-made and those of mother nature. At the time of their purchase by Pinsly, each short line was in near bankruptcy and/or headed for abandonment. None survived in their original form, but with few exceptions, each was brought back from near extinction, rebuilt, attracted new customers, and preserved local rail service for decades after their purchase. Today, much of what was saved has been incorporated into modern day short lines that still provide critical first-mile/last-mile service to tens of thousands of shippers across the country. It is a story of survival that is shared by few if any industries in the nation.

The second item is sitting on the office windowsill of Red River Valley & Western Railroad’s (RRVW) owner Martha Head: a 135-year-old piece of rail with the date stamp “86” that was part of the railroad’s original track construction project near Oakes, N.Dak. in 1886. This was 56-pound rail that was removed and replaced with welded rail as part of a 2021 rehabilitation project. The 56-pound rail was rolled in July 1886 by the North Chicago Rolling Mill Company and installed by the Chicago & North Western Railway (C&NW).

In the 1880s, C&NW and Northern Pacific Railway (NP) explored the option of connecting their respective lines in the Dakota Territory, C&NW having built to Aberdeen, S.Dak., and NP having built to LaMoure, N.Dak. But neither wanted to connect in the other’s townsite. In May 1886, W.K. Cook, the general right-of-way agent for C&NW, went looking for a desirable location, knowing that the junction of the two railroads would create a good-sized town. According to a subsequent newspaper account, “He camped for a while to determine the adaptability of a location he had found, discovered that good water in abundance could be obtained any place at a depth of 12-16 feet, and that the natural lay of the land would afford excellent drainage.” In September 1886, C&NW laid its track north to this location, and the NP soon built down from the north. The new town of Oakes founded at the junction was named after NP’s Vice President and General Manager.

It is fair to say W.K. Cook got his money’s worth from his 1886 infrastructure investment. This 56-pound rail carried freight into the first decade of the 21st century, and when freight traffic could no longer be supported, RRVW kept the segment in service for car storage with 300 to 400 cars a year moving over the line. Following the 2021 rehabilitation, the segment is a more efficient and safer line, still used for car storage, but now has the potential to attract new freight business.

As these two pieces of history demonstrate, the short line railroad story is one of resiliency. Today’s short line entrepreneurs embody that same determination to preserve rail infrastructure, bring new business to rail, fight for government policies that promote the economic health of our industry, and survive and thrive. I am confident that determination will place us in good stead for a long time to come.