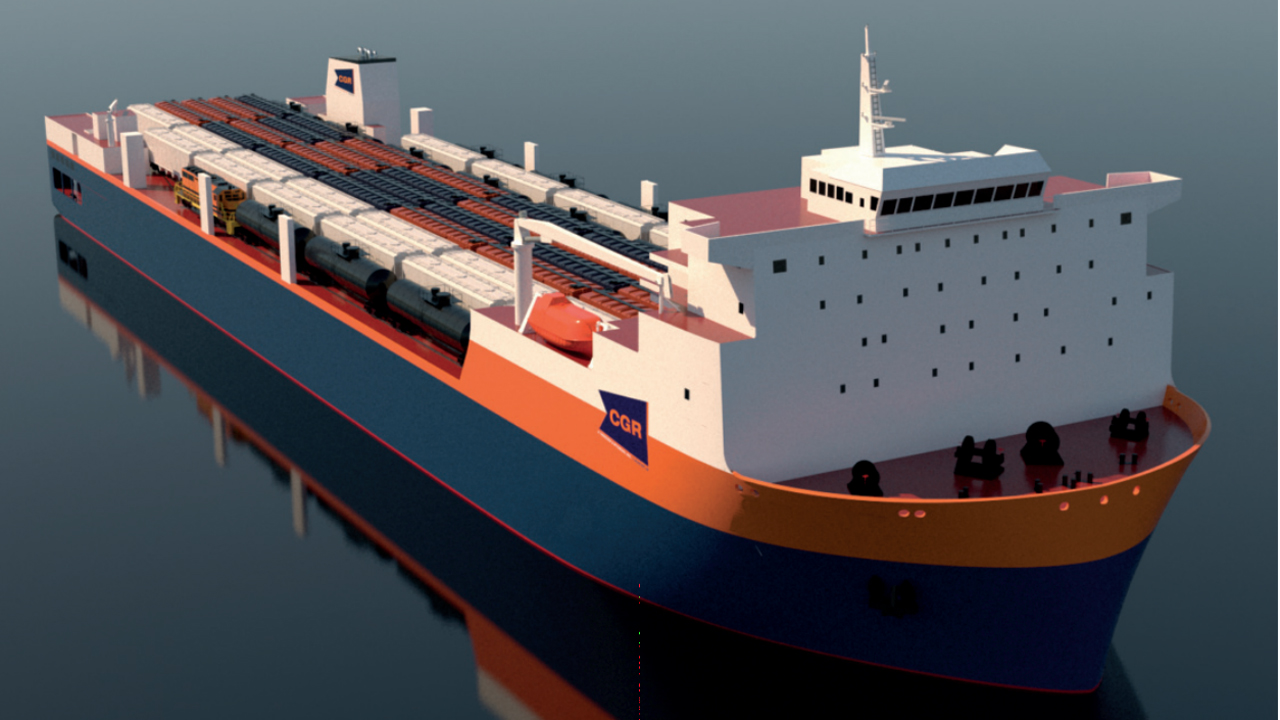 CG Railway’s two new 590-foot-long ferries (pictured) will each be able to carry 135 railcars, up from 115 railcars on the existing ferries, with an expected top speed of 14 knots, up from seven knots.

The new 590-foot-long ferries can each carry 135 railcars, up from 115 railcars on the existing ferries, with an expected top speed of 14 knots, up from seven knots, according to G&W and SEACOR Holdings (see interior diagram below; download specs below). Currently, the trip across the Gulf takes about five days, or half the time required for the overland route. The vessels’ additional capacity and faster speed could potentially boost annual carload capacity by 40%, the partners noted.

The ships may be also “the first built with features designed to cope with a pandemic, including segregated passageways for local pilots and other visitors, as well as spaces with separate HVAC systems to quarantine crew,” they added.

“We’re trying to anticipate all the potential scenarios we could have in the next 20 to 30 years,” CGR President Hoffman Lijeron said. “If there is anything we’ve learned from the past year, it’s the value of protecting our customers’ supply chains from potential disruptions.”

Once both vessels have launched from CSSC Huangpu Wenchong Shipbuilding Company in China, they will undergo “sea trials to ensure all systems are operating as designed, before departing for the United States,” G&W and SEACOR Holdings said.

The first vessel is slated to begin operations in the second quarter and the second in the third quarter.

“These innovative new vessels are purpose-built to provide increased reliability, speed and fuel efficiency and will materially expand the number of annual railcar spaces we can offer customers,” Lijeron said. “Their capacity; efficient hull design; articulated rudders; and modern, slow-speed engines will significantly reduce the vessels’ environmental footprint. In fact, compared with a traditional all-rail route from Mobile to Mexico City, shipping via the new CGR vessels and Ferromex is expected to provide a 44% reduction in CO2 emissions per ton/mile versus the all-rail route.”