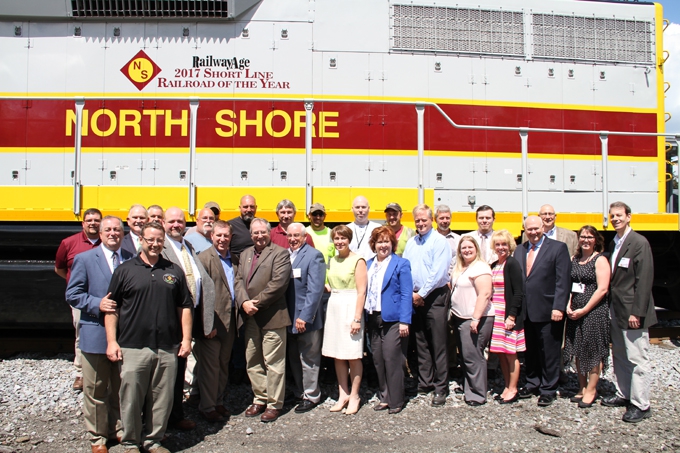 Railway Age is now accepting entries for its annual Short Line/Regional Railroad of the Year competition. Short lines and regionals—and there are more than 600 of them—are invited to submit entries describing outstanding achievement in one or a combination of areas.

Small roads in Mexico, the U.S., and Canada are eligible for an award (and railroads can even nominate themselves). Our 2018 winners will be awarded specially-designed plaques at the American Short Line and Regional Railroad Association Connections Convention in Nashville, Tenn., April 7-10, 2018. Articles describing their achievements will appear in Railway Age’s March 2018 issue, which will be distributed at the show. Railway Age also will work with the winners to publicize the awards in online and national media, as well as any in-house websites available.

“More short line and regional railroads are making themselves known to their local businesses, local chambers of commerce, and the general public as well, because they contribute to the economic vitality of their local and regional economies,” says Senior Editor Stuart Chirls. “As the nation’s economy changes with the times—as it must—and turns toward rail for help, small railroads have done their part and then some. Short lines and regional railroads are innovators when it comes to turnaround situations, consistent excellence, streamlined operations, efficient maintenance, marketing, customer service, enhanced productivity, community relations, and safety improvement.”

“Award winners in years past have ranged from large regionals spanning several states to small short lines with single-digit mileage,” says Chirls. “In most years, separate awards have been given for regional and short line carriers. They are the ‘first and last” mile, providing critical connections for the larger rail network.”

Entry forms may be downloaded from the link below, or from Stuart Chirls by e-mail or fax. Entries should contain the name, position, and contact information of the nominator and an approximately 500-word description of the achievement(s) of the nominated railroad. Submit your entries to: Stuart Chirls, Senior Editor, Railway Age, 55 Broad Street, 26th floor, New York, NY 10004. E-mail: [email protected] Fax: (212) 633-1863. The entry deadline is Friday, February 16, 2018, so don’t delay!