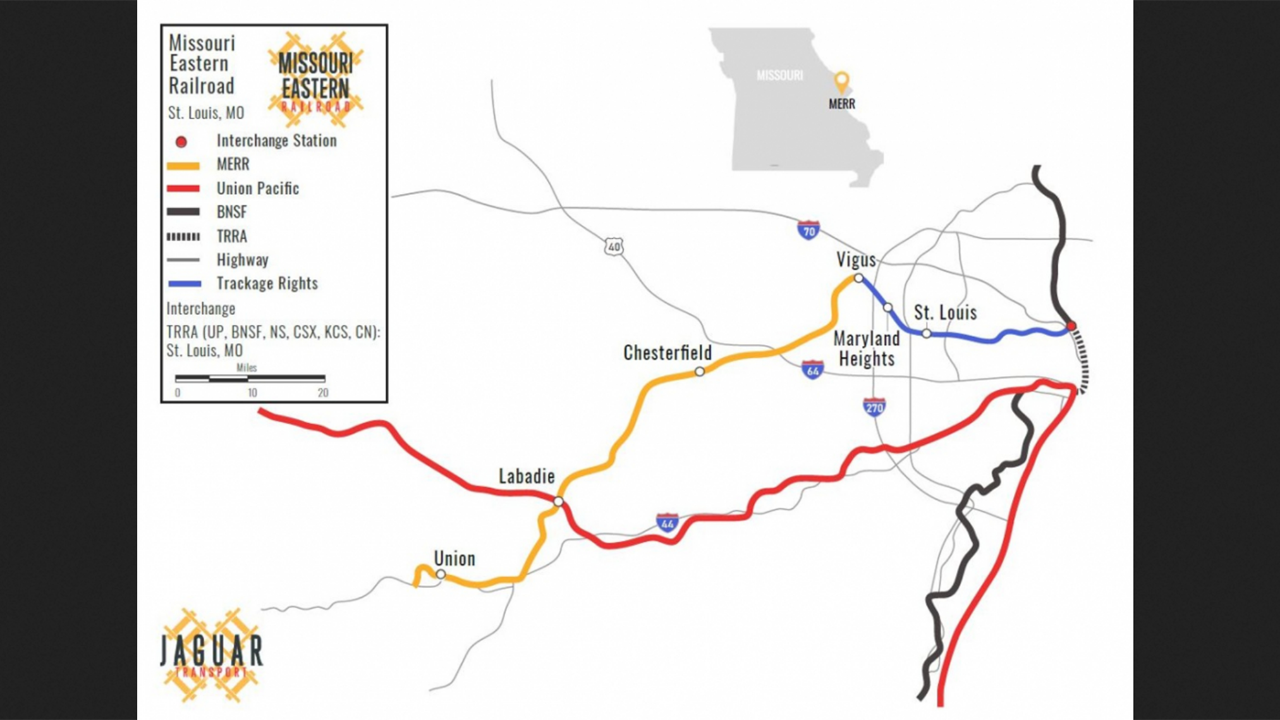 Joplin, Mo.-based Jaguar said that it acquired in January 2022 approximately 42 miles of track in the western St. Louis metropolitan area, and in February 2022, leasehold rights to approximately nine miles of adjacent track owned by Union Pacific (UP). MER runs from just west of Union, Mo., to Overland, Mo., where it interchanges with the Terminal Railroad Association of St. Louis, Railway Age’s 2020 Short Line of the Year (see map above). It also interchanges with BNSF, UP, Norfolk Southern, CSX, CN, and Kansas City Southern.

MER is “part of a former Rock Island line that ran across the state of Missouri,” according to Jaguar. Customers include producers of plastics and paper products, as well as fly ash and building materials.

“We are excited for the opportunity to begin serving customers in the St. Louis area,” Jaguar CEO Stu Towner said. “The railroad’s location in the center of the country with access to six Class I railroads, multiple interstate highways, and the Mississippi River offers current and future customers tremendous reach across the United States.”