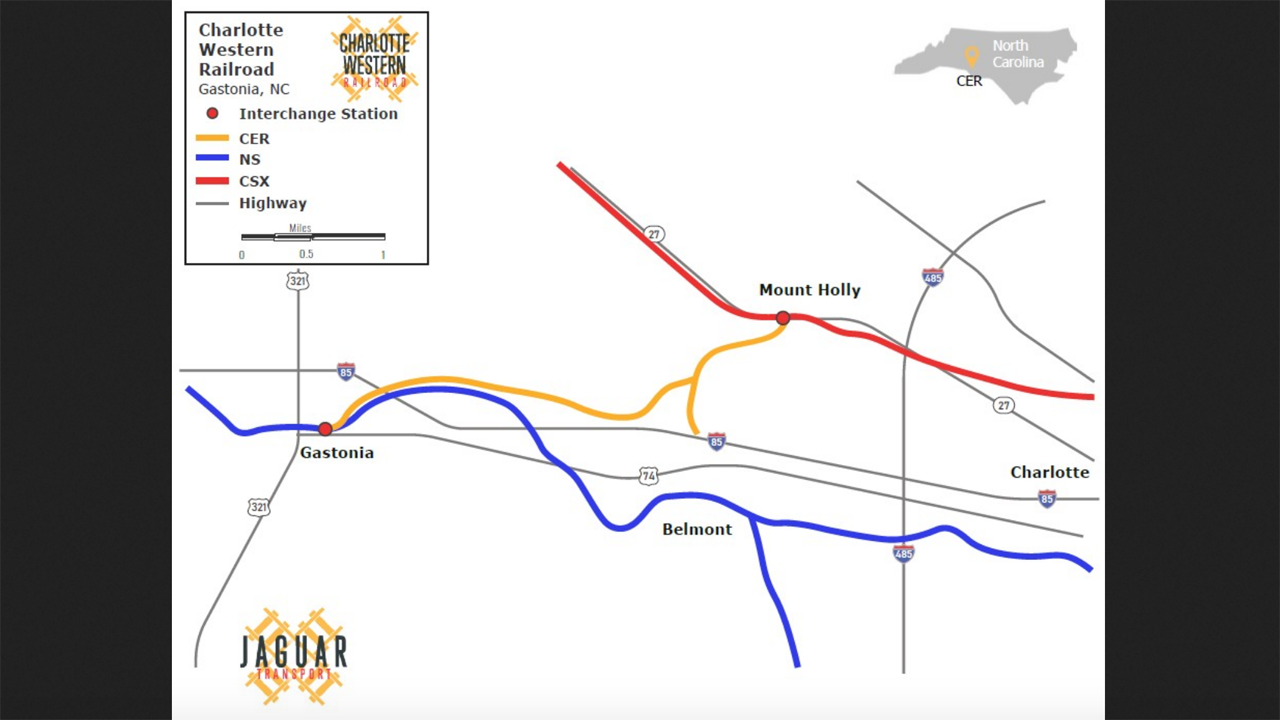 Joplin, Mo.-based Jaguar said that it acquired leasehold rights to the track owned by the North Carolina Department of Transportation (NCDOT). Previously, the Piedmont and Northern Railroad, LLC (PNRW) operated the line under a lease with NCDOT.

“We are excited for the opportunity to establish our first operation in North Carolina and the southeastern U.S.,” Jaguar CEO Stu Towner said. “The railroad’s location, in a growing metro with access to both Norfolk Southern and CSX, along with the acquisition of a rail-served warehouse, provides us with an excellent opportunity to serve current and future customers and earn the right to grow alongside them and the local community. We will immediately move forward with a large project in partnership with NCDOT to build a new multi-commodity and multi-mode transload facility on our warehouse property, which will create highly efficient solutions for the customers we are bringing to the property. This project, along with our focused commercial efforts to build sites along the railroad that are ready for new customers, makes this a fantastic solution for customers in the Charlotte market.”