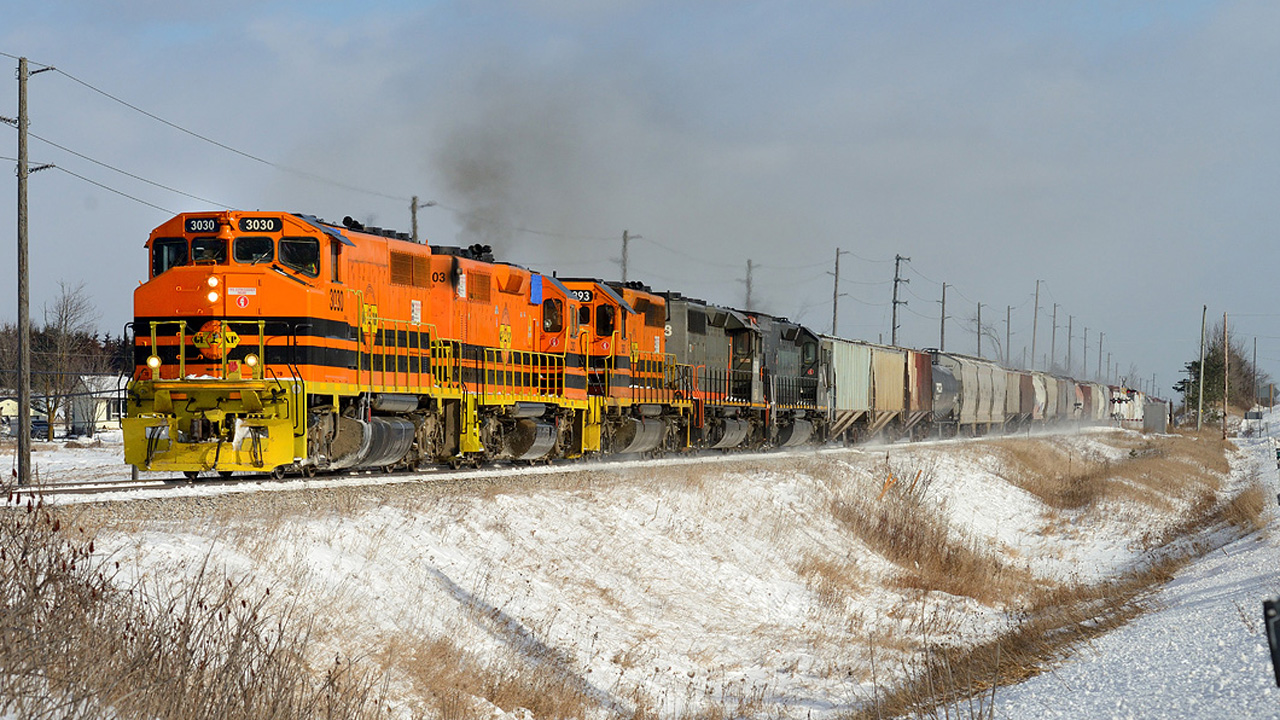 Owned by Genesee & Wyoming, GEXR was one of Canada’s first short lines. Created in 1992 by RailTex, it was subsequently purchased by RailAmerica in 2000, followed by Genesee & Wyoming in late 2012). The owned portion consists of CN’s former Goderich Subdivision, 70 miles of track between Stratford and Goderich-Exeter, Ontario. 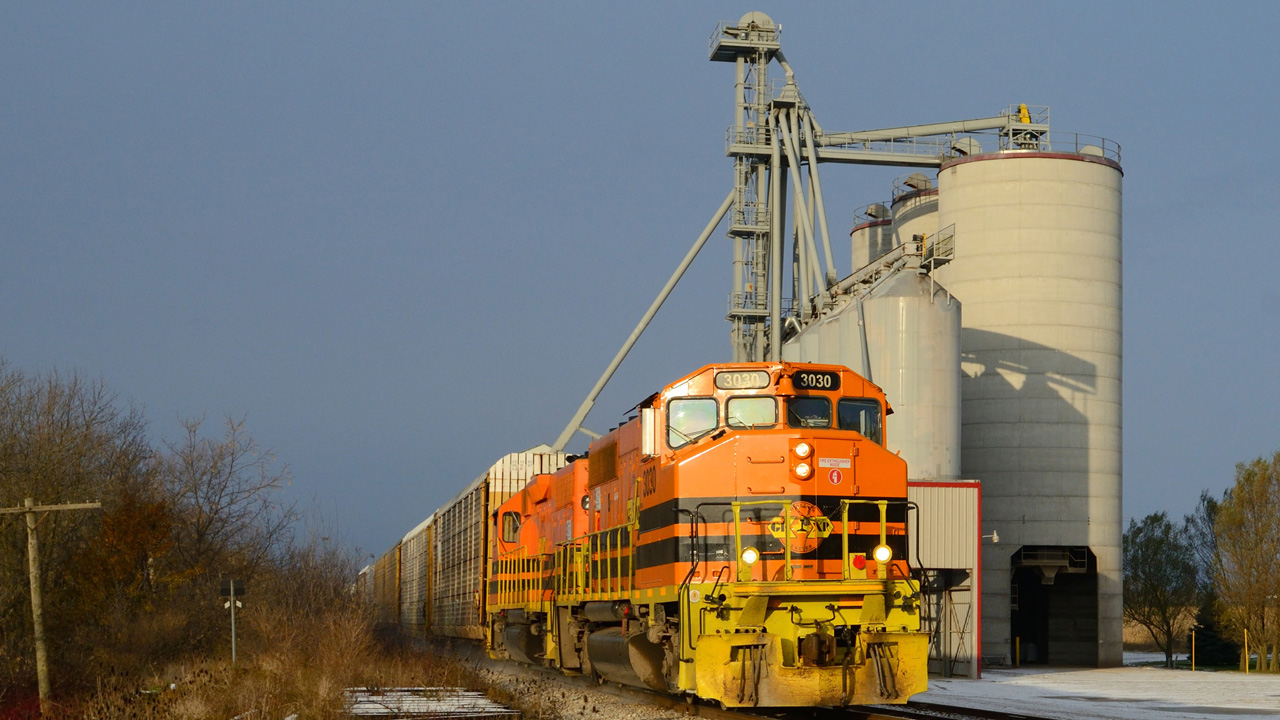 Twenty years after the lease was signed, as short lines continue to be spun off by Class I’s (for example, CSX sold its Panhandle Division in Florida to holding company RailUSA), CN is doing the opposite. Most GEXR employees will reportedly be migrating to CN, and GEXR will retain some employees to maintain its owned portion of track between Stratford and Goderich-Exeter. CN has built offices in Kitchener and will base most jobs out of Kitchener Yard, keeping service largely the same as GEXR has provided.

This wasn’t the first recent short line take-back by CN. On Sept. 18, CN took back most of the Hagersville Subdivision from GEXR sister railway Southern Ontario Railway (SOR), while SOR retained a terminal switching operation in Nanticoke, Ontario. More is also planned: On Dec. 13, 2018, SOR’s Hamilton Division is set to revert to CN. 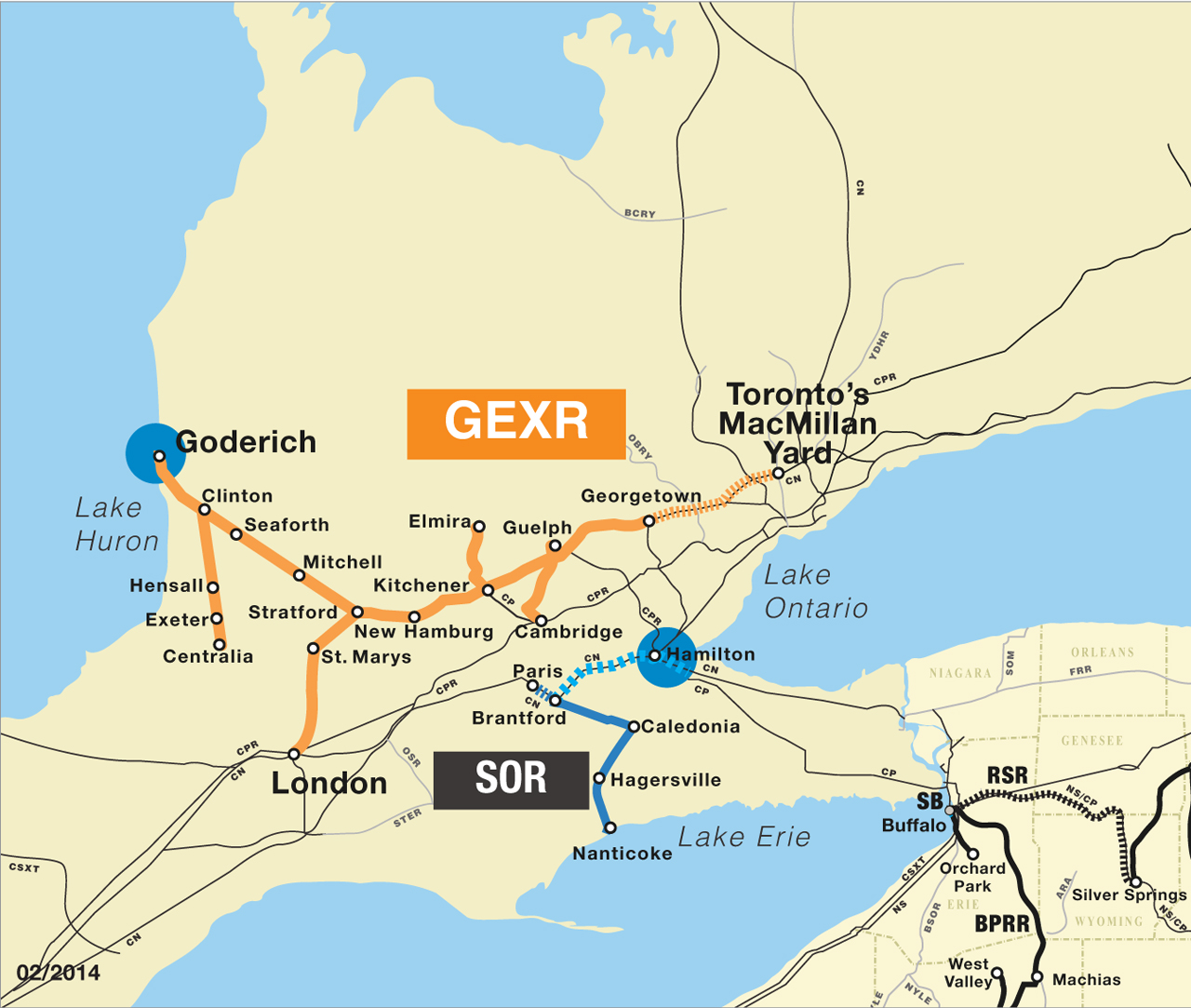