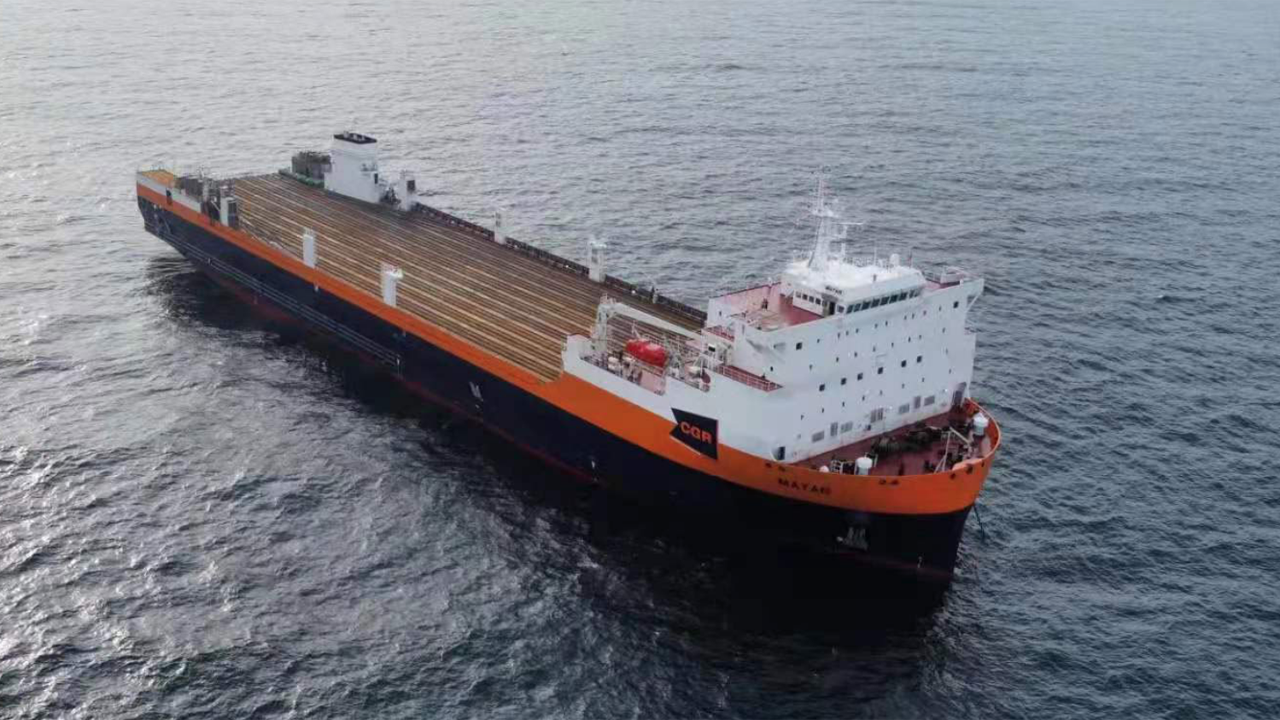 CG Railway, LLC recently took delivery of the Mayan, a second state-of-the-art rail ferry that will be in operation by December 2021. (Photo: Business Wire)

The second of two new rail ferries has been delivered to CG Railway (CGR), following the first’s successful maiden voyage between the ports of Mobile, Ala. and Coatzacoalcos, State of Veracruz, Mexico, the short line reported on Sept. 28.

The Cherokee arrived earlier this year. Hauling 122 railcars, the rail ferry’s initial launch was on Sept. 12 from the Port of Mobile; it arrived at the Port of Coatzacoalcos Sept. 15. On Sept. 18, the Cherokee began its return trip with 130 railcars on board, docking in Mobile three days later.

On Sept. 22, CGR took delivery of the second new vessel, the Mayan, which is expected to enter service in December.

Both rail ferries measure 590 feet in length and are designed to carry up to 135 railcars, a 17% capacity increase per sailing (up from 115 cars) compared with the ferries they replace. They have a top speed of 14 knots, up from 7 knots.

“We are extremely pleased with the Cherokee’s performance during its maiden voyage,” CGR Vice President of Sales and Marketing Todd Biscan said. “The rail ferry transported more than 22,500 tons of diverse commodities, including chemicals, plastics, pulp and paper, agricultural products, and food. CGR is excited to enhance service quality to customers and safely move railcars from the U.S. to Southern Mexico in three days with customs cleared en route.”

“Offering greater capacity and more sailings per week between the Southeast U.S. and Mexico, CGR service is better than ever,” CGR President Hoffman Lijeron said. “In addition, both the Cherokee and Mayan will generate lower CO2 emissions than land alternatives and our legacy ferries. These collective benefits provide a long-term, sustainable supply chain solution for existing and prospective customers.”

For more, listen to the Rail Group On Air Podcast with Lijeron and William C. Vantuono and Heather Ervin, Editors-in-Chief of Railway Age and Marine Log, respectively.