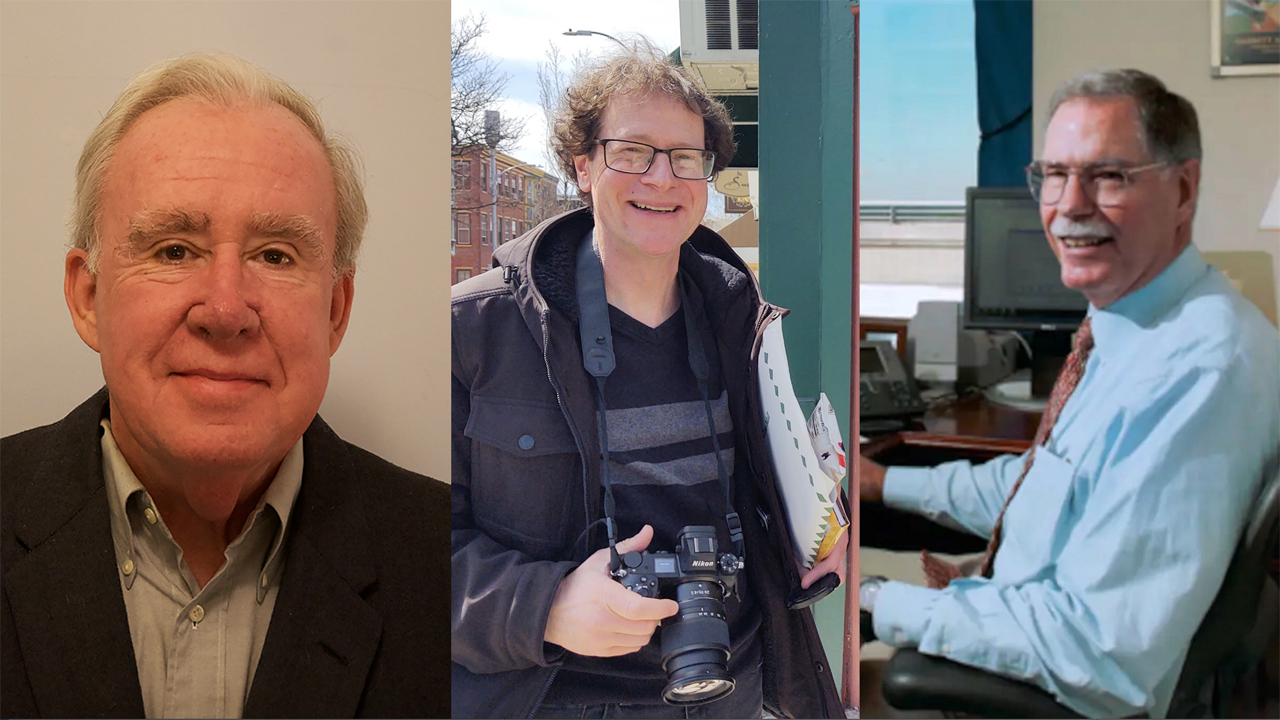 The Railway & Locomotive Historical Society (R&LHS) has announced the winners of its annual Railroad History Awards program. The awards recognize senior achievement as well as outstanding work in photography and book and magazine writing.

Following a pause during the COVID-19 pandemic, R&LHS has resumed its program and now honors:

John P. Hankey is a fifth-generation Baltimore & Ohio railroader whose work in the theory, study and interpretation of railroading has brought him to the forefront of heritage preservation. 2022 marks a half-century of his professional involvement in the field.

A Baltimore, Md., native, Hankey got his break when he was hired as historian and archivist for the Chessie System (B&O, Chesapeake & Ohio, and Western Maryland) at the B&O Railroad Museum, where the focus at the time was on celebrating B&O’s 150th anniversary.

He then served as a B&O brakeman, hostler, locomotive fireman and engineer, and as a research fellow at the National Trust for Historic Preservation. After graduate school at the University of Delaware, he returned to the B&O museum as chief curator, director of interpretation, and general manager of railroad operations from 1989 to 1993. He played a major role in separating the museum from Chessie successor CSX and establishing it as a stand-alone nonprofit.

Hankey has authored more than 100 articles on railroad history, preservation or interpretation. He has also led 120 railroad-related study tours in the U.S. and Europe. Now semi-retired, he is an adjunct faculty member at the University of Nebraska at Omaha, where he has taught courses on railroad history and the history of technology. Hankey is at work on two books on B&O-themed topics. He lives in Omaha with his wife, Sharon Wood, a professor of history at the University of Nebraska.

William L. Withuhn (1941-2017) enjoyed a 27-year career with the Smithsonian Institution, much of it as curator of transportation. His book American Steam Locomotives: Design and Development, 1880-1960 was published by the Indiana University Press with the financial support of the R&LHS.

The 464-page book is an engineering study of the steam locomotive between 1880 and the end of steam operation in common-carrier service. Building on John H. White Jr.’s seminal American Locomotives: An Engineering History, 1830-1880 (Johns Hopkins University Press, 1997), Withuhn brought the topic into the mid-20th century, placing emphasis on improvements in design to meet changing operating requirements and increasing performance.

A licensed locomotive engineer, Withuhn qualified on the Pennsylvania Railroad in 1966 and operated several steam engines throughout his career, including the Smithsonian’s 1831 John Bull, which he helped prepare for living-history demonstration runs.

Withuhn dedicated most of his working life to researching American Steam Locomotives, often submitting portions of the manuscript to partially fulfill the scholarship requirement on his annual performance evaluation. He died in 2017 at age 75 before the manuscript was ready. Thanks to the support of his widow, Gail, and careful editing by the late Peter A. Hansen, editor of Railroad History (2007-2020), the book was carried to completion and published in 2019. It ranks as the definitive work on the history of post-1880 steam locomotives and steam-locomotive technology.

As a child, Solomon often traveled with his father, Richard Jay Solomon, and his earliest railroad photo was an Ektachrome image he took before he was 6. By age 9, he was processing his own film, and on his 10th birthday, his dad presented him with a pre-war Leica 3A screw-mount rangefinder that taught him the rudiments of the craft. Over time, Solomon’s work has encompassed black and white, Kodachrome, and Fujichrome color positive film, and various digital formats. He has photographed trains in more than 30 nations.

Manager of marketing and events for the Conway Scenic Railroad in New Hampshire, Solomon also produces a daily blog about railroad photography and writes a monthly column for Trains.

Leisitko’s articles provide a comprehensive overview of the rise and life of one of the most important shops on the Chicago, Rock Island & Pacific Railroad. The story begins with the “why” and the “where” of the Silvis (Ill.) Shops original site. It then explains how the shops were built and equipped. The third and final installment, a social history, covers the people who made it all work. His articles also include photographs of industrial equipment and the workers who used it.

Growing up in Rock Island, Ill., seven miles from Silvis, Leistiko had a childhood friend whose father worked at Silvis. He saw Rock Island trains almost daily, and as a Cub Scout he took a tour of the Silvis Yard. He is retired from a 30-year Air Force career.

Gregory P. Ames received the 2019 award for “Mother Hubbards’ Bone of Contention: In Search of the ICC ‘Ban’ on Mother Hubbard Locomotives,” published in Railroad History No. 219 (Fall-Winter 2018).

Railroad history, like other kinds of history, is replete with myths, one of the most persistent of which Ames demolishes. Ames set out to find evidence for the oft-mentioned but never documented Interstate Commerce Commission “ban” on the use of Camelback-type steam locomotives, which place the cab astride the boiler. Using primary sources, he destroys the myth. As he argues, there were no ICC rulings or orders banning the locomotives. Though controversial, the practice of physically separating engineer from fireman to accommodate a wide firebox was never actually outlawed at the national level.

The grandson of an Erie Railroad yardmaster, Ames has written more than 20 articles for Trains, Railroad History, Railroad Heritage, The Diamond (magazine of the Erie Lackawanna Historical Society) and others. He also authored the book Old Maud: America’s First Mallet Locomotive (On Track Publishers, 2003). A retired government documents and railroad librarian, Ames lives in St. Louis.