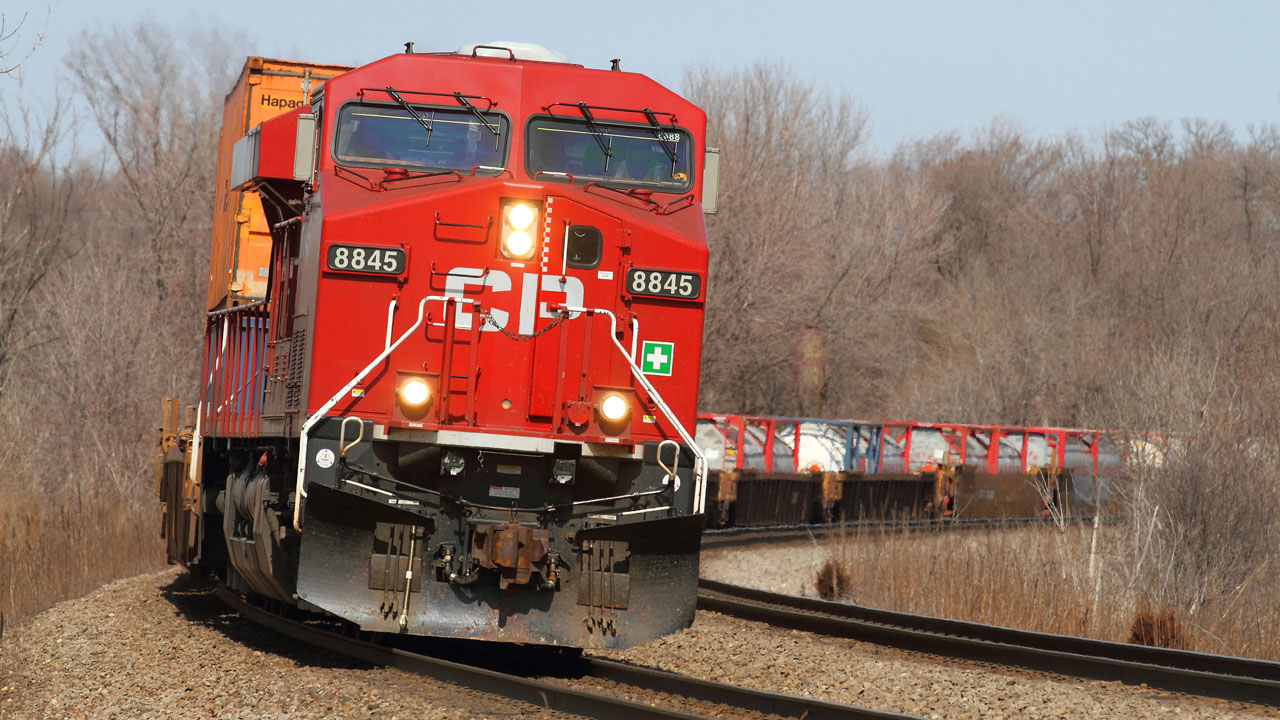 Revenue jumped 19% for the quarter ended Sept. 30 to C$1.9 billion ($1.45 billion) from the year-ago quarter on growth across all major business segments, the Calgary-based company said.

“This quarter really showed what our operating model and our 13,000-strong family of CP railroaders can do,” said Keith Creel, CP President and Chief Executive. “It was a record by almost every measure and sets us up well for the remainder of the year and beyond. Our continued success comes from a commitment at every level of the organization to deliver on the principles of precision scheduled railroading for our customers, our shareholders and the broader North American economy.”

“We remain disciplined in our approach and are seeing continued and sustainable growth across our lines of business,” Creel said. “We have the foundational underpinnings, and the room to grow, in the weeks, months and years ahead. We will never lose sight of what got us here.”

Canadian Pacific also announced Oct. 19 that the Toronto Stock Exchange had accepted its notice to repurchase up to 5.7 million shares of stock.

The company earlier said that it was raising its 2018 full-year guidance, and now expects adjusted diluted EPS for 2018 to grow in excess of 20%, up from earlier guidance of low-double digit growth.

“After pre-announcing strong 3Q results at the company’s recent investor day, CP beat our and consensus’ (recently elevated) estimates, and sounded as upbeat as they did in person in Calgary a few weeks ago,”” said Cowen and Company Managing Director and Railway Age Wall Street Contributing Editor Jason Seidl, in a note to investors. We continue to be encouraged by the rail’s growth opportunities and execution.

“CP reported a modest beat vs. our estimates and consensus’ on both top and bottom lines. Investors should keep in mind, however, that CP pre-announced the quarter at their October 4 investor day, allowing us and the street to raise our numbers accordingly, hence just a modest beat.

•   Revenue of C$1.89 bn was slightly above our and consensus’ C$1.86 bn and C$1.88 bn estimates, respectively. The strong revenue this quarter—and slight beat over our estimate—was driven by higher yields than anticipated for virtually all of CP’s carload types, with carload volumes coming in roughly in line with our estimate.

•   Operating income of C$790MM marginally beat our and consensus’ expectations. The company’s OR of 58.4% was worse than our 57.5% forecast and consensus expectation of 58.1%, though again, CP’s announced OR is far better than our OR estimate from prior to the investor day and our subsequent model adjustments, when it was a shade under 60%.

•   Thus far this quarter, the analyst community has been continuing to hear companies address tariffs and concerns of a pre-tariff pull-forward of freight. On the call, CP management noted that they have started to see a little bit of pull forward over the last few weeks. Though they said they’re not sure whether the pull-forward is the beginning of a little peak, or evidence of a real pre-tariff pull forward, we believe that it is more likely the latter. That being said, CP closed their tariff commentary by noting that only 3-4% of their business is affected by tariffs, as their Asian business is spread across many Asian countries, and not exclusively China.

•   At their investor day, CP updated their full-year outlook for 2018, expecting adjusted EPS growth in excess of 20%, increased from low-double digit growth in the company’s previous guidance. In addition, for 2018-2020, CP expects RTM CAGR to be mid-single digits, double-digit CAGR in adjusted EPS, and annual capex of $1.6bn. Lastly, management had said at the investor day that land sales for 4Q would be around $50MM, but now believes that they will be closer to $30MM, with two deals pushed to 2019, and a third deal that may close in December but also may be pushed to 2019.

•   CP’s Net Debt/EBITDA ratio has steadily decreased from 2.9x in 2016 to an estimated 2.3x by year-end 2018. At the investor day, Vice President Investor Relations Nadeem Velani noted that he is targeting a 2.0x-2.5x range for the longer term, while maintaining the current BBB+ credit rating (improved from BBB-). With CP leaving annual capex spend at $1.6 bn for 2018-2020 while generating increasing free cash flow, it was no surprise that they announced earlier this week that they are seeking Toronto Stock Exchange (TSX) approval for repurchase of approximately 5.68 million of its common shares, or roughly 4% of CP’s float. Management stated that they had been planning on pursuing the share repurchases in December, but with the recent volatility in the stock market, felt that now would be a better opportunity to seek the authorization and begin the purchases.