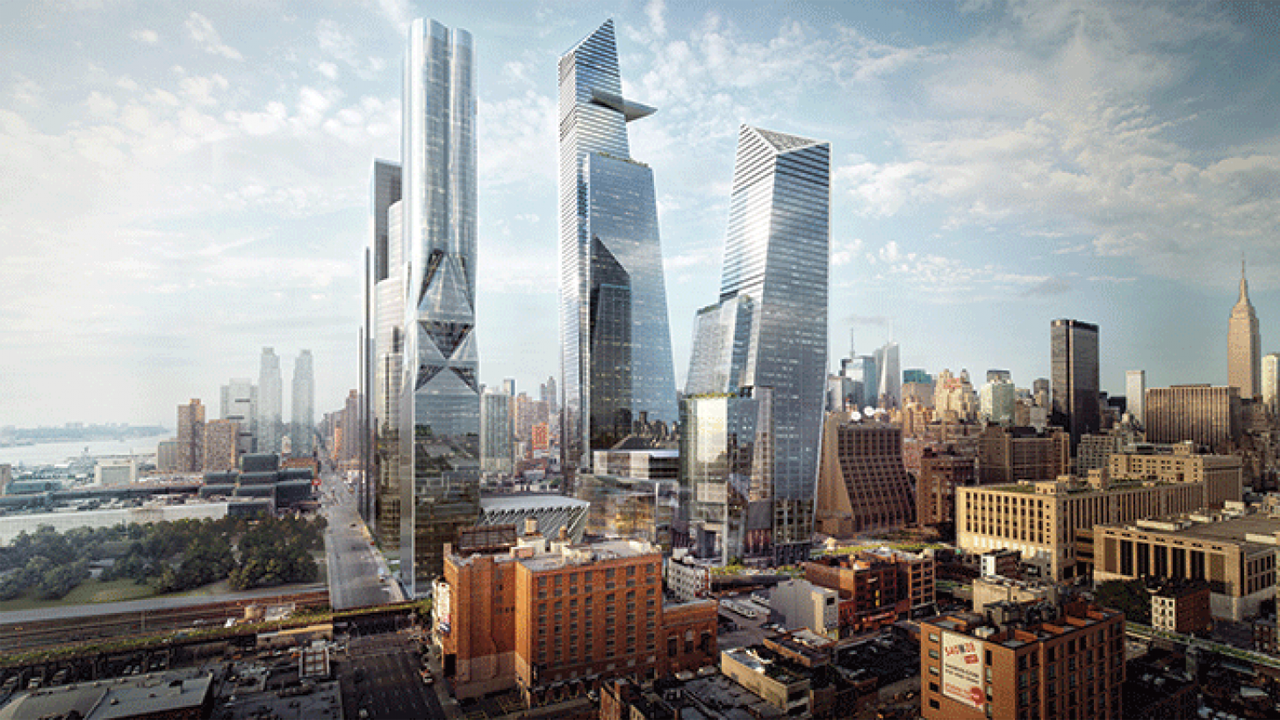 One thing we have learned from Trump City and New York’s Hudson Yards project: There is gold buried in old rail yards. Once combined with advanced technology like AI (artificial intelligence) and automation, you could be seeing the next great infrastructure boom in America. The amazing thing is that “Railways 1.0” has quietly had a huge impact—but a much bigger one is coming.

Donald Trump survived his bankruptcies mainly because he owned the rights to the former New York Central/Penn Central freight rail yards, which were used until the 1970s, when Penn Central declared bankruptcy and its Manhattan properties were put up for sale. The State of New York acquired the property. The northern portion was used for construction of the Jacob K. Javits Convention Center; the southern portion became the Long Island Rail Road John D. Caemmerer West Side Yard, a storage and maintenance facility.

This lesson was not lost on one of Trump’s political donors, billionaire real estate developer Stephen Ross, CEO of Related Companies, who was able to develop the air space above West Side Yard into Hudson Yards, a new $5 billion city-within-a-city. He also delivered the New York Metropolitan Transportation Authority a billion-dollar payday and a gleaming bauble for New York City.

How these deals were financed might also be the key to revitalizing America’s infrastructure. After all, almost every major city in America is sitting on some version of decaying rail assets, and everyone is looking for funding.

Rails to Real Estate to SuperRails

While this sounds like a nationwide opportunity for the railroad industry to cash in on underutilized property, it is about to become a lot more charged. To begin with, it requires a radical change in the way railroads are viewed. Safety, rather than just being important and a shared obligation with the public, will become foundational and fail-safe. The next generation could utilize such properties, but at far greater efficiencies. So these properties will be worth even more—but only to companies with the vision and technological understanding to leverage it.

If true, then it is only a matter of time before Silicon Valley billionaires join the real estate billionaires and define this next opportunity. Instead of covered-over Amtrak or MTA or NJ Transit lines, think of robot-managed highways that sprout amazing new car-less, truck-less mini-cities that can be supplied on demand by rail-driven automation. It can be done.

It can even be financed creatively, because this kind of property has appeal to international investors. Trump found $250 million in Taiwan. Related Companies turned property into an EB-5 zone by connecting it to a housing project in Harlem, and then essentially sold green cards along with shares to the tune of $1.2 billion.

Since most American cities grew up around freight rail lines, some of which have been devastated by the trucking industry, they are sitting on some of the world’s most valuable underused real estate assets. Once the prospect of mini-cities emerges and the possibility of using the underlying rail lines to service them grows, the game shifts to the better player—and that may not be the rail industry.

For one thing, the rail industry doesn’t have the money that tech has. When the carriers threatened to curtail certain operations over their dispute with Congress on the PTC implementation deadline, they valued the impact on the U.S. economy at $20 billion. By contrast, WeWork, a tech-enabled shared-office company with little more than a management system and massive lease obligations, is worth more than $40 billion. Uber, which owns no rolling stock, is currently worth $56 billion. Google and Amazon’s values are in the hundreds of billions.

The simple question to ask: If you were a tech exec, what would the railroad of the future look like to you? That would be something like the Internet but in steel—a high-tech-managed system with AI and automation, multiple simultaneous transmissions, greater speed and throughput, with multiplexed the rail lines.

While much of the general public mistakenly perceives the railroad industry as a 19th century institution saddled with an early 20th century signal system, unrelated to Silicon Valley, the fact is that railroads were one of the spawning grounds of the computer revolution. MIT coined the term hacker in the 1940s at its Tech Model Railroad Club. The club today concentrates on automation and computerization.

Think of what Amazon has done to retail. By using automated warehouses, trucks and the existing mail and parcel delivery services, it has eviscerated the retail industry. Toys R Us, JC Penny and Sears are all gone or will be. Lord & Taylor’s flagship store on Fifth Avenue is now a WeWork shared tech office space. So why wouldn’t the tech industry look at creating rail-fed cities circled by automated warehouses to supply everything from food to industrial supplies? With technology and automation, they are likely to be safe enough to intersperse with commuters.

Are the railroads likely to show leadership here? Trump bought properties from the Penn Central bankruptcy. The Related Companies took out a 99-year, $1 billion lease with the MTA to build Hudson Yards. Savvy developers with deep pockets might look to acquire unused railroad-owned property, perhaps even pushing for eminent domain.

When Silicon Valley executives land their jet planes and drive their semiautonomous Teslas to take a good look, they’ll get the message. Who has the vision? Is it the railroads?

Alan Brody is a noted start-up advisor and CEO of Convean, the business strategy and event company. He is founder of iBreakfast, New York and L.A.’s longest-running Digital Media Executive Networking Group, and STARTUPALOOZA, among the nation’s longest-running start-up forums, where he has helped entrepreneurs raise millions. Brody is also founder of Blockchain Breakthroughs, the leading roadshow for Blockchain, ICOs and Crypto Startups. He is author of Are You Fundable? a book for entrepreneurs, and founder of Angel Week and the Startupalooza pitching forum, along with the Capital Raising Workshop in eight cities. Brody created the Marcom Awards, the first awards program for online advertising and marketing (now ADWEEK’s Icon Awards). He has been a columnist for divisions of Advertising Age and ADWEEK, and has authored a book on marketing and cigarette branding. He is one of the leading personalities in a new startup TV series, Break Through The Crowd, on the worldwide ZeeTV network. His first job in life was as a conductor on the South African Railways South Coast line from Durban.