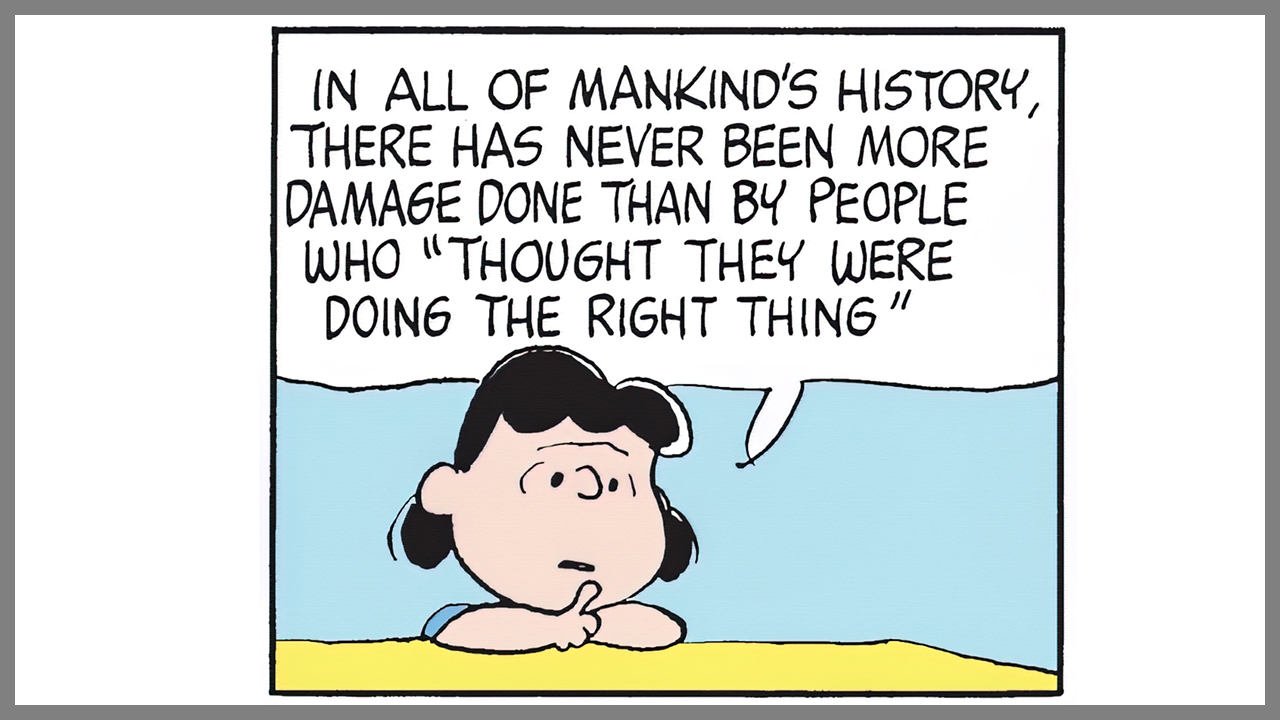 “Biden stabs unions and workers in the back,” shouted a headline describing rail labor’s reaction following the President’s Dec. 2 signing into law of a congressional resolution (H.J. Res. 100) imposing on four holdout rail unions a collectively bargained Tentative Agreement ratified by eight others. Congressional resolutions, having the same force and effect as laws, are used to enact temporary legislative objectives.

Rail labor could have celebrated that a rail strike was avoided, thus protecting member paychecks and healthcare benefits; that union strike funds were not depleted providing 115,000 picketing members $100 daily in subsistence relief; that up to $16,000 in retroactive pay would be on its way to members; and that the imposed Tentative Agreement meant a 24% wage boost, $5,000 in bonuses and a cap on healthcare insurance cost sharing.

Instead, rail labor bemoaned the Senate’s refusal to be a fellow traveler with the House and provide through the legislative process (H. Con. Res. 119) what labor failed to achieve through collective bargaining—seven days of paid sick leave.

Had the Senate concurred in passing H. Con. Res. 119 (the paid sick-leave mandate) as a companion to H.J. Res. 100, decades of congressional legislative precedent in dealing with threatened and actual nationwide rail shutdowns would have been relegated to the dust bin of history. Eviscerated would have been decades of bargaining-table precedent, stability and mutual trust.

Ushered in would have been a perilous era of political gamesmanship, fueled by political campaign contributions, creating a palpable threat to survival of America’s oldest and quite pro-worker labor law—the 1926 Railway Labor Act, which guarantees a right to organize, be represented by a union of the workers’ choosing, and requires employers to bargain collectively with unions over wages, benefits and work rules.

In fact, labor negotiators did not place paid sick leave high on their list of objectives at the start of collective bargaining in January 2020, nor were congressional supporters of the paid sick leave mandate mindful that during previous rounds of collective bargaining, labor negotiators opted instead for alternative increases in compensation, including other forms of paid leave.

Sometimes, it takes a figurative child, such as Charles Schultz’s “Peanuts” character Lucy Van Pelt, to yank adults back to reality. “In all of mankind’s history, there has never been more damage done than by people who thought they were doing the right thing,” offered that part-time dispenser of a nickel’s worth of psychiatric help.

Rail labor’s narrative won the PR battle, convincing opinion leaders—and thus many in Congress, who follow closely public opinion—that the railroad industry is a miserly Ebenezer Scrooge, swimming in profitability, profligate in rewarding investors, but brazenly stingy with its workforce.

Minimized was the role of profits and investor confidence in making unionized rail worker compensation higher than that earned by some 95% of American workers.

Especially missing in the debate is whether Congress should choose private-sector winners and losers, and what effect a partisan congressional thumb on the scale means for the future of rail industry collective bargaining. Labor should contemplate the tables being turned and a management-friendly congressional majority rolling back to 15%—as part of a strike-preventing resolution—the already negotiated 24% wage increase.

This is not to suggest that railroads be excused from denying their workers paid sick leave, which the Bureau of Labor Statistics says is available to 80% of other private sector employees. This is especially so given the rail industry’s extraordinary profitability—owed, in significant part, to cost-saving headcount reductions and the improved productivity squeezed from remaining workers.

In human costs, causing employees to feel as if they are disposable wooden pencils—no matter their compensation level—is antithetical to building and maintaining the morale and teamwork essential for railroad safety and world-class service on what is America’s largest shop floor—the 140,000-mile U.S. freight rail network.

When workers feel pressured to report to work sick—so as to avoid lost pay and not be penalized for violating carrier availability policies—their ability to perform efficiently and safely is compromised. Sleep scientists, who equate going to work tired with going to work drunk, say also that being even mildly sick can impair brain function and the exercise of judgment. In an industry where personal injuries too often are career ending or fatal, and where a train accident involving hazardous materials can threaten the lives of thousands, this is not a trivial matter.

House Transportation & Infrastructure Committee Senior Republican Sam Graves of Missouri—likely to chair the committee come January—asked in opposing congressionally mandated paid sick leave, “Who needs a National Mediation Board (NMB) and Presidential Emergency Board (PEB) when one side or both sides can skip actual bargaining” and seek from Congress what they can’t otherwise achieve?

Egregious is that labor-friendly lawmakers sought to rewrite, as a political favor, a collectively bargained Tentative Agreement already ratified by eight of 12 unions. There were no oversight-committee hearings held; no expert witnesses called; no testimony from railroads and their unions; and but 30 minutes of floor debate allowed before the provision was presented for voting.

When Congress in 1926 passed the Railway Labor Act (RLA), it did so in collaboration with nascent labor leaders and rail management—the intent being a manual of labor relations peace to prevent nationwide rail shutdowns.

Since, on the rare occasions collective bargaining has not produced ratified contracts, Congress, with strong bipartisan agreement, has preemptively prevented or ended nationwide rail shutdowns by imposing PEB recommendations or ordering binding arbitration by neutral arbitrators familiar with the rail industry.

It is doubtful the RLA could have survived these past 96 years were partisan politics instead determining collective bargaining outcomes as was attempted earlier this month.

Will Railroads Do the Right Thing?

Public opinion favors unionized rail workers obtaining paid sick leave, and perhaps it will be volunteered by a chagrined industry, where two of the Big Four CEOs are relatively new and sounding less confrontational than their labor negotiators who created this PR nightmare for railroads.

CSX CEO Joseph R. Hinrichs, just three months on the job from heading Ford Motor Company’s global automotive operations, has been meeting with workers at all levels to deliver a promise of “One CSX” where “we serve our employees and our employees serve our customers.”

At Norfolk Southern (NS), Alan Shaw, elevated to CEO barely a year ago, still carries from Virginia Tech (where he earned undergraduate and graduate degrees) the motto, “Ut Prosim” (“That I might serve”). His first day on the job was invested at an NS yard in Chattanooga, Tenn., where he spoke of an “inclusive workplace where everyone feels valued.”

Whether this new top-management attitude on eastern railroads is legitimate, spreads west and eventually brings down ubiquitous informational picket signs proclaiming, “They use us and they abuse us” (such as will appear at a union “solidarity rally” on the Senate side of Capitol Hill Dec. 13) remains to be seen. Collaboration with labor on a mutually acceptable paid sick leave policy is a logical second step.

A less desirable outcome for railroads—as it injects partisan politics into collective bargaining—is President Biden issuing an Executive Order (E.O.) that railroads provide employees with seven days of paid sick leave as President Obama required of federal contractors (E.O. 13706). The Biden E.O. would expand the definition of “federal contractor” to include common carrier railroads as he did Sept. 21, 2021, in issuing E.O. 14042 requiring of federal contractors that employees be vaccinated against COVID-19. Railroads were included. Union Pacific, at the time, concurred it is a federal contractor and all Class I railroads complied with the E.O. Railroads might still challenge an E.O. on paid sick leave, however, contending, for example, that it is a subject intended by the Railway Labor Act for collective bargaining. In fact, the legality of such an E.O. also may turn on the Centers for Disease Control’s power to issue health directives pertaining to interstate commerce. Executive Branch power may be limited given that Congress voted such a mandate down when implementing the Temporary Agreement.

Also percolating is legislation making paid sick leave the law of the land. In 2021, Senate Labor Committee Chairperson Patty Murray (D-Wash.) and Rep. Rosa DeLauro (D-Conn.) introduced identical bills (S. 1195 and H.R. 2465) to that effect. Neither, however, earned a Republican co-sponsor and no hearings were held.

Failure of railroads to confront employee grievances will further kindle workplace tensions, invite additional media attention, and incite labor leaders to continue the risky gambit of playing the political card, threatening survival of the one labor law that has served rail unions and their members well since 1926.

Railway Age Capitol Hill Contributing Editor Frank N. Wilner is author of “Understanding the Railway Labor Act.” He formerly was a White House appointed chief of staff at the STB, assistant vice president for policy at the Association of American Railroads, and director of public relations for the United Transportation Union and its successor Transportation Division of the International Association of Sheet Metal, Air, Rail and Transportation Workers. He earned undergraduate and graduate degrees in economics and labor relations from Virginia Tech.