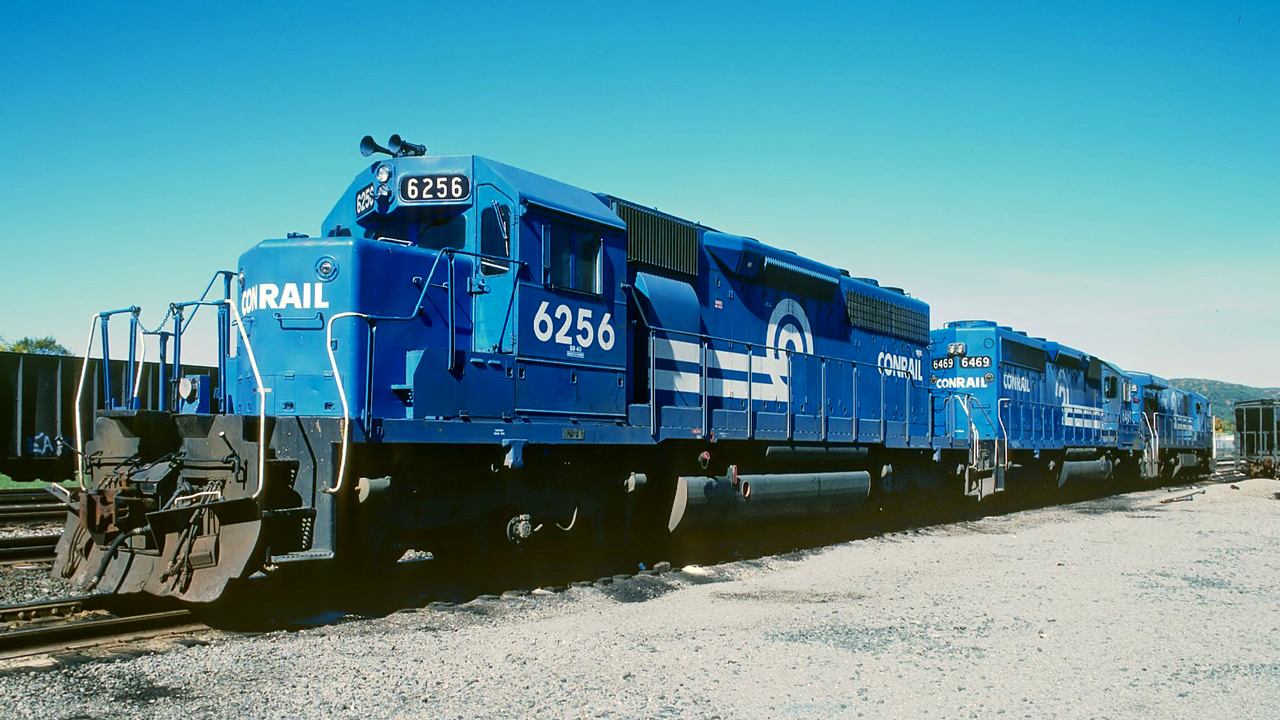 Nothing burnishes an image like death. Ask Richard Nixon, not that you can, and that’s part of the beauty of the whole process. Once he or she is effectively and permanently silenced, memory can go to work blurring those hard edges, air brushing away those unfortunate blemishes on what some call a soul. And we’re left with “the great contributions.”

This does give succor to some of us, by the way; a possible rosy future after the inevitable dead and gone, when those poor fools who couldn’t or wouldn’t do what we told them to do think back fondly to the times we broke the phone(s) on our end after melting the phone(s) on their end. It’s not hope that springs eternal. It’s nostalgia, and I’m counting on it.

1) Never met the man, never worked for him or on any railroad where or when he was CEO, COO, or Chairman.

2) It’s been 35 years since I last worked full-time for a full-time freight railroad (“Big Conrail”), but I think I’ve kept up, and I think the principles of operation have not changed: a) deliver the service, reliably, repeatedly, without damage or injury; b) every operating decision is a financial decision, and vice-versa.

3) I think it makes sense to discuss this despite the fact carloadings have crashed so dramatically.

Harrison, you will remember and maybe fondly, ran railroads for a living, and quite the living it was. The better description would be he ran railroads for the jackpot, and collected. Nothing wrong with that. We all love the railroads, but we wouldn’t do it for free, right?

Hunter preached the Gospel of Precision Scheduled Railroading (I cannot believe he didn’t trademark that, or buy the web domains). I’m pretty sure only he knew what he meant by PSR, and I’m pretty sure he probably changed the meaning as circumstances changed. I know railroads and others surely have changed the meaning as circumstances have changed.

And of course and as always, there’s the lip service to safety, as in “safety is the first priority,” although in some places, it happens to be listed as the fifth or the sixth component of PSR.

We the living get to make whatever we want out of PSR, from running longer trains to running shorter trains; from closing classification yards to making more and more specific classifications for every train we run, whether it’s longer or shorter; from stressing the importance of management buy-in to buying-out managers by the hump-load; from focusing on the individual customer and the individual carload, to watching as the customers proving the least profitability twist slowly in the wind.

And then there’s that other problem I mentioned, the near 30% decline in revenue carloadings since last year at this time. Do we really think we can optimize our assets out of this predicament?

Truth is, there is not all that much new in PSR, unless you consider the Staggers Act, and the downsizing, employee reductions and dramatic improvements in productivity since 1980, “new.”

Way back when, when I was without a gray hair in my mustache, much less my head, we at Conrail were all about improving schedule performance and service delivery. We were all about reducing yard dwell time, increasing yard cars dispatched per crew hour, and (my personal favorite) making 100% of scheduled train-to-train connections. I can’t imagine that I’m the only one to remember that, just as I can’t imagine that my railroad was the only railroad to measure its business and operating performance with these metrics.

We were all about controlling costs, improving service, optimizing assets, particularly our most important asset—any and every railroad’s most important asset—track slots. We struggled to optimize track slots on the main lines, but since we knew, as all smart railroaders (and terminal rats) know, “make the yards run right and the main line will run itself,” the entire division revolved around optimizing the usage of class yard track slots. It was a small class yard, 30 tracks, and we made more than 60 classifications. We had no choice. We had to schedule track slots in the yard so we could maintain both the “micro” and the “macro” cycles.

The micro cycle was painfully obvious to the most casual observer:

The macro cycle was, IMO (in my opinion, you hopeless fossil), a thing of beauty. I’m not sure who developed it, but I give credit to the terminal superintendent and assistant superintendent.

B) Second Trick: Clear the class yard tracks, building the night’s “fleet”( trains to Elkhart, Indianapolis, Conway, Allentown, Enola, Selkirk, Buffalo, and (ugh) Pot Yard). Dispatch same. Hump “eastbound,” cars for the intradivisional transfers, particularly the Chemical Coast transfer, a mere 30% of our business. Make the “due cars” for the auto plants for an 11:00 PM dispatchment. Make up the Chemical Coast Transfer. Wait for 10:30 PM calls, validating your parents’ judgment: You can’t do anything right. You better marry wealthy because you are a person of extremely few talents, and those few are extremely limited. “But I’m already married,” you protest. “Figures,” says the voice on the other end. “You screwed that up too.”

C) Third Trick: Dispatch transfers, receive trains, clear class yard tracks. Make it possible for the First Trick to stuff another 900 cars into this dwarf specimen of a class yard.

We had colored pencils to mark the status of tracks on yard turnovers. Plus all the coffee and cigarettes you could ever want. Actual paper! Colored pencils! Coffee! Cigarettes! What fun!

This was a classification yard. Unit trains were not dispatched. The emphasis was on the cars arriving from different locations to make a single “location”: the trains we dispatched. It was like sorting, classifying the letters in a post office and then bundling all these 50-, 60- and 65-foot letters into proper bundles so they could be delivered—properly.

Were trains ever annulled? Of course. Trains can be annulled. The service cannot. The cars, every car, had to move daily. If there were only 20 cars for Indianapolis, those 20 had to find a train to move home. If not, the cars would occupy a track slot in the yard in excess of their allotted time.

That’s one possible meaning of PSR. Is that what’s generating the current buzz about PSR? Maybe, maybe not.

Maybe the 33% decline between 2008 and 2016 in the production of coal accounts for the noise. Maybe the 11% decline in freight ton-miles between 2008 and 2016 account for the group epiphany the Class I’s seem to have experienced regarding PSR. Maybe some realized independently, but simultaneously, that coal wasn’t coming back, and hauling reduced quantities of a low-margin commodity wasn’t a business model for a prosperous future. Maybe some, following Hunter Harrison or not, figured that as traffic declined, all those hard assets railroads had previously accumulated would now become just so much over-accumulation.

Maybe Hunter, in his time at CSX, realized that the railroads that survived this structural decline in traffic would be the railroads that merge into a transcontinental carriers, and that reducing CSX’s asset base made it more attractive to a potential partner, as well as more attractive to the hedge funds always on the prowl for a short-term payout.

Somehow, I think I’ve been through this before, but that might be nostalgia for the deja vu I used to feel.