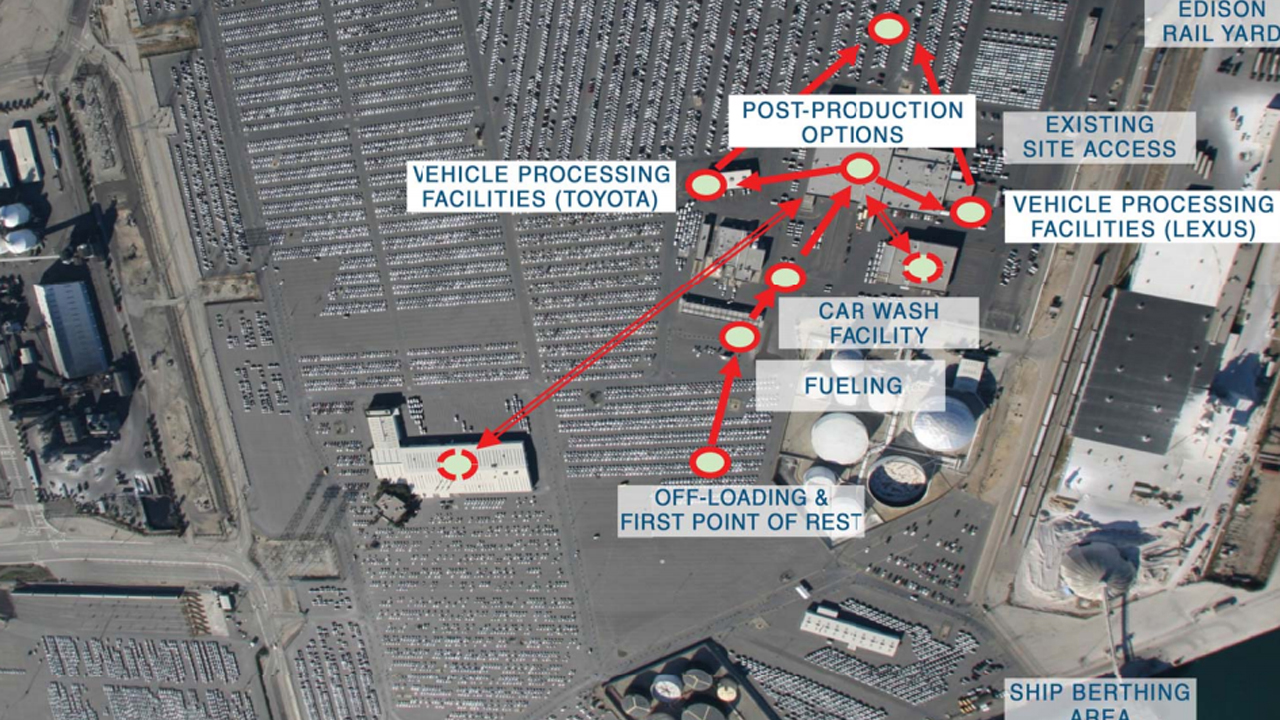 A major automotive customer of Southern California’s Port of Long Beach will redevelop its transloading marine center in a bid to improve the hub’s efficiency.

The Long Beach Board of Harbor Commissioners approved a proposal by Toyota Logistics Services to redevelop its 130-acre facility at Pier B and build a renewable energy fuel-cell power plant and hydrogen fueling station.

Toyota operates a marine terminal where imported automobiles are off-loaded from ships, processed and transported off-site via truck and rail. The planned redevelopment would make those operations more efficient.

Union Pacific and BNSF provide Class I rail services at the port. Toyota Logistics Services is also a customer of Pacific Harbor Line.

Construction on the private project is anticipated to begin later this year and be completed in 18 months. No cost estimates were specified.

Work will include replacing separate office, car washing, fueling, auto body and other facilities with a new, single building. Plans also call for construction of a 2.3-megawatt fuel-cell power plant and a new fueling station that will include hydrogen.

“Toyota is demonstrating hydrogen fuel as a viable alternative for fueling vehicles,” said Harbor Commission President Tracy Egoscue. “The example they are setting at the Port of Long Beach should be applauded not only by the goods movement industry, but by everyone who wants a sustainable present and future for our planet.”

“Toyota is one of our oldest customers,” said Port of Long Beach Executive Director Mario Cordero. “We’ve grown together during a business partnership that’s almost a half-century old, and part of the reason we’ve remained successful is recognizing the need to invest in modernization projects like this to improve our operations.”