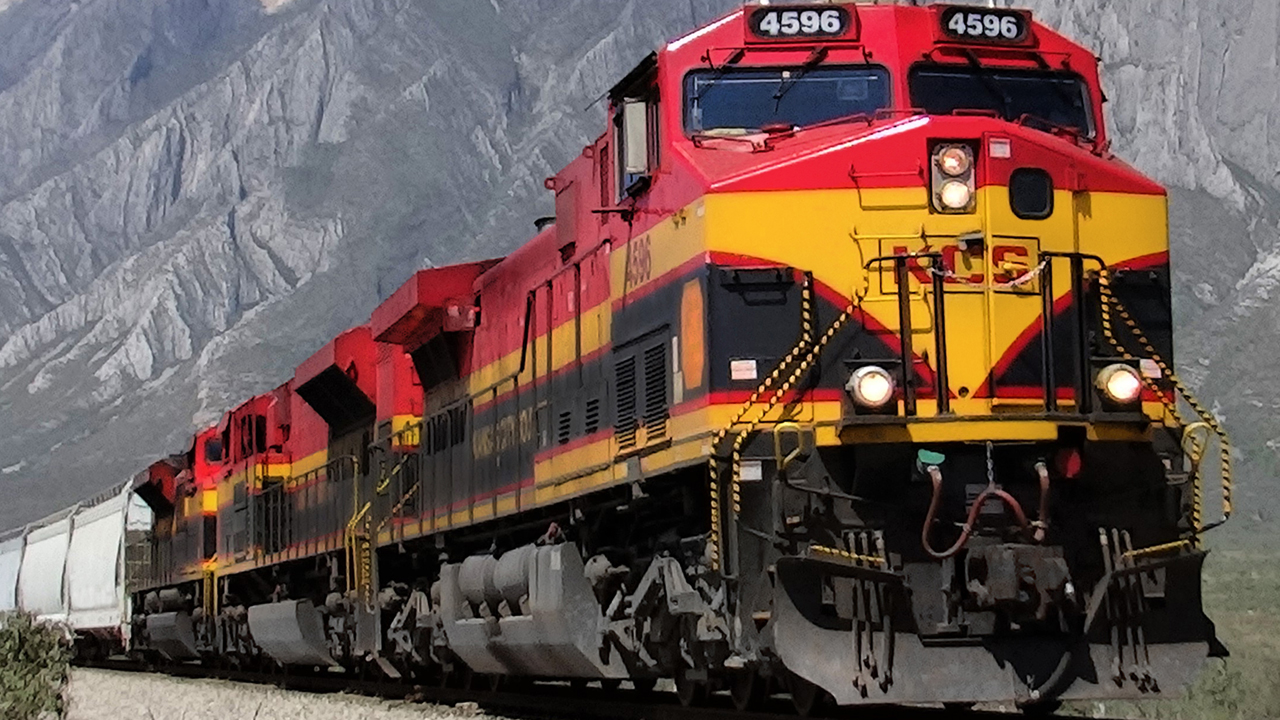 July 1, the day that the tumultuous Year 2020 turned six months old, was a watershed day in the North American railroad saga, and not because of COVID-19, which sent the economy into a crash dive. We all know the pandemic’s effects, from which it will take a long time to recover. It’s due to a five-letter acronym, familiar to many, but largely overlooked in a virus-saturated environment: USMCA, which took effect on 7/1/2020, more than two decades after its predecessor NAFTA became part of the North American economic vocabulary. NAFTA was itself a watershed agreement that helped define one of the strongest growth periods in railroading. USMCA, the United States-Mexico-Canada Agreement, is the foundation for what can arguably be called the “North American Moment.” USMCA isn’t much different than NAFTA, but it nevertheless is “momentus.”

AN OPPORTUNITY, AND A CALL TO ACTION

So how exactly could this affect North American railroads?

“The COVID-19 global health pandemic has caused multi-national companies to rethink their supply chain strategies,” says Ottensmeyer. “The strained relationship between the USMCA partners and China has introduced an emerging thesis in supply chain leaders, informally referred to as the ‘ABC (Anywhere But China) Strategy’ as they think about their future sourcing and procurement strategies.

“On April 24, 2020, U.S. Trade Representative (USTR) Robert Lighthizer notified Congress that Canada and Mexico took measures necessary to comply with their commitments under USMCA. Following that notification to Congress, the U.S. became the third country to notify the other parties that it had completed its domestic procedures to implement the agreement—the final step necessary for the USMCA to enter into force.”

Here is an excerpt of Ambassador Lighthizer’s statement to Congress: “The crisis and recovery from the COVID-19 pandemic demonstrates that now, more than ever, the United States should strive to increase manufacturing capacity and investment in North America. The USMCA’s entry into force is a landmark achievement in that effort. USTR will continue working to ensure a smooth implementation of the USMCA so that American workers and businesses can enjoy the benefits of the new agreement.”

“The combination of approval, and now entry into force, of USMCA on July 1, 2020, coupled with the emerging desire of global supply chain leaders to disfavor China, presents an enormous opportunity for investment in North America,” notes Ottensmeyer. “North American railroads will play a critical role in facilitating this opportunity and leading our countries out of the current recession. Railroads connect the U.S., Mexico and Canada, and our networks are the backbone of North American supply chains.”

Here is the challenge, according to Ottensmeyer:

“Misalignment of government policy across North America, such as the current situation caused by the lack of coordination of ‘essential services’ in the three countries, could potentially result in the underperformance of existing, well-established supply chains. If North America is able to better coordinate health and safety initiatives with other important issues such as security (including cyber), efficiency and workforce development, to name a few, there is a path for the continent to emerge as an even stronger force in global manufacturing and logistics.

“Tighter coordination and alignment of priorities between the private sector and the three governments would be extremely helpful in charting a sustainable course of action to pursue this opportunity. USMCA calls for the establishment of a ‘Committee for Competitiveness’ (Chapter 21). Specifically, this Chapter calls for this committee to be comprised by ‘authorities’ from the three countries, but also includes a sub-section allowing for ‘consultation’ of other parties. We would strongly encourage the authorities to use this moment to establish a meaningful, high-level interaction that includes key members of the private sector with this Committee for Competitiveness to meet the objectives of Chapter 21 and to assure that, unlike the 25-year-old NAFTA, the new USMCA stays current and relevant as circumstances change.”

PSR A PATH TO GROWTH?

“Gil Lamphere pioneered Precision Scheduled Railroading with Harrison at the IC, so it was fitting that he led off with a description of PSR as originally formed and what it has morphed into. Dealy then drilled down into PSR as now applied on the North American railroads: similarities, differences, challenges ahead.

“Intermodal, coal and merchandise all have different ORs (operating ratios) because of the nature of their service. The common thread of coal and intermodal is that they are point-to-point, with little activity between OD (origin-destination) pairs. Merchandise is like an hourglass: Many origins gathering at the top, flowing through a constricting middle, and being dispersed to a wide variety of destinations at the bottom. As a result, each service has a different OR as a standalone and must be managed accordingly.

“Pricing is one area that needs improvement. Intermodal pricing is pretty inelastic, and coal is customer-directed. Merchandise, however, can be priced by commodity OD pairs to be much more truck-competitive. One size does not fit all, and PSR can make possible pricing and blocking to the distant node—something Conrail pioneered years ago.

“Intermodal and coal are by nature PSR operations. There are trains originating at specific times, traveling over specific routes, arriving at specific destinations at predetermined times. Merchandise is none of the above as noted in the hourglass example.

“I got the feeling from both Lamphere and Dealy that the merchandise network would run a lot better on a transload or distribution center model. After the cars have been dealt with, the area manager puts them all together on one interchange track for the Class I to pick up—a lot like the short line model. So if the PSR model works best on point-to-point schedule trains, why don’t the Class I’s  exit all distribution services and turn the non-core branch lines over to local operators who can build the outbounds by distant node?

“The conversation didn’t touch on paper barriers. Customers would be best-served with open access to any Class I interchanging with the given short line. With PSR and trip planning in place on the core Class I’s, customers should be able to choose the routing that best fits their supply chain needs. And if some of the short line business is jump ball, so be it.

“Lamphere emphasized the need to go see customers, and said that Harrison was one of the best railroad salesman he ever saw. He knew the railroad well enough that he could easily determine whether he had a product that would meet customers’ supply chain needs, and if he did then he’d sell it. Lamphere was livid that Class I managers drive off carload business that doesn’t meet some system pricing parameters.

“If Lamphere and Dealy both say railroads run best on a PSR model and that model is best-suited to point-to-point trains, let the local service offerings be turned over to providers who can call on customers, determine the transportation needs and create a product that fits the connecting Class I’s PSR model. This is exactly what the short lines do best: Call on the customers and advise them on using the railroad to meet supply chain objectives. Since Class I sales forces have essentially disappeared, short lines can readily restore that personal touch.”