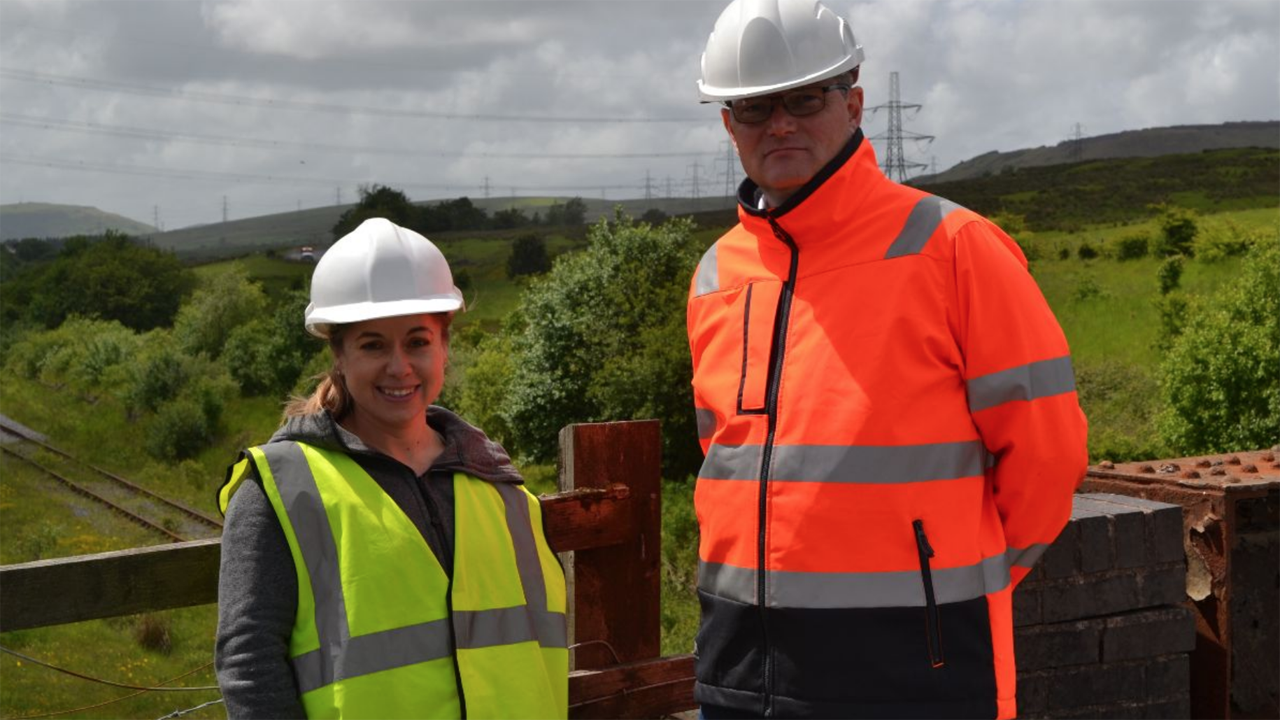 MxV Rail is a wholly owned subsidiary of the Association of American Railroads (AAR) established to support the development and deployment of innovative technologies in the rail industry. The company has a team of more than 300 rail specialists dedicated to improving the safety, reliability and efficiency of the rail industry.

Late last year, MxV Rail announced its transition to a new, independent, multi-campus operation in Pueblo due to become fully functional in October 2022. MxV Rail says the new on-track test facility will serve as the epicenter for its research, testing and training services.

Similarly, GCRE is a major infrastructure project that will provide rolling stock testing, infrastructure testing, and storage and maintenance for the British and international rail industry.

The facility is located in the former Nant Helen opencast coal mine site and Onllwyn Washery in Neath, Port Talbot and Powys, South Wales. It will feature Britain’s first net zero railway and become the one-stop-shop for railway innovation, from research and development, through testing, verification and certification, to applied innovation on main line passenger and freight railways.

The South Wales facility will include two 25kV electrified test loops, one being a 4.3-mile (6.9-kilometer) high-speed rolling stock track with a maximum speed of 110 mph (177 km/h) and the other a 2.5-mile (4-kilometer), 40-mph (65-km/h) test track. Other facilities will include a dual-platform test environment, rolling stock storage and maintenance facilities, operations and control offices, staff accommodation, shunting staff facilities, and connections to the nearby main line. There will also be secure testing environments, and equipment, systems and communications development facilities. Education, training, visitor and conference facilities and an industrial development zone are all envisioned in the wider site.

Currently a wholly owned subsidiary of the Welsh Government (SPV), GCRE was established in 2021 with an initial commitment of $52.68 million (£50 million). The British government is expected to confirm a further $10.54 million (£10 million) for research and development along with capital funding of $21.07 million (£20 million). An investment prospectus to attract private funding for the project is also in development ready for launch this fall.

“This is an exciting opportunity for both organizations to grow railway research globally,” MxV Rail president and CEO Kari Gonzales said. “After visiting the expansive facility in South Wales, we look forward to supporting GCRE in their efforts to advance rail research in the U.K.”

“We share a common ambition to support clients in the global rail industry through the development and operation of purpose-built railway testing centers,” says Simon Jones, Chief Executive of GCRE. “Our collaboration will enable these clients to accelerate innovation and improve their own customer’s experience, reduce costs and accelerate decarbonization. This isn’t an exclusive agreement, but it signals our intention to work together to exchange information, compare knowledge and support our clients with access to our facilities and expertise. It’s a really important step forward for the development of GCRE, and our own high-tonnage infrastructure test loop—we’re delighted to have the support of the MxV Rail team.”

In related developments, U.K.-based Ricardo and MxV Rail earlier this month signed a strategic alliance agreement that will bring together the two company’s engineering and testing capabilities. Also, MxV Rail in May reported the groundbreaking of the first test loop at its new Pueblo facility.