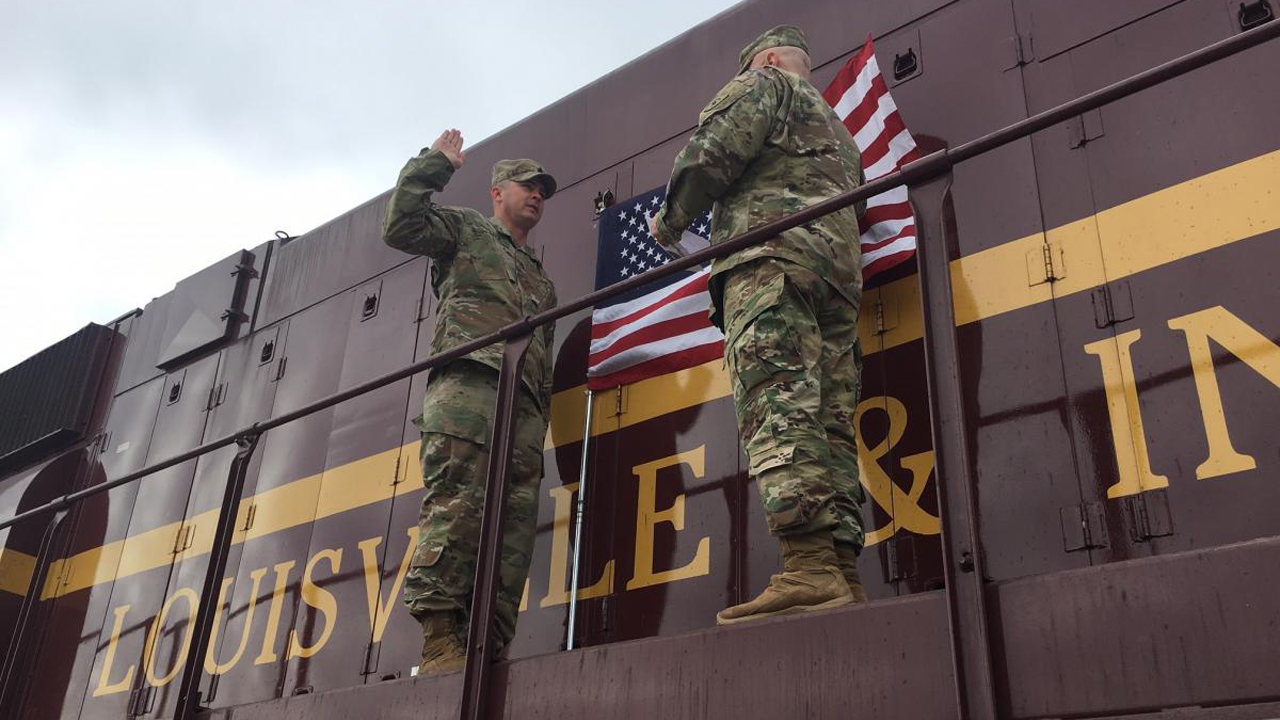 A recent ceremony involving the Louisville & Indiana Railroad and an online U.S. military base shipper gives new meaning to the term “troop train”.

When Indiana National Guard Staff Sgt. J.L. “Jay” Fleck decided to extend his 18-year military career, he chose to be sworn in at what, for him, is the perfect location: the running board of a Louisville & Indiana Railroad (LIRC) diesel locomotive.

The ceremony fit in with Fleck’s duties as the non-commissioned officer in charge of rail movements at Indiana’s sprawling Camp Atterbury, a major training base located outside Edinburgh and served by LIRC.

[The camp was named in honor of William Wallace Atterbury, an Indiana native who began his career as an apprentice at the Pennsylvania Railroad’s Altoona shops and rose to become president of the railroad.]

Fleck began his career in 2001 with the Marines and after four years of active duty signed up with the Indiana National Guard. In his current assignment, he helps oversee the Atterbury Rail Deployment Operations Facility, which has partnered with LIRC to stage large-scale deployments by rail.

“As a transportation coordinator, I thought it would be a once in a lifetime event to re-enlist for six more years, right on the locomotive,” said Fleck. “This was my final re-enlistment until I retire in five years or so.” Conducting the swearing in was Chief Warrant Officer 3 Jimmy Hunt, Camp Atterbury’s railhead officer in charge.

The railroad’s close association with the Army and National Guard intensified in 2017, when LIRC and Osborn Transport worked directly with the Guard’s 76th Infantry Brigade Combat Team to execute a major deployment of troops and equipment from Camp Atterbury. The brigade-level operation involved moving approximately 309 railcars, 1,207 pieces of equipment, and 6,000 soldiers to Fort Polk, La., in three unit trains.

Impressed with the operation, the Illinois National Guard staged a similar deployment to Fort Polk in 2018. The Minnesota National Guard also has conducted training at the camp.

“We have always moved the Army all around the country and world by air and sea, but our 2017 move was the first exciting rail movement of an entire infantry brigade combat team,” said Fleck. “We are definitely excited to have this opportunity for the Army to work hand in hand with our counterparts in the civilian sector.” 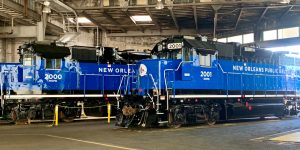 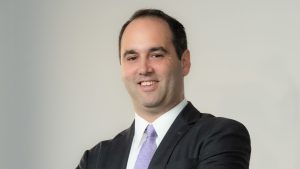