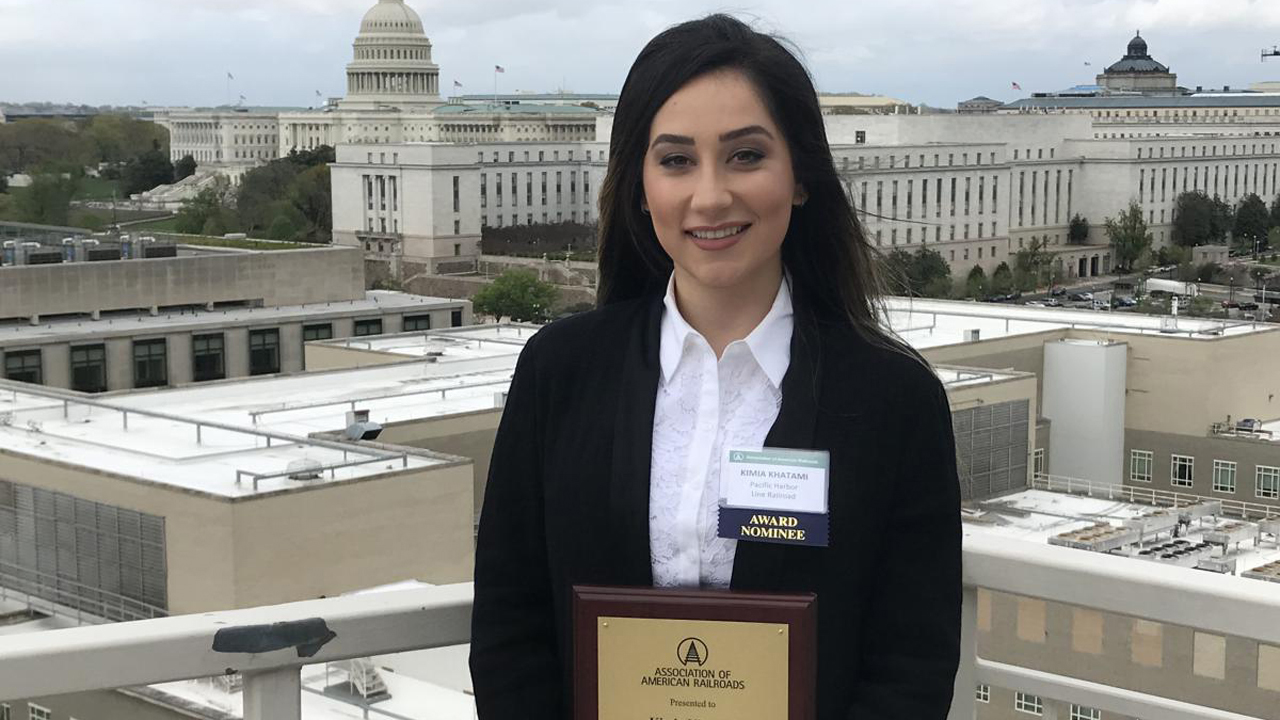 Kimia Khatami, Director of Customer Service for Pacific Harbor Line (PHL), has been named President of the Harbor Association of Industry & Commerce (HAIC), a commercial and industrial trade association representing the business community of Long Beach and Los Angeles harbors.

Formed in 1975, HAIC plays a key role in advocating for its members on issues of trade, transportation, energy, environmental and land use. Khatami says her key challenge will be to represent the association in the development of legislation affecting harbor interests.

Pacific Harbor Line is a subsidiary of Chicago-based Anacostia Rail Holdings and was organized in 1998 to provide railroad switching, track maintenance and dispatching services to the two ports, which together are the top intermodal gateways in the U.S.

Khatami joined PHL in 2015 and was promoted to her current position in 2018. A graduate of Brigham Young University, she began her railroad career at Union Pacific, where she held various positions in marketing and sales. Her experience at PHL includes managing commercial projects, government relations, business development and environmental regulatory compliance. In addition, she helps organize lobbying efforts in Sacramento to educate elected officials about the beneficial economic impact of international trade on their districts.

Her efforts in the environmental area were recognized in 2017 when she was nominated for the Association of American Railroads’ John H. Chafee Environmental Excellence Award for her work in ensuring PHL’s compliance with environmental regulations in ports. She holds several industry-related leadership posts including the California Short Line Railroad Association and the Long Beach Chamber International Business Association.

“I am truly honored that the executive board recommended me for the position and that the rest of the board of directors approved the appointment,” said Khatami. “The HAIC has proven to be an invaluable asset to businesses within the harbor community and my goal is to grow that influence even further this coming year.”

“My career passion has always been a combination of railroading and the study of broader transportation policy issues,” Khatami added, “so having a platform upon which to support our community and ensure its voices are heard is a responsibility I do not take lightly.”

“Kimia is a professional in her craft and her selection as HAIC President speaks volumes for the work she does for Pacific Harbor Line and its partners,” said PHL President Otis L. Cliatt II. “Her dedication to the global transportation industry is unparalleled. She’s setting an example for the next generation of leaders.”