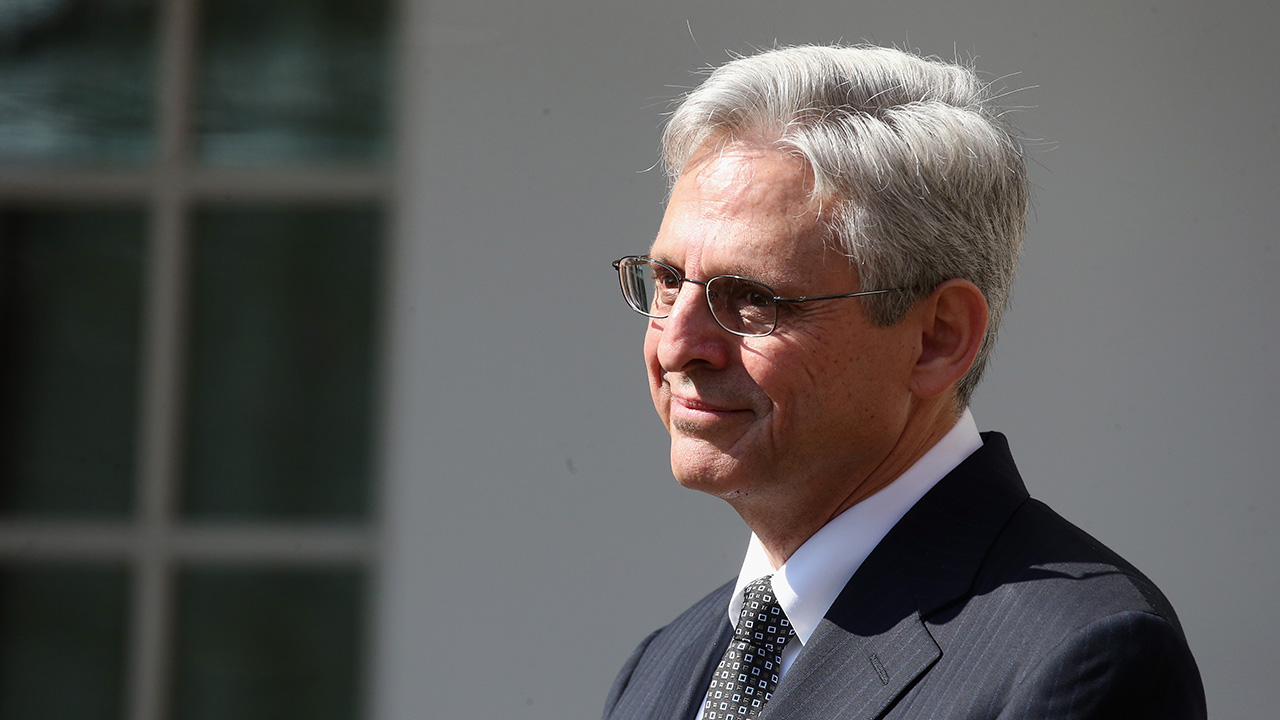 U.S. Court of Appeals for the District of Columbia Circuit Chief Judge Merrick B. Garland. Photo by Mark Wilson/Getty Images.

A 2007 class-action antitrust suit brought by a large group of rail shippers against four Class I railroads took yet another turn in its 12-year court dance, this one in the defendants’ favor, when the U.S. Court of Appeals for the D.C. Circuit ruled on Aug. 16 against class-action certification. The plaintiffs contend that the railroads—BNSF, CSX, Norfolk Southern and Union Pacific—colluded to engage in unlawful price fixing to set fuel surcharges.

The court, presided over by Chief Judge Merrick Garland and also including judges Judith W. Rogers and Gregory G. Katsas, ruled that the data evidence to support class certification was insufficient: “The plaintiffs’ regression analysis—their evidence for proving causation, injury and damages on a class-wide basis—measured negative damages for more than 2,000 members of the proposed class,” which consists of 16,065 plaintiffs. “[T]he damages model … indicates that 2,037 members of the proposed class —or 12.7%—suffered ‘only negative overcharges’ and thus no injury from any conspiracy … So even assuming the model can reliably show injury and causation for 87.3% of the class, that still leaves the plaintiffs with no common proof of those essential elements of liability for the remaining 12.7%.”

“Measured negative damages.” “Negative overcharges.” In my non-legalistically-conditioned brain, those terms mean the plaintiffs got shafted by their own fuzzy math. Thus, no class-action certification, at least this time around.

However, the circuit court’s ruling is not a victory for the railroads, as the press release announcing the decision said. A public relations firm retained by the carriers’ army of lawyers (see below) called it a “big win.” Fact is, the press release—which dopey me bought lock, stock and barrel at the outset—was downright misleading:

“In a big win for U.S. freight railroad companies in an antitrust case, the U.S. Court of Appeals for the D.C. Circuit ruled the nation’s four largest railway companies in the United States did not fix prices. A group of over 16,000 rail shippers alleged the railway companies … were engaged in a ‘price-fixing conspiracy,’ and pointed to economic analysis as evidence. But the court disagreed, ruling the data evidence was not sufficient.”

Let’s attempt to get to the truth. According to a reliable legal source, “Prior District Court decisions, which two D.C. Circuit decisions on class-certification did not challenge, found that collusion (really, conspiracy) did occur. The issue on appeal was whether the class identified by the plaintiffs had sufficient commonality to proceed as a class. The D.C. Circuit said it did not because of the more-than 2,000 shippers apparently not damaged. Individual plaintiffs can proceed with individual complaints because conspiracy has, thus far, been found to have occurred. Trial may still have to be held on the final proof, but the appellate ruling had only to do with class-action certification, not whether the railroads conspired to violate antitrust laws.”

“This is a judicial swamp with multi-billion-dollar exposure hanging over railroads that are alleged by customers to have engaged in unlawful price fixing to set fuel surcharges. Shippers contend that the surcharges had less to do with recovering higher fuel costs than serving, collectively and in violation of the antitrust laws, as a back-door rate jump intended to boost rail revenue and profits.

“Although this circuit court decision validating a lower federal court’s ruling is another step toward judicial closure (out-of-court settlements still are possible) the ‘Fat Lady’ is still lounging backstage in street clothes, sipping a latte and idly thumbing through Vogue magazine. In fact, an appeal of the circuit court decision to the Supreme Court could occur, and even if certiorari* is denied, an appeal could delay all parallel judicial actions.

“For railroads, the darkest clouds do indeed remain in the form of lawsuits brought by individual railroad customers—and some likely are still in the works. Many larger shippers were not party to the class-action suit, as they possess sufficient resources to pursue this multi-billion-dollar dragon individually, with gusto. And if this circuit court decision closes with finality the class-action approach, those shippers still have almost two months, under a tolling deadline, to file individually. This would include many who have yet to enter the fray awaiting a decision on class-action status. A Supreme Court review of the circuit court decision could extend that tolling deadline.

“Although the Surface Transportation Board ruled more than a decade ago that railroads could collect fuel surcharges only to the extent of recovering actual incremental increases in fuel costs, the STB merely called the higher recovery an ‘unreasonable practice’ and took no further action. Thus, the move by shippers to recover excess costs under the antitrust laws that could triple the award. Although not tied to the litigation, among the numerous rulemakings sitting fallow for years at the STB—where progress sometimes is measured in sloth speed—is one setting a standard for assessing fuel surcharges.

“Almost five years ago, the STB invited shippers, railroads and other interested parties to comment on such a standard, which allows railroads to rely on an STB-approved fuel index to measure changes in fuel prices for purposes of their fuel surcharge programs. The comments were made as requested, but they proceeded no further than being parked on hard drives at the STB.

“The STB told Congress in October 2018 that the reason for delay in the docket, formally docketed as Ex Parte No. 661 (Sub-No. 2), Rail Fuel Surcharges (Safe Harbor), was ‘potential changes to the Board’s membership.’ The STB did not provide a timetable for resolution, nor has there been any subsequent activity in the docket at the agency.”

The circuit court’s ruling is only the latest is this series of twists and turns that’s been going on for the past 12 years. In November 2014, the United States District Court for the District of Columbia ruled in favor of the plaintiffs in a matter involving the credibility of their principal expert witness. “This case has been there and back again—through one round of class certification, an appeal to the D.C. Circuit, and now a second round of class certification briefing after the court of appeals vacated the Court’s prior decision certifying the class and remanded for further consideration,” wrote United States District Judge Paul L. Friedman in his Nov. 26, 2014 opinion and order (Docket no. 756). Three years later, Friedman denied class certification; an appellate court had recently returned the case to the District Court.

What could the final outcome be? Well, history could repeat itself, and there is precedent.

“This antitrust action has the potential of costing railroads far, far more than a previous unpleasantness under the antitrust laws,” Wilner says, citing a lawsuit from more than 40 years ago that took about a decade to conclude:

“Beginning in the late 1970s, Energy Transportation Systems, Inc. (ETSI) sought federal legislation granting coal slurry pipeline operators the power of federal eminent domain to secure rights-of-way over private land for high-volume coal slurry pipeline construction. ETSI sought to construct a 1,387-mile coal slurry pipeline to move at least 25 million tons of coal annually from Wyoming’s Powder River Basin to points in Oklahoma and Arkansas, and to a barge facility on the Mississippi River. Fighting that pipeline’s construction proved expensive for five railroads after ETSI accused them of having unlawfully conspired in opposition.

“Burlington Northern (now part of BNSF), Chicago & North Western (now part of Union Pacific), Kansas City Southern, Union Pacific and Missouri Pacific (now part of UP) all settled out of court for a reported total of $285 million (equivalent to some $600 million today). But Atchison, Topeka & Santa Fe (AT&SF, now part of BNSF) declined to settle, going to trial and losing—a Houston jury awarding ETSI some $345 million in 1989, which was tripled, under the antitrust laws, to $1.035 billion. The award against AT&SF was reduced to $750 million after subtracting the amount paid to ETSI by the other railroads. ETSI then settled with AT&SF for $350 million to avoid further court action.”

So indeed, “It ain’t over ’till the fat lady sings,” a colloquialism meaning that, in this particular case, the railroads’ lawyers (or the lawyers’ public relations firm) should not presume to know the outcome of an event still in progress.

Stay tuned. Don’t choke on the smoke, and watch for those mirrors. You can observe a lot by watching.

*Certiorari is a court process to seek judicial review of a decision of a lower court or administrative agency. 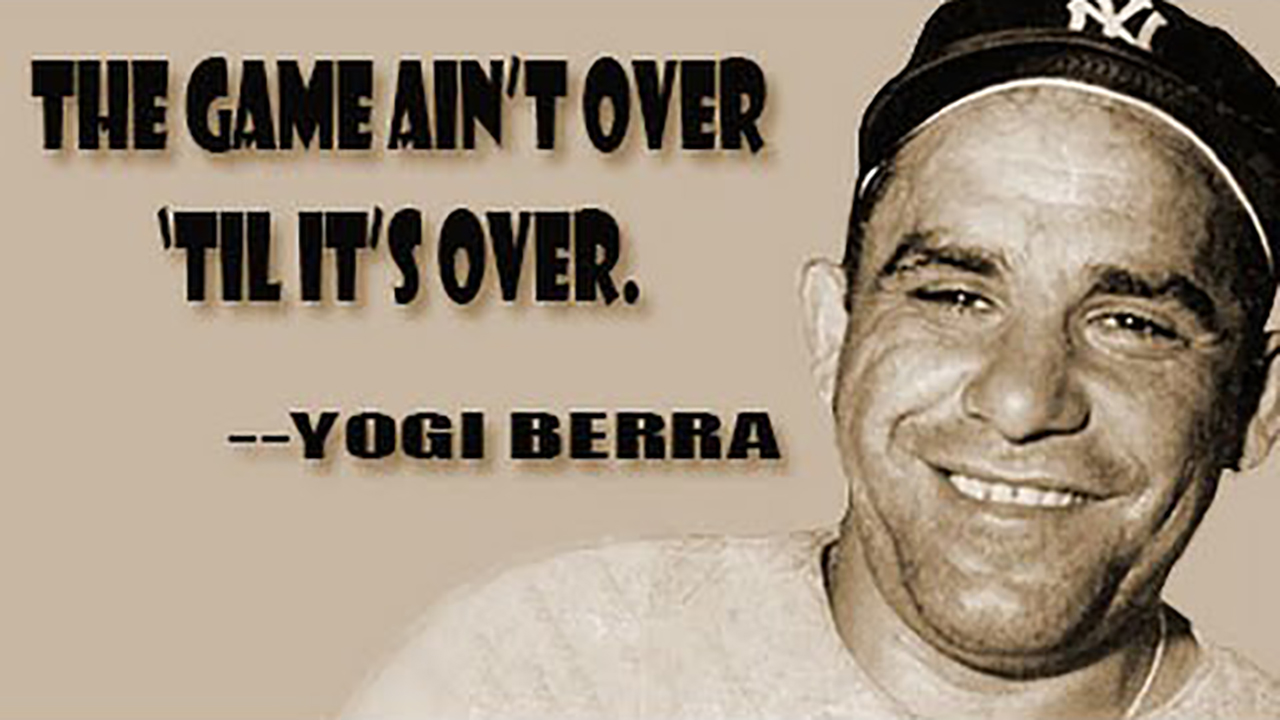