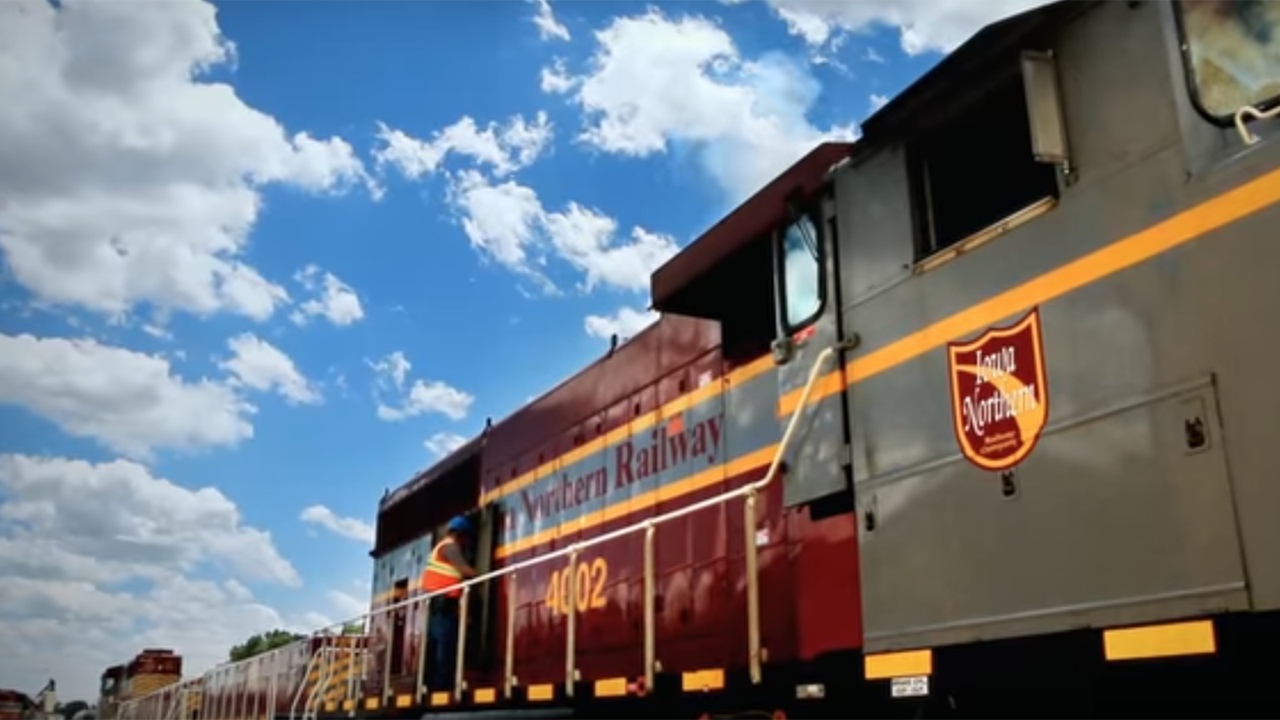 Iowa Northern Railway was among Iowa’s 2017-18 DERA award winners. It received a grant of up to $140,000 to purchase and install idle-reduction technology for 20 locomotives. (Photograph/Screen-Capture Courtesy of Iowa Northern, via website video)

The objective of the program—under the Diesel Emissions Reduction Act (DERA)—is to achieve significant reductions in diesel emissions among on-road or non-road vehicles and equipment, including locomotives; medium- and heavy-duty transit buses and trucks; marine engines; non-road engines, equipment, or vehicles; and school buses.

Iowa’s DERA funds total $884,780, which includes a base grant of $353,912 and an EPA incentive bonus of $176,956. The state is matching the base grant with funds from its Volkswagen Environmental Mitigation Trust Fund settlement. (According to DERA: “Two-thirds of the state/territory portion of funding is provided to participating states and territories, while the remaining third is used as an incentive to those states and territories that provide a voluntary match equal to the base funding. If the state/territory provides a voluntary match that equals or exceeds the base amount, a bonus of half the base amount will be added to the grant total by the EPA.”)

Iowa Northern Railway was among Iowa’s 2017-18 DERA award winners. It received a grant of up to $140,000 to purchase and install idle-reduction technology for 20 locomotives.

For more on program eligibility and the application process, visit https://iowadot.gov/dera/.