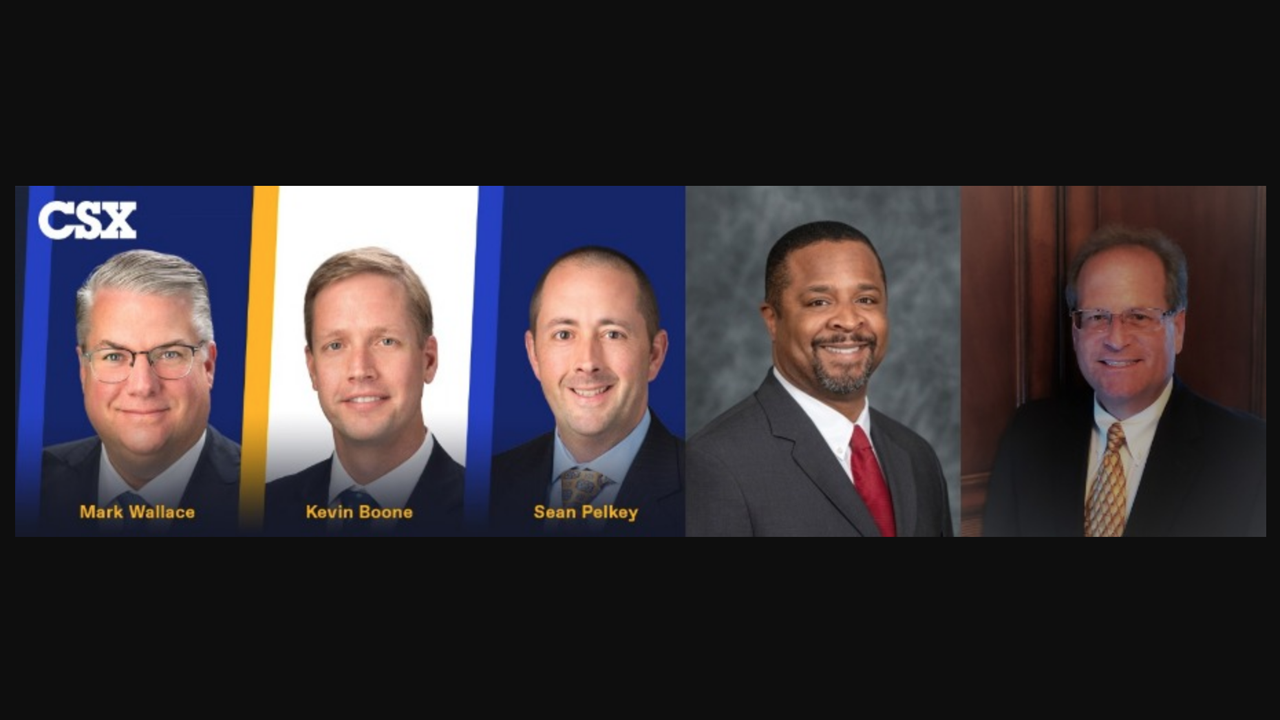 “These appointments demonstrate the depth of CSX’s leadership and place us in a position of strength,” Foote said. “Kevin’s proven track record of implementing and executing successful strategic initiatives will provide strong direction to CSX’s sales and marketing team as we focus on capturing sustainable and profitable growth. Sean’s broad experience at CSX as well as his deep knowledge of our industry will continue to strengthen our financial performance and shareholder value.”

At NS, Jason Morris succeeds Scott Weaver, who was elected to the role of Vice President Labor Relations in 2012 and will retire Oct. 1, following 32 years of service. Morris is currently Assistant Vice President Safety and Environmental. He joined the NS Legal department in 2010, handling safety, labor and employment issues before moving into the Safety and Environmental department, where he served as System Director Safety until he was elevated to Assistant Vice President in 2018.

“Jason is an innovative and collaborative leader who will forge strong partnerships between management and labor in his new role,” said Annie Adams, Executive Vice President and Chief Transformation Officer at NS, who was recently selected as one of Railway Age’s Readers’ Influential Leaders for 2021. “As head of our Safety and Environmental team, he built a track record of bringing management and our craft workforce together to improve safety performance and culture.

“Scott’s understanding of our business and ability to build relationships earned him the respect of colleagues, labor leadership and peers across our industry.”

Philip Pietrandrea will join A. Stucki Co.—a provider of engineered components, systems and services for the railroad industry and other markets—on July 1 as M/W Division President. He will work closely on a transition with Jo Ann Cary, who last month announced her retirement as President of subsidiary Birmingham Rail & Locomotive (BR&L), effective September 2021. Pietrandrea is taking on his new role at BR&L following five years of service at Wabtec, where he held the positions of Sales Director-Infrastructure and Senior Vice President-Sales and Marketing. He also served in leadership roles at Unitrac, which Wabtec acquired in 2016, as well as at L.B. Foster, Koppers and A&K Railroad Materials.