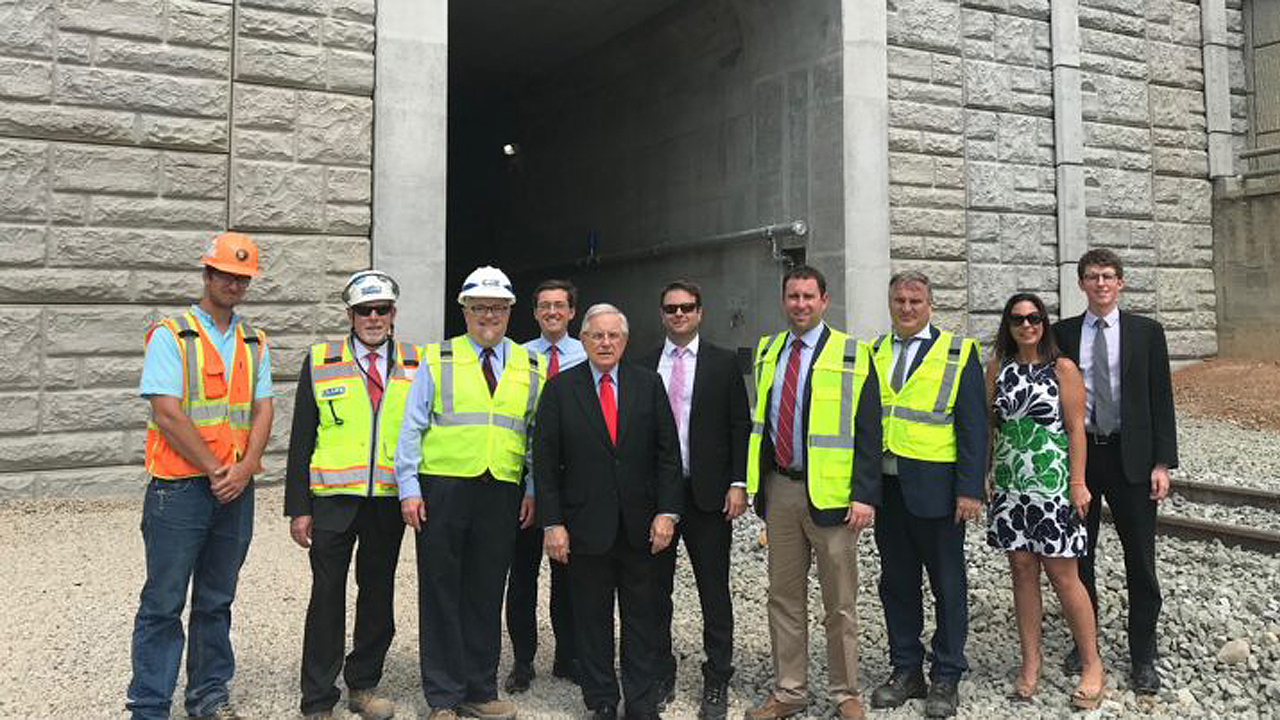 Improvement of critical tunnels under the nation's capitol is nearing completion, part of a larger  project to improve rail freight access from East Coast gateways.

“CSX’s Virginia Avenue Tunnel project is a great example of a private railroad investing private money, assisted by private contractors, to improve America’s rail infrastructure,” Batory said. “This project will complete the railroad’s National Gateway project and make the rail network safer and more efficient, which helps railroad customers, the consumers of the goods shipped by rail, and the American economy.”

The railroad is working to replace the century-old tunnel with two new structures, which will clear double-stack trains.

The tour allowed attendees to observe the construction of the second Virginia Avenue Tunnel. The new 4,100-foot-long, 21-foot-tall tunnels are set to replace a 3,800-foot long, single-track tunnel that was constructed in the late 19th century.

Work kicked off in May 2015 and the first tunnel was completed in late 2016. CSX anticipates that construction of the second tunnel will wrap up this month and the entire tunnel project is set for completion on schedule this October.

The construction is being managed by joint venture partners Clark Construction and Parsons, with Delta Railroad Construction carrying out the subcontracted rail work.

The construction work for the second tunnel involves demolishing the remaining sections of the existing tunnel’s roof and south wall and building a new 4,100-foot, cut-and-cover north tunnel.

Work is also set to include the installation of ballast, tracks, signals and communications equipment in the second new tunnel, as well as providing track connections for the second tunnel at both portals and permanently relocating numerous water, sewer, electric, communications and gas utilities.

The Virginia Avenue Tunnel project will be the last of 61 projects CSX needs to complete for its National Gateway corridor.

The project is designed to improve rail connections between ports in the U.S. mid-Atlantic seaboard and the Midwest by upgrading bridges and tunnels to make way for double-stack trains.