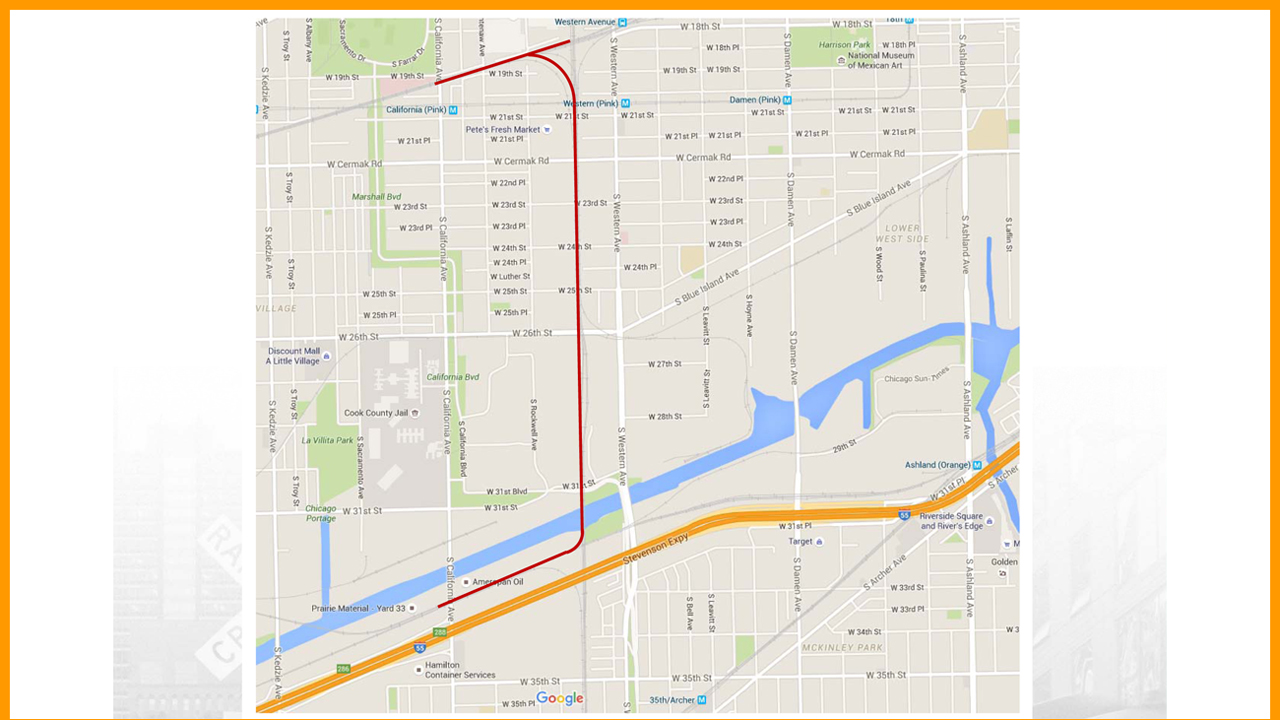 BNSF Railway and the Chicago CREATE partners have completed BNSF Connection project (WA4), which established a new direct connection between BNSF’s Corwith and Cicero Yards, as well as between the CN Freeport Subdivision and the Western Avenue Corridor along which BNSF, Norfolk Southern, CSX and Union Pacific operate. Prior to WA4, freight trains had to travel longer, more indirect routings to make these connections, including long and potentially hazardous reverse moves.

“These improvements directly benefit the Chicago communities of Douglas Park, South Lawndale, Little Village and Brighton Park by renewing old railroad viaduct structures and reducing train idling and the time it takes for trains to pass by,” CREATE officials noted. “The improvements also provide network benefits for freight and commuter train operations throughout the Chicago region by allowing trains going to and from many other lines to pass through this corridor with fewer delays.”

With WA4 done, half of the eight CREATE projects along the Western Avenue Corridor are now in service.