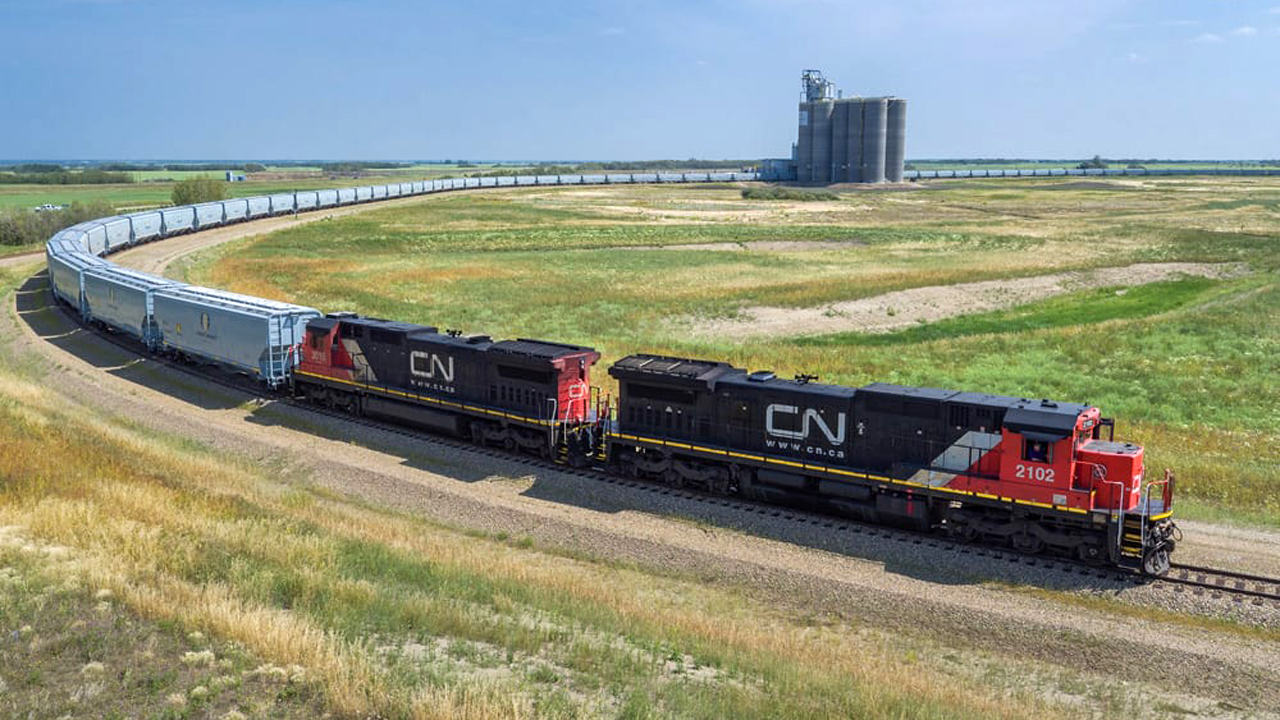 In August, CN moved more than 2.43 MMT of Canadian grain—compared with the previous record of 2.31 MMT set in 2014. This performance follows record months in March, April, May, June and July.

“Grain demand is enabling the return to active employment of many of our people, and with the addition of 1,500 new locally built [Hamilton, Ontario], high-capacity grain cars [from National Steel Car], the CN ONE TEAM looks forward to breaking more records,” CN President and CEO JJ Ruest said. CN expects car deliveries to start in January.

The railroad noted in its recently released 2020-2021 Winter Plan: “At the end of winter 2019-2020, the world economy had been severely hit by the pandemic. Market volatility, price fluctuations and economic uncertainty are now a reality. But the effects are not always negative. Specific to grain movement, there had been a spike in demand in the summer of 2020 as certain countries increased their inventories to ward off food insecurity. Most other commodities have suffered, to varying degrees. The economic conditions that appeared in March 2020 may prevail throughout the upcoming 2020-2021 winter season.”