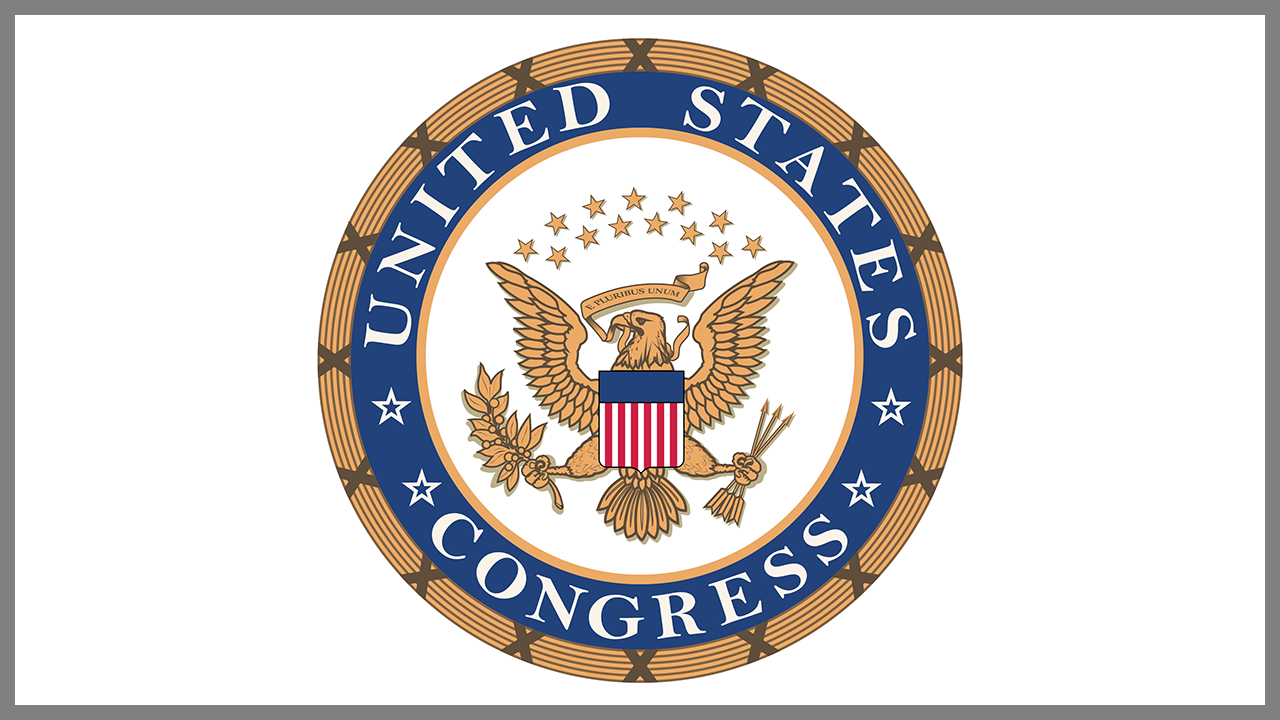 With release Aug. 16 of non-binding Presidential Emergency Board (PEB) recommendations for voluntary settlement of a 31-month simmering labor-management dispute over amending national wage, benefits and work rules contracts on most Class I and many smaller freight railroads, the question is, “What next?”

Will there be a voluntary settlement based on PEB No. 250 recommendations? Or will some or all of the 12 unions that have serially rejected management offers also reject PEB recommendations and elect to strike, likely shutting down the nation’s rail network? Similarly, will management, for the same reasons, lock-out their 125,000 unionized rail workers, leading to the same result?

The short answer is that nobody will know for certain until 12:01 a.m. Sept. 16, as the Railway Labor Act (RLA) prohibits a strike or lockout for 30 days following release of the PEB’s non-binding recommendations.

The statutory 30-day delay—as the RLA is a manual of labor-management peace rather than war—allows both sides to consider the PEB recommendations and make another effort to achieve a voluntary settlement. The sides could even agree on extending the cooling-off period—as it is known in labor relations parlance—if an agreement appears within reach, although a voluntary extension is not likely.

First, a caveat. Even if all 12 rail unions reach an agreement with carriers prior to Sept. 16, it is a tentative agreement that must then be ratified by the affected membership of each rail union. So a strike could still occur at a later date.

Typically, following a tentative agreement, carriers and unions agree to an additional cooling-off period of 60-90 days, meaning no strike or lockout while union members vote to accept or reject the tentative contract.

If one or more union memberships reject the tentative agreement, the union or unions may then initiate a strike or seek more status quo time to permit additional negotiations with carriers. It is highly unlikely carriers would permit leapfrogging of what other unions accepted, although union-specific issues not affecting the pattern established by the tentative agreement may be open for further amendment so as to encourage, in a second go-round, successful ratification by one or more holdouts.

Let’s now consider what happens if a work stoppage does occur—Sept. 16 or later.

As the Railway Labor Act has run its course 30 days after a PEB issues its non-binding recommendations, only Congress can short-circuit a rail work stoppage. Typically, following a nationwide rail shutdown, Congress quickly passes back-to-work legislation that can take many forms.

In the past, for example, Congress has imposed its own binding settlement terms—often, but not always, patterned on PEB recommendations. Congress may also order the work stoppage to end and the parties to resume negotiations and/or face a second arbitration panel empowered to issue binding recommendations. Congress also might order each side to engage in last best offer arbitration, as will be explained.

All unions need not strike, nor must all railroads be struck, to trigger a nationwide rail shutdown and congressional action. A so-called selective strike by one or more unions against a single railroad is equally likely to invite a nationwide shutdown, as occurred in 1992 when a single union struck only CSX. Carriers collectively responded that a strike against one is a strike against all and locked-out nationwide—the rational being that the nation’s rail network as is so interconnected that it cannot operate efficiently if even one Class I railroad is shuttered. Congress ordered binding arbitration to end the 1992 nationwide lockout. No nationwide rail shutdown has occurred since.

That Congress has acted in the past to end nationwide rail shutdowns is out of concern that a work stoppage so adversely affects the nation’s economy and military defense capabilities that one cannot be tolerated.

Still, Congress has no obligation to act. What is notably different this time is that the National Mediation Board (NMB)—for reasons its Democratic majority may eventually have to explain—broke with tradition and released the sides from mediation in record time.

The labor-management dispute could thus fall into the unwelcome laps of lawmakers weeks before November congressional elections already characterized by deep political divisions, as control of Congress carries implications not seen since perhaps Civil War times. Thanks to the NMB’s unnecessary hasty release of the parties from mediation, pre-election political peril lurks no matter the urgency of keeping trains operating—and that’s a recipe for economic chaos.

In the best of times, congressional legislation typically moves at a slow, measured pace set by long-established rules. And while in an emergency, such as a nationwide rail shutdown, these rules can be waived to speed the process, a parliamentary procedure known as unanimous consent, or UC, is essential at many stages.

This means any one of 535 members of Congress, each skilled in the dark arts of politics, can slow or halt the process by opposing even a single word in a proposed back-to-work order, or by offering an amendment—such as a requirement for two-person crews assigned to the locomotive cab. Absent UC, the congressional process—and a nationwide rail shutdown—could extend for weeks.

As to the process for fast-tracking legislation to halt a rail shutdown, it begins with an agreement by the House and Senate leadership to act, followed by staff on both sides of the aisle working in a non-partisan manner to draft the text.

The draft is then introduced on the House and/or Senate floors. It is designated a “resolution” rather than “law” owing to resolutions having temporary objectives (although both have the same effect and each must be passed by the House and Senate and signed by the President).

Once introduced, the resolution is referred to the relevant committees—Transportation & Infrastructure (T&I) in the House; Health, Education, Labor & Pensions (HELP) in the Senate—which send the resolution to relevant subcommittees. (The HELP Committee will be assisted by the Commerce Committee because of bifurcated oversight).

Here is where UC really matters. To fast-track a resolution, the committees and subcommittees must obtain UC to bypass rules requiring public hearings, amendments and debate if the resolution is to move quickly to the House and Senate floors for final votes. (On the House side a separate step involves the Rules Committee, where UC also is essential).

While in past years the entire process has been orchestrated in advance, including required UC, the threat this time is election-year politics and unprecedented polarization of Congress. Even a single maverick lawmaker, seeking celebrity status or trolling for votes ahead of Election Day, can create parliamentary havoc. This is the kettle of fish into which the NMB unnecessarily tossed this dispute.

Even if UC is achieved in committee and subcommittee, the resolution, when arriving for votes on the House and Senate floors, must again achieve UC to allow suspension of floor rules that otherwise would slow the process. The greatest threat exists in the Senate, where 60 votes (among 100 senators) are required to overcome a single Senator’s objection. That 60-vote threshold has dogged controlling Democrats this entire congressional session as the Senate is evenly divided with the Democratic majority depending on a tie-breaking vote of Vice President Kamala Harris.

If rail shutdowns of three-decades ago remain a guide, the House resolution will speed to the House floor as a “Suspension”—an abbreviated process allowing for voice, rather than recorded, votes. In the Senate, the past procedure can be even simpler, as with the Senate awaiting the House-passed resolution that senators approve by voice vote.

But in this polarized Congress of 2021 and 2022, demands could be made for recorded votes—rather than unrecorded voice votes—so as to expose political differences ahead of November elections. As an example, consider requiring a recorded vote on a resolution imposing PEB recommendations for lower wage rates than sought by labor. Forcing a labor-friendly lawmaker to approve the resolution in a recorded vote weeks before Election Day could tar that lawmaker’s image and cost crucial votes no matter that the “greater good” is ending quickly an economy-jolting nationwide rail shutdown.

A final concern is lack of institutional knowledge among House and Senate staff who must navigate speed bumps even were political polarization not an issue. But Congress has not acted to end a nationwide rail shutdown in more than 30 years, and only two congressional staff members who participated in ending those remain alive, with both long in retirement. They are Alan Roth, who served as Democratic staff director to a T&I predecessor, and Glenn Scammel, who served as chief counsel to House Railroad Subcommittee Republicans.

Scammel, still an avid follower of rail public policy issues, offers an effective tool to those in Congress now preparing for a possible nationwide rail shutdown—last best offer arbitration, which has been used previously to coax voluntary settlements.

A resolution imposing baseball-style arbitration, as last best offer is commonly known—requires labor and management each to provide a last best offer as a single package, with congressionally appointed arbitrators choosing one party’s offer over the other’s, with no revisions.

“The prospect of being stuck by the arbitrator with the other side’s last best offer is very scary, as intended,” Scammel says.

The process encourages each party to make what it deems a more reasonable offer than expected of the other. ”It raises the stakes, forces the parties to get serious, and encourages a voluntary settlement in the alternative.”

Such was the thinking of arbitrator Robert O. Harris who, in 1992, warned labor and management that, “like the suckers in Guys and Dolls, you are risking your futures on the roll of the dice” when you fail to settle voluntarily.

Note: CSX, which had been negotiating wages and work rules separately with two of the 12 unions, has joined the coalition of other railroads. The other Class I railroads in the bargaining coalition led by the National Carriers Conference Committee (NCCC) are BNSF, CN, Kansas City Southern, Norfolk Southern and Union Pacific. Canadian Pacific is negotiating separately with all its unions.

John J. Brennan III is the retired Chief Counsel of the Federal Transit Administration and former Senior Counsel for Union Pacific Railroad. During the 2000s, he served as Staff Director and Counsel for the House Subcommittee on Railroads, Pipelines and Hazardous Materials. Brennan belongs to the bar in Massachusetts and Nebraska, and holds degrees from the University of Massachusetts-Boston and Suffolk University Law School. He is currently a rail and transit legal consultant.

Railway Age Capitol Hill Contributing Editor Frank N. Wilner was formerly Assistant Vice President for Policy at the Association of American Railroads, a White House appointed (Bill Clinton) chief of staff at the Surface Transportation Board, Director of Public Relations for SMART-TD and its predecessor United Transportation Union, and President of the STB’s bar association. Among his seven books are ”Understanding the Railway Labor Act“ and his forthcoming “Railroads & Economic Regulation.” He earned undergraduate and graduate degrees in economics and labor relations from Virginia Tech.