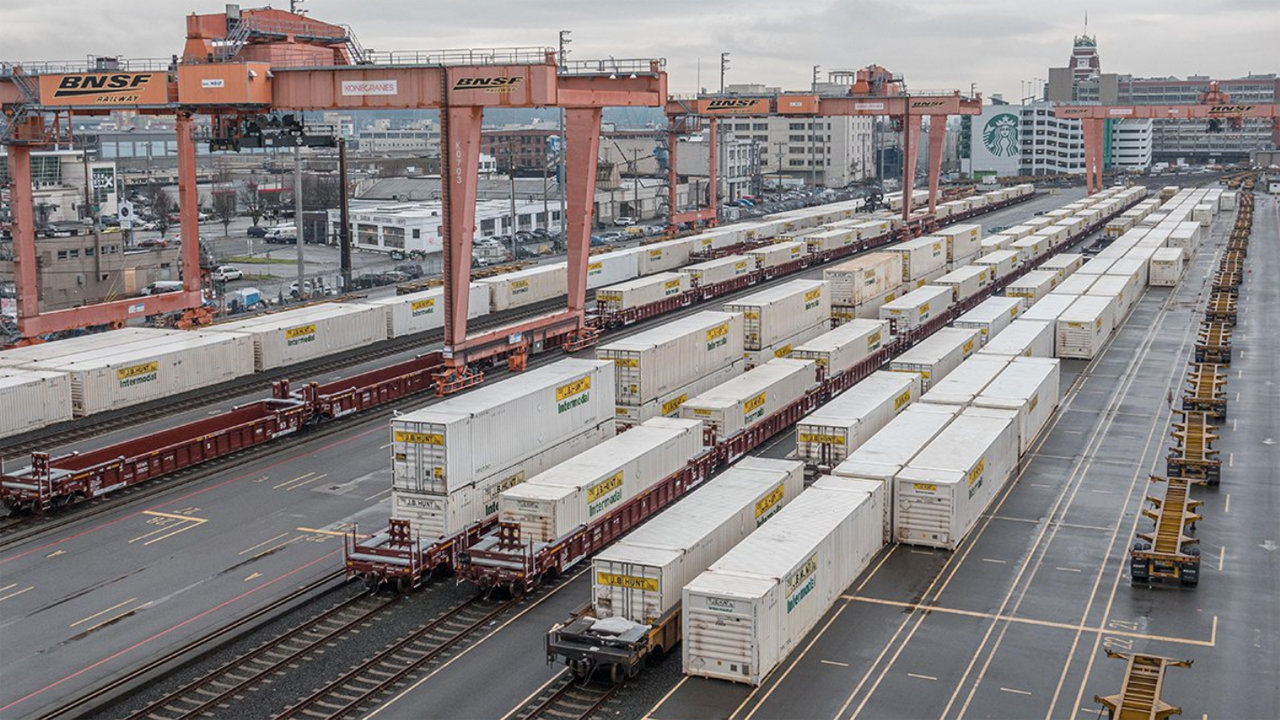 This is the third consecutive week that total traffic has declined.

The Chinese New Year holiday falls “within AAR-reported Week 4 of 2023 (Jan. 22), the earliest since 2004,” Bascome Majors wrote in The Rail Report—Week 3 on Jan. 25. “As a result of the holiday timing difference and an assumption of a 3-4 week lag of the holiday’s impact on North American intermodal networks, we expect to see a year-over-year comp-driven headwind in AAR Week 7 or 8 as Chinese New Year-impacted intermodal volumes comp against a ‘super-seasonal’ 2022 week that is less burdened for the Chinese New Year. We expect the declines to be exacerbated vs. last year’s uniquely difficult comp as the massive near-100 ship backlog (at anchor plus slow-steaming from Asia) at Southern California ports conflated any sort of typical seasonality following the Chinese New Year. Additionally in China, the 2023 Chinese New Year is the first since easing of COVID-policies, allowing freer movement of citizens across the country to return to rural areas for the holiday after constraining that opportunity in 2020-2022. As early as week 10, we expect year-over-year volume trends to be past Chinese New Year-related distortions and land at more normalized levels reflecting underlying demand (which isn’t particularly strong right now), although we’ll closely watch for effects of China’s continued economic reopening on port and intermodal volumes as the year continues.”