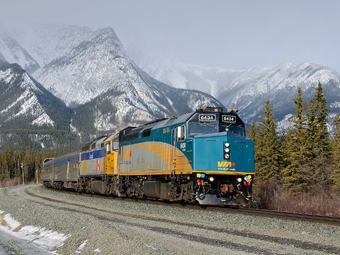 Via suspended Canadian service between Winnipeg and Toronto March 11, citing the impossibility of maintaining schedules as CN dealt with the oil train mishaps near Gogama.

One option is to shift to CP trackage between Winnipeg, Manitoba, and Sudbury, Ontario, something Via Rail CEO Yves Desjardins-Siciliano hinted at last November during an interview with Railway Age. The motive, he said then, would be to provide passengers with a more scenic route closer to the Great Lakes, while at the same time serving more communities.

The imperative now is simply to get the train running again before the summer tourism season.

A contract would have to be negotiated with CP, and Via’s engineers would need to be qualified on CP track and operations, something that could take up to two months. Via will consider next week whether it can restore northern Ontario service over CN tracks, either indefinitely or pending a move to CP.