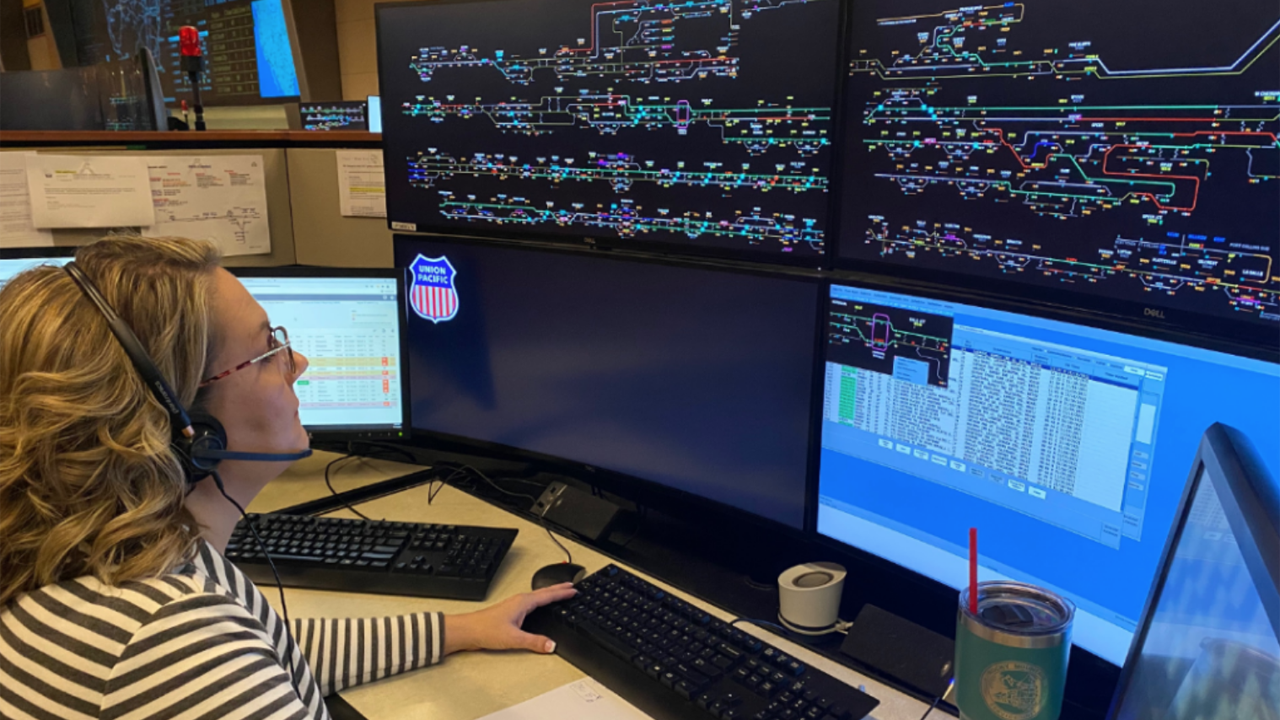 OptRail’s AMP will provide real-time train information across UP’s 23-state, 32,000-mile network, “identifying the plans for those trains to traverse the network including how they should meet or pass one another should that be necessary,” the companies reported on Nov. 18. Completion is expected in late 2021.

AMP supports a broad set of operating rules, according to UP and OptRail. “The technology is based on a mathematical approach, which, unlike rule-based algorithms, allows flexibility when modeling the rail operator’s goals and any potential new requirements,” they said.

“AMP is a great example of advanced technology driving safety, efficiency and productivity for Union Pacific,” UP Senior Vice President and Chief Information Officer Rahul Jalali said. “The partnership between OptRail and Union Pacific to build and deploy AMP is a great success story for both companies.”

UP on Nov. 16 reported its cutover to a new CADX, which was developed in-house through a multi-year effort of several UP departments. The biggest safety feature CADX has over its predecessor is integration with track data, UP said. “This ensures protection is placed at the correct location without relying on external tools.”

“With track data and timetable information embedded in CADX, the system automatically places restrictions in the proper locations, enhancing safety for crews and the general public,” said Chaylea Cramer, Train Dispatcher-Special Projects at the UP Harriman Dispatching Center.