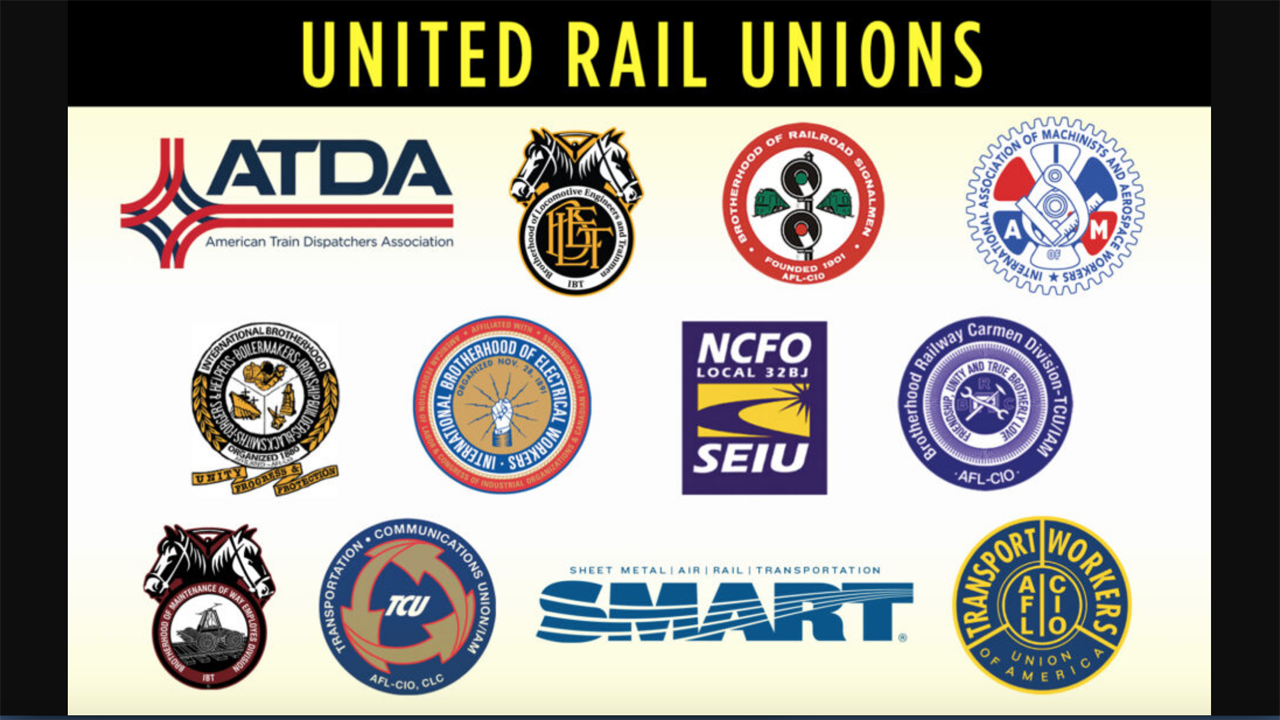 The rail unions bargaining as part of the Coordinated Bargaining Coalition* (CBC) and the Brotherhood of Maintenance of Way/SMART Mechanical Coalition are still calling on the National Mediation Board (NMB) to “put forth a proffer of arbitration,” following the third week of compulsory joint NMB-mediated negotiations with the National Carriers’ Conference Committee (NCCC).

NMB on May 16 agreed to give the nation’s 12 railroad labor unions—comprising the 10-union CBC and the Brotherhood of Maintenance of Way Employees Division and SMART Mechanical Unions—an opportunity May 24-26 to demonstrate their commitment to a voluntarily negotiated agreement with most of the nation’s railroads over changes in wages, benefits and work rules, according to a report from Railway Age Capitol Hill Contributing Editor Frank N. Wilner. The contract talks affect some 115,000 rail workers.

Wilner—the author of “Understanding the Railway Labor Act,” published by Railway Age sister company Simmons-Boardman Books—described the three-day session led by all three NMB members in Washington, D.C., as as a rarity. Mediation sessions are typically conducted by NMB staff mediators. With pressure mounting on the NMB “to prevent a nationwide railroad work stoppage by guiding rail labor and management to a voluntarily negotiated agreement,” its members—Linda Puchala (Democrat), Deirdre Hamilton (Democrat) and Gerald W. Fauth III (Republican)—ordered the parties to return May 31 for further mediation, Wilner reported May 30.

The NMB again ordered the rail union and rail management negotiators back to Washington, D.C., June 8 and June 7, in a third week of mediated bargaining, “determined to find a voluntary settlement rather than release the unions and begin a 90-day countdown toward a possible nationwide rail shutdown in the midst of an already problematic supply chain crisis,” noted Wilner.

The united rail unions on June 2 released this statement following the second week of bargaining:

“These joint mediated negotiations, under the direction of the NMB Board Members themselves, resulted from the Unions’ request to be released from mediation after more than two years of bargaining with the major U.S. Class I railroads.

“In spite of the Unions’ best efforts to negotiate a fair agreement, the NCCC and the rail carriers that it represents still refuse to make a comprehensive settlement proposal that our members would even remotely entertain. In fact, the carriers continue to advance proposals that insult the hard-working Union members who have carried our Nation through the pandemic.

“Although all of the involved Unions would prefer to reach a voluntary agreement, it has become quite clear at this point that the rail carriers will not bargain in good faith to that end. For that reason, all of the involved Rail Unions are again requesting that the NMB put forth a proffer of arbitration to move our contract dispute through the remaining steps of the Railway Labor Act [RLA].

“Additional information will be provided as developments warrant. We appreciate your continuing support.”

(The NMB on April 11 turned down a request by the Brotherhood of Maintenance of Way/SMART Mechanical Coalition to be released from mediation. The other unions negotiating as CBC subsequently asked for release, and that request is pending, according to Wilner.)

Following the third week of bargaining, the unions on June 10 issued this updated statement:

“The Rail Unions remain united in their effort to negotiate a fair agreement and stand together in rejecting all proposals that the rail carriers have advanced in our mediation sessions. Our members are the backbone of the rail network and they have earned a contract that recognizes their contributions. None of the Carrier proposals to date come close to that; instead the Carriers continue to advance proposals that insult the very employees that made their record profits possible.

“Enough is enough, the only pathway to resolving this dispute is for the NMB to put forth a proffer of arbitration to move the dispute to the final steps of the Railway Labor Act.

“Additional information will be provided as developments warrant. We appreciate your continuing support.”

“The railroads and rail unions have a track record of reaching fair and reasonable agreements, including in the time-tested NMB mediation process, that address issues raised by both sides at the bargaining table,” NRLC said in a statement after the second week of national bargaining. “The railroads believe that further mediation can and should help narrow the gap between the parties’ positions and allow for agreements to be reached.”

Were the NMB to “declare a bargaining impasse, a 90-day clock would commence ticking toward a nationwide rail shutdown occurring just as lawmakers begin in earnest post-Labor Day reelection campaigns,” Wilner reported on May 30. “NMB precedent is to avoid election-year drama, and therein lies the rub facing the three-member NMB: Does it acquiesce to rail labor demands and create a political drama ahead of November congressional elections? If the NMB does acquiesce, Congress could be forced to take sides, as will be explained. An alternative historically preferred by the NMB is to keep the parties at the bargaining table during election years.

“Were either side to reject an offer of binding arbitration, the second step is a White House option to appoint a three-member Presidential Emergency Board (PEB), consisting of three experienced labor arbitrators to hear factual arguments from both sides and make non-binding settlement recommendations. This White House option to appoint a PEB is almost foreordained, as failure to do so allows for a premature work stoppage contrary to the RLA’s objective of being a manual of labor/management peace rather than war.

“If PEB recommendations are rejected by either side—and at that point the 90-day clock, containing three separate 30-day cooling off periods, would have expired—the RLA has run its course and labor is free to strike or management to lock out, either creating a nationwide rail shutdown.

“How long might a nationwide rail shutdown last? That period is indeterminate. It would be up to Congress to act with back-to-work legislation that could order bargaining to resume, impose the previously non-binding recommendations of the PEB, or be creative and impose congressionally determined contract amendments affecting wages, benefits and work rules. Even short nationwide rail work stoppages in the past have played havoc with America’s supply chain and defense readiness.

“Were congressional lawmakers forced to take labor or management sides shortly before voters head to the polls in November, any number of unanticipated negative results loom, including a maverick Senator prolonging an economy-damaging work stoppage through a filibuster. In labor parlance, a ‘trick bag’ awaits those unable to voluntarily reach agreement.”

The Brotherhood of Maintenance of Way Employees Division and SMART Mechanical Unions are also bargaining as a coalition.