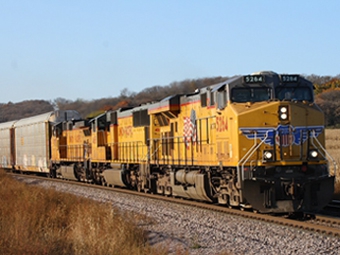 The Railway Industrial Clearance Association (RICA) announced its selection for 2016 Railroad of the Year: Union Pacific.

RICA, an industry association made up of railroads, shippers and manufacturers, and logistics providers determines its award on peer votes in areas such as technological advances and customer service.