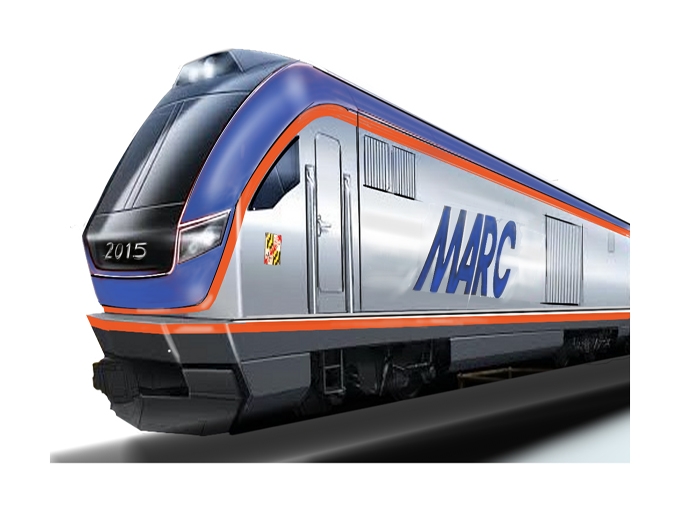 2015 is adding up to be a year of innovation, and a few surprises, in the North American locomotive market.

Mid-2015 may not be the ideal time for an overview of motive power developments in the railroad industry. Freight traffic in some sectors has been falling off, and the industry is starting to store cars and locomotives. Nevertheless, locomotive builders, component suppliers and railroads are pressing ahead with efforts driven largely by the requirement to meet U.S. EPA Tier 4 emissions standards, as well as those of state and local air quality regulatory bodies. Here are just a few of the programs under way.

Early last month, Norfolk Southern unveiled its new GP33ECO switcher locomotive (above). Designed and constructed at the railroad’s Juniata backshops, it’s configured as a mother-slug unit. So far, 10 have been built. They will be deployed in Atlanta; 65% of their cost has been subsidized by a CMAQ grant administered through such federal and state agencies as the Federal Highway Administration and the Georgia Environmental Protection Division.

Based on an EMD GP50, the four-axle, 3,000-hp GP33ECO uses an EPA Tier 3-compliant 12N-710G3BT3 (“710 ECO Kit”) prime-mover from Electro-Motive Diesel, D87 traction motors (which offer 10% higher tractive effort than a D77), new radiators with two-speed fans, electrical cabinets with EMD’s EM 2000 microprocessor, an AR15 main traction alternator (retained from the GP50) and a CA6 companion alternator. NS’s Admiral Cab, with its angled windshield, has been fitted to the carbody. The unit’s flared radiators “are similar to those of an SD70,” according to NS Mechanical Engineer-Locomotive Design Mark Duve.

The GP33ECO mother unit is mated to a ballasted slug equipped with four d.c. traction motors and two EMD electrical cabinets. “Unlike other slugs, this one goes through transition and does not cut out at 20 mph,” said Duve. “The combination gets very close to Tier 4, compared to two switcher locomotives operating as a multiple unit. It runs at higher, more efficient throttle notch settings: 4 through 6. We estimate its tractive effort to be equivalent to that of a new GP59.”

Overall, NS’s preferred switcher locomotive is now the SD40, according to Duve. “We’ve retired most of our end-cab switchers—MP15s SWs, etc.” NS is presently working on a CNG-powered mother-slug set. Duve said this experimental unit is now in the tuning stages.

Tier 4 emissions standards for locomotives took effect Jan. 1, 2015. Tier 4 reduces PM (particulate matter) by 70% and NOx by 76% from the prior Tier 3 regulations.

GE’s Tier 4-compliant Advance Power 4 locomotive has been sold to several railroads. Among them are CN, which began last month taking delivery of its ET44AC, and CSX, for which production is now in full swing for its ET44AH.

California has the “Carl Moyer Emissions Grant Program,” which provides grants of up to 85% of total locomotive cost, as a trade-in transaction. For 2014, this program required that the seller/locomotive manufacturer hold a Tier 4 ARB (Air Resources Board) Verified Certificate, which NRE has received for its Tier 4 GenSet locomotives. “This certificate has benefits for all NRE Tier 4 locomotive sales throughout the U.S.,” said NRE Southwest Sales Executive Steve Sonni. “It’s recognized by other U.S. Air Quality Districts, giving our Tier 4 locomotives a competitive advantage when a grant is involved. It provides evidence that our Tier 4 emissions system will maintain its effectiveness through a rigorous 3,000-hour locomotive test period. NRE is the only recipient of this important certificate to date.”

Still in the works is the first freight locomotive to be repowered with a Cummins 4,200-hp, 16-cylinder, 95-liter, Tier 4-compliant QSK95 Power Module engine: Indiana Rail Road CECX 1919. The QSK95 package, now being installed by Brookville Equipment Corp., is designed to replace the complete diesel-electric system and carbody of the base locomotive as a fully enclosed unit consisting of the 1,800-rpm QSK95 engine, alternator, cooling system and dynamic braking system, with integral Cummins Selective Catalytic Reduction (SCR) exhaust after-treatment. Testing of CECX 1919 is expected to begin in the fourth quarter.

Though prospects for LNG-fueled locomotives don’t look as strong as they did in 2013, mainly due to the price of crude oil dropping, a few test programs are still under way. BNSF is still evaluating a GE demonstrator set; CSX recently completed its test program, according to GE New Product Introduction Leader Graciela Trillanes. GE’s LNG delivery system, a GEVO power plant equipped with a NextFuel™ Natural Gas Retrofit Kit, is low-pressure and employs an 80%-20% LNG-diesel mix, for compression ignition. For the economics of LNG or CNG to work, it must have a significantly lower cost per unit of energy compared to diesel. That was the case two years ago.

Other than cost, widespread adoption of LNG has three essential pieces: engine and fuel tender technology, fuel infrastructure, and a supportive regulatory framework. Only the first piece exists, albeit in incomplete form. The railroads have been leaning toward tak-car-style tenders, and are still working with the AAR’s Natural Gas Fuel Tender Technical Advisory Group on a standardized design.

The Maryland Transit Administration (MTA) has decided to phase out its fleet of four AEM7 and six HHP8 electric locomotives used for MARC regional/commuter rail service and replace them with eight new 125-mph Charger diesel-electric locomotives from Siemens Industry. The MTA plans to piggyback on an Illinois DOT contract with Siemens, for an estimated $58 million.

MARC’s electric locomotives operate on the Penn Line (Northeast Corridor) between Perryville, Md., and Washington D.C. Union Station. The agency’s existing 33 diesel locomotives are used on the Camden and Brunswick lines as well as the Penn Line.

The Charger, which is based on the Siemens Eurosprinter, Eurorunner, and Vectron platforms, features a primary traction drive consisting of a 4,400-hp-rated, EPA Tier IV emissions-compliant 16-cylinder Cummins QSK95 diesel engine with a cubic capacity of 95 liters. The 120-ton Charger offers a starting tractive effort of 65,200 pounds.

MARC’s four EMD/ASEA-produced AEM7s, like Amtrak’s, are approaching 30 years in age. Its six-unit HHP8 fleet, also like Amtrak’s, is only about 15 years old but have performed poorly. The electric fleet’s reliability rating is between 40% and 50%. The diesel fleet, most of which was replaced about five years ago with 26 MotivePower MP36PH-3Cs, has a reliability rating of 85%. MARC’s diesel fleet also contains six EMD GP39H-2s scheduled for repowering, and one EMD GP40WH-2, used as standby power.

The reasoning behind MARC’s decision to go with diesels, rather than Siemens ACS-64 electrics, as SEPTA is doing (piggybacking on Amtrak’s ACS-64 contract) is rather basic: They fit the bill.

For starters, Amtrak, which has been maintaining MARC’s electric fleet since 1983, will no longer provide the service as of June 2016 because it has retired its own HHP8 locomotives and is phasing out its AEM7s as new Siemens ACS-64 electrics enter service.

“All of our equipment is rated to go through the B&P Tunnel, which is our limiting factor,” Erich A. Kolig, Director-MARC Train and Commuter Bus, told Railway Age. “What constrains us the most is that only one of our three lines is electrified. Of the 22 trainsets we put out for operations each day, only six can be fulfilled with electric locomotives. Therefore, our need is primarily for diesels as they are the most versatile for our operations. That is not to say that MARC is moving entirely away from electrics. MARC will not take delivery until the fall of 2017 of the new Chargers. The 6 HHP8s are being put through an improvement program and will continue service until the new locomotives arrive. If they can be made to be much more reliable, then their continued operation will be reevaluated based on service needs at the time. MARC also has no yard facility with catenary. The reliability will have to be increased such that it justifies capital expenditure on infrastructure at our yards.”

Operationally, the Siemens Charger’s performance is on par with the ACS-64’s. For example, the Charger offers the same maximum operating speed as the ACS-64, 125 mph. “MARC has regular operations up to 125 mph and does not want to lose that facet,” said Kolig. “The acceleration is higher on the ACS-64, however, based on station spacing, the difference in the schedule between running with an 8,000-hp HHP8 and a 3,600-hp MP36 locomotive is only about 5 minutes over the entire portion of our operations on the Northeast Corridor. You may go faster with an electric, but you will need more space to brake, and therefore you lose some of the time gained.”

A Charger also costs substantially less than an ACS-64, “and maintenance costs are also substantially less due to replacement parts costs,” said Kolig. “Also, there are no electric locomotive options on the current contracts. If we were to issue our own spec, regardless of locomotive type, it would be for eight or so locomotives depending on cost. The procurement would not benefit from the economies of scale that piggybacking allows. Therefore, with a fixed amount of available funding, we would not be able to buy as many locomotives as we need.”