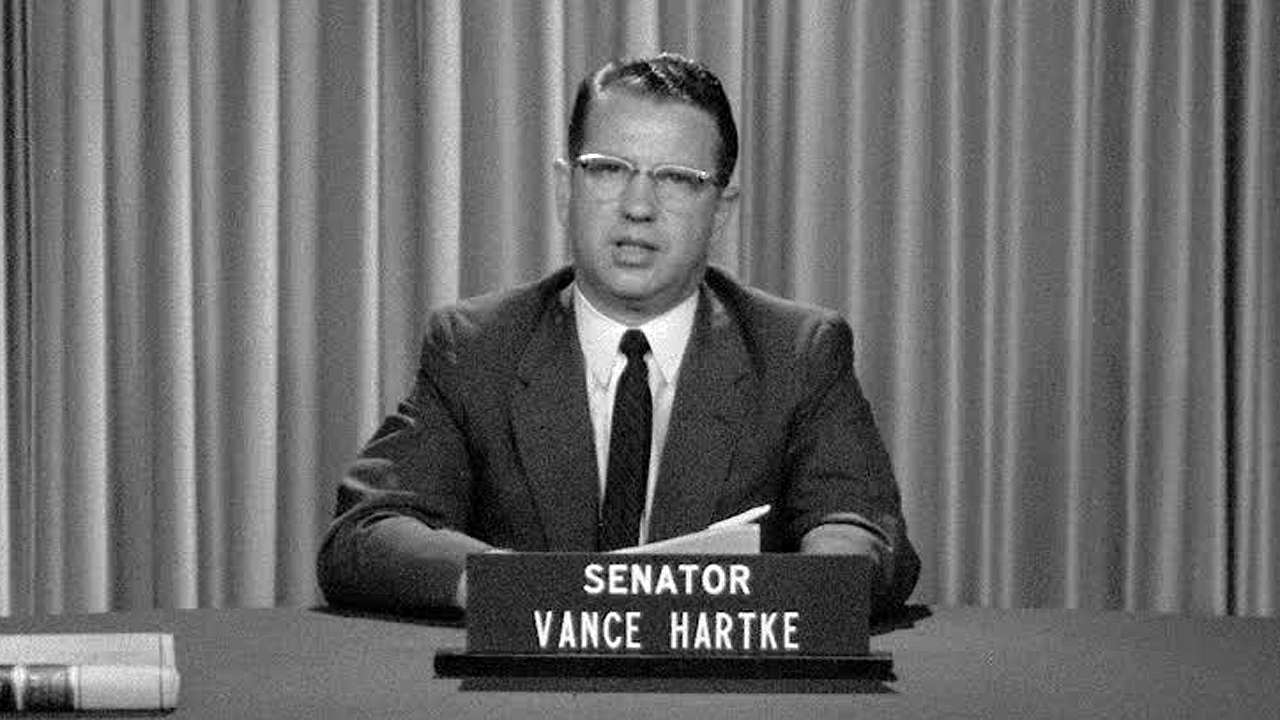 “Nobody at all could explain why nobody had reacted to the very idea of yak fat? You never had a formal hearing?”

Woe be those regulators who failed to perform due diligence beyond artlessly reading—and who took at face value—a self-serving written submission from railroads. Notably, a humiliating Senate oversight hearing into ICC policies and practices followed.

Although much of transportation economic regulation has since been eliminated, protections remain for rail shippers known as captives—those lacking effective transportation alternatives to rail. As to this residual economic regulation now administered by the STB, there lingers among shippers a perception of a still too-cozy relationship between the regulators and railroads, amplified by a revolving door where rail employees are hired by the STB, and railroads hire departing regulators.

The late federal appellate Judge Learned Hand held that regulatory commissions “fall into grooves [and] when they get into grooves, then God save you to get them out of the grooves.”

Yet, out of those grooves may now be emerging the STB, courtesy not of a deus ex machina (god from a machine), but impatient and reform-minded STB newbies. And while STB Chairman Ann D. Begeman, nearing the end of her second and final five-year term, may have been less eager in recent years to hasten reform, she seems now in step with early-2019 arrivals Patrick J. Fuchs and Martin J. Oberman in aggressively improving agency communication and transparency.

It could be that the 132-year-old vision of Sen. (and later President) Benjamin Harrison—upon his voting more than a century ago to create an ICC—could finally be shared by long skeptical shippers: “What we want of a commission is a tribunal to which a man who thinks he has a grievance against a railroad company can go and tell his story, and then go home and attend to his business, and the commission will do the rest.”

The timing of STB reform initiatives could be propitious, as long-delayed high-profile rulemakings now appear ready for advanced action, beginning with a two-day hearing commencing Dec. 12 into the calculation, determination and consequences of railroad revenue adequacy.

Keep an eye on Democrat Oberman, with trial lawyer experience, who arrived dismayed that board business too often was conducted through written submissions. He has pressed for more oral argument to allow direct examination of the doers, the thinkers and decision makers, as opposed to ventriloquism through scripted paid legal counsel.

Republican Fuchs, meanwhile, has a reputation as a ravenous reader, with a near photographic memory for facts, and an edginess to validate them. When a senior legislative aide to the Senate Commerce Committee, he drafted portions of the 2015 Surface Transportation Board Reauthorization Act that directed some of the reforms now being instituted.

Begeman, also a Republican and former senior Senate Commerce Committee aide, was celebrated as dissenter-in-chief and foremost doubter of the status quo during her first five-year STB term commencing in 2011—perhaps reflecting years of mentoring by her long-time idiosyncratic boss, the late Sen. John McCain (R-Ariz.). But she became decidedly less energetic following her 2017 elevation by President Trump to acting chairman. Intellectual stimulation by Fuchs and Oberman may be restoring her feistiness.

And this brings us back to the still-skulking ghost of the Great Yak Fat Caper, which helps to explain residual shipper distrust of an agency created by Congress specifically to protect shippers from railroad market power. Indeed, a decade prior to the 1887 creation of the ICC, President Rutherford B. Hayes asked, “Shall the railroads govern the country, or shall the people govern the railroads?”

But the caper. In April 1965, 26-year-old Thomas L. Hilt, chief rate officer of Lincoln, Neb.-based Hilt Truck Line (merged in 1987 into trucker Crete Carrier Corp.) became so furious with railroad gaming of the then uber-strict regulatory process to frustrate trucker marketing initiatives, that he struck back.

To prove his point that railroads maliciously challenged many new motor carrier rate proposals, Hilt sought ICC approval to haul 80,000 pounds of non-existent yak fat between Omaha and Chicago at 45 cents per hundred pounds “in glass or metal containers, in barrels, boxes, pails or tubs.”

The few stateside yaks at the time resided in zoos, and, say experts, possess but a third of the fat found on lean grass-fed cows. No matter, because within days of the Hilt Truck Line regulatory filing, the railroads’ Western Trunk Lines Rate Bureau responded with a seven-page protest that the proposed rate was non-compensatory, and would irreparably harm railroads that already were hauling—or so they alleged without evidence—large quantities of yak fat.

The ICC immediately suspended the Hilt Truck Line rate proposal pending an investigation that never took place—instead, declaring the proposed rate “unjust and unreasonable” based solely on the railroads’ unfounded and uninvestigated allegation.

To the ICC’s regret, Traffic World magazine—in its day the nonpareil of freight-tariff gumshoes—spotted the fraud, alerting Congress. In a subsequent ICC oversight hearing, Senate Surface Transportation Subcommittee Chairman Rupert Vance Hartke (D-Ind.) hauled the ICC behind the woodshed, excoriating it for non-feasance:

Sen. Hartke: “Nobody at all could explain why nobody had reacted to the very idea of yak fat? You never had a formal hearing?”

ICC Commissioner Rupert L. Murphy: “The Commission can’t sit down and analyze every [rate proposal] that comes in.”

Sen. Hartke: “How in the world could anyone say [the rate] is too low? It may have been extraordinarily high. Have you ever seen yak fat?”

Commissioner Laurence K. Walrath: “Well no, sir. But there are so many strange commodity names that this would not attract the attention of our technical people.”

Sen. Hartke: “Then the case was closed—until a Washington [news] reporter [Traffic World’s Stan Chapman] … God save us from those, huh? They’re nice people.”

Concluding that the ICC’s investigative prowess mirrored that of filmdom’s Inspector Clouseau, Sen. Hartke elevated the Great Yak Fat Caper to the equivalent of an international incident. “The better part of judgment is to admit you just plain made a mistake,” Hartke said. “This is what President Kennedy did about the Bay of Pigs.”

Certainly not helping the ICC’s image before Congress was a letter composed by Commissioner Howard G. Freas intended to defend the ICC’s blind acceptance of the railroads’ affirmations. But subsequent to the letter’s writing, Freas accepted employment as assistant to Southern Railway President W. Graham Claytor Jr., intensifying alarm over the revolving door between railroads and their regulatory agency. At the University of Chicago, Eugene Fama, later awarded the Nobel Prize in Economics, warned that, “Eventually, the regulators get captured by the people they regulate,” while consumer advocate Ralph Nader was signposting dire warnings of the result.

Whether the revolving door is evidence of regulatory capture is debatable, but its existence sours shipper moods. And further inflaming relationships are the verbal brickbats railroads and shippers periodically launch at each other:

If the STB is to burnish its image, it must learn from the ICC’s face-losing Great Yak Fat Caper and work assiduously to demonstrate increased transparency and foster more robust public involvement. There are positive signs:

Shippers acknowledge progress, but say they are not yet ready to engage in three-part harmony. They remain suspicious not only as to outcomes, but as to how long it will take the STB to convert hearing testimony and stakeholder comment into voting conferences and decisions. “The STB never has, and never will, have perfect information or perfect proposals,” said one captive shipper, asking their name not be used. “If it waits for such things, the perfect becomes the enemy of the good.”

Equally concerning is the delay by the White House and Senate in filling two vacant seats, empty since 2015. This urgency was underscored earlier this year when Begeman, Fuchs and Oberman were unable to agree on establishing new standards allowing railroads to avoid regulatory reprimand when assessing locomotive fuel surcharges. Rather than await reinforcements, the three voted unanimously to terminate the rulemaking. This did not sit well with shippers.

Cue former ICC Commissioner Clyde B. Aitchison: “Transportation rate disputes began when one primitive man undertook to carry the belongings of the other across a stream or along a trail and the two haggled over the barter.” Alas, only the technology has changed.