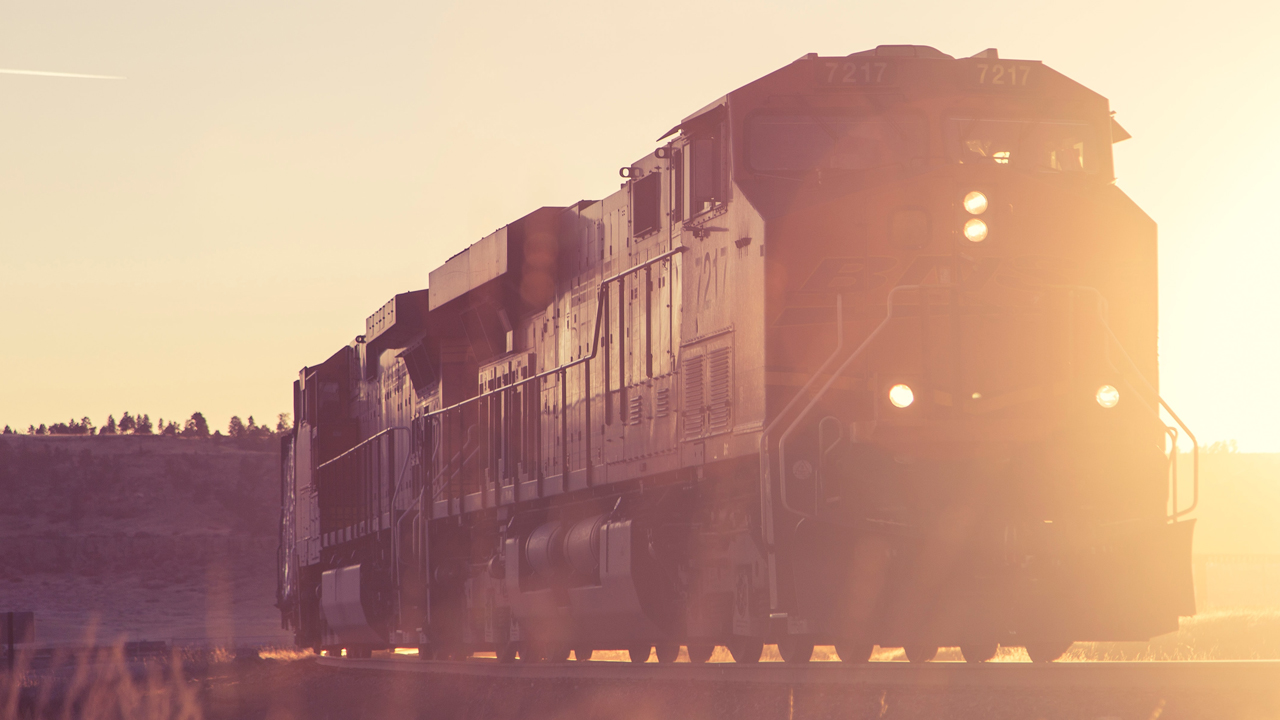 A resolution to adopt the Presidential Emergency Board (PEB) No. 250’s recommendations was introduced Sept. 12 by Sens. Richard Burr (R-N.C.) and Roger Wicker (R-Miss.) to prevent a “rail worker strike if contract negotiations are not soon resolved.” Update: Sen. Bernie Sanders (I-Vt.) blocked a vote on it, according to a Sept. 14 Bloomberg report.

According to the Senate resolution (S.J. Res. 61; download below): “With respect to any disputes referred to in Executive Order 14077 of July 15, 2022 (… establishing an emergency board to investigate disputes between certain railroads represented by the National Carriers’ Conference Committee of the National Railway Labor Conference and their employees represented by certain labor organizations) that are not resolved pursuant to mutual, written agreement by 12:01 a.m. eastern daylight time on September 16, 2022, the provisions of the Report and Recommendations of Presidential Emergency Board Numbered 250, issued on August 16, 2022, … shall be binding on the parties to such disputes, and shall have the same effect as though arrived at by agreement of such parties under the Railway Labor Act. …” The resolution noted that nothing in it “shall prevent a mutual, written agreement by the parties … to any terms and conditions that are different from those established by this joint resolution.”

Congressional resolutions have the same effect as legislation. They typically are used to enact temporary legislative objectives or to amend legislation already adopted. As with legislation, resolutions must be signed into law by the President. S.J. Res. 61 has three co-sponsors—Sen. Cynthia Loomis (R-Wyo.), Sen. Shelly Moore Capito (R-W.Va.) and Sen. Tom Tillis (R-N.C.)—and has been referred to the Senate Health, Education, Labor and Pensions Committee that is chaired by Sen. Patty Murray (D-Wash.).

On Sept. 14, Sen. Burr “sought unanimous consent for the resolution that would force the two sides to accept the [PEB] recommendations,” according to Bloomberg. “That would require agreement from all senators, and Bernie Sanders … objected, arguing freight rail workers need better sick leave.” The media outlet quoted Sen. Burr as saying: “In less than 48 hours, at 12:01 Friday [Sept. 16] morning, the likelihood is without action by Congress, there will be a strike and rail traffic will stop.”

According to Bloomberg, “[M]any Democrats have hoped for negotiations to come to a close on their own to avoid walkouts, while unions have urged lawmakers not to intervene.”

All 12* rail labor unions have been negotiating since January 2020 with the National Carriers Conference Committee (NCCC) that represents most Class I railroads and many smaller railroads. “Unlike in most other unionized industries, railroad labor contracts negotiated under provisions of the Railway Labor Act (RLA) never expire,” Railway Age Capitol Hill Contributing Editor Frank N. Wilner explained in a Sept. 11 labor update commentary. “They remain in force until voluntary agreements are reached, or, in the event of a rare work stoppage after RLA provisions run their course, Congress imposes a legislative settlement.”

Sept. 16 is the date on which the RLA has run its course, he noted, “and labor may strike or carriers may lockout, but neither is foreordained and neither side has made an actual threat.”

Wilner, author of “Understanding the Railway Labor Act” as well as a former director of public relations for SMART-TD and its United Transportation Union predecessor, an assistant vice president for policy at the Association of American Railroads, and a White House (Bill Clinton) appointed chief of staff at the Surface Transportation Board, wrote on Sept. 11: “If this round goes to Congress to settle—a virtual certainty, given the importance of railroads to the national economy and defense—a pattern on wages and benefits appears fully embroidered through tentative agreements reached (or on the cusp of reaching) with 10 of the 12 unions and in comments from the negotiating teams of SMART-TD and BLET.

“Congress need only cut and paste into legislation the non-binding settlement recommendations of Presidential Emergency Board No. 250. This would satisfy carriers and the union leadership satisfied with the deal but having trepidations of selling it to members for ratification given the well of once relative goodwill these labor leaders fouled in recent years.

“A rail worker strike would be catastrophic for America’s transportation system and our already-stressed supply chain,” Sen. Burr said during the Sept. 12 introduction of the resolution. “… This resolution would provide certainty for Americans who have a right to travel and work freely across state lines.”

“A rail strike would be counterproductive for everyone involved and would have devastating impacts on our entire economy,” said Sen. Wicker. “While there is still time for the remaining parties to reach voluntary agreements to end this dispute, it is time to bring this matter to a close. This resolution would implement the recommendations as issued by the Presidential Emergency Board. They are balanced, comprehensive, and would ensure rail service is not disrupted further.”

Many groups have called on Congress to act. American Short Line and Regional Railroad Association (ASLRRA) President Chuck Baker on Sept. 10 sent a letter to Congressional leadership outlining the impact of a freight rail strike on the U.S. transportation network and the economy and urged Congress to “immediately step in and avert a system shutdown by legislatively implementing Presidential Emergency Board (PEB) recommendations,” should a voluntary agreement not be reached by the end of the RLA-mandated “cooling off” period.

Separately, the U.S. Chamber of Commerce President and CEO Suzanne P. Clark on Sept. 12 issued the following statement regarding the rail-labor negotiations:

“A national rail strike would be an economic disaster—freezing the flow of goods, emptying shelves, shuttering workplaces, and raising prices for families and businesses alike, but that is exactly what is likely to happen in less than four days. To avoid a strike and the catastrophic economic impacts that would follow, one of three things needs to happen: the remaining unions who have not agreed to a deal need to join the ones who have; an agreement to extend the current ‘cooling off’ period must be reached; or Congress intervenes, as it has in prior situations. If action is not taken, the nation’s rail service will come to a halt, the negative impacts of which cannot be understated.

“Today the U.S. Chamber sent the following letter [scroll down to download] to Congress, urging them take immediate action and implement the recommendations of President Biden’s Presidential Emergency Board if the railroads and unions are unable to come to a voluntary agreement.”

In the letter, the U.S. Chamber wrote:

“We continue to believe that a voluntary agreement by all parties is the best outcome, but it is now clear that Congress may need to intervene. Based on the history of these negotiations and the opportunity for all parties to have their concerns heard by the National Mediation Board and the PEB, we contend that the next best outcome is for Congress to impose the recommendations of the PEB. This action is not without precedent, as Congress previously mandated the parties to accept the recommendations of previous PEBs in 1982 and 1986. While not perfect, these recommendations represent the best framework for an agreement that address the most significant concerns for all sides. Otherwise, allowing the negotiations to continue will bring further economic uncertainty to the American business community and consumers.

“Thank you for considering our views. We remain hopeful that all sides will reach voluntary agreements in the coming days, but we cannot take the risk of a service shutdown. At this point in time, we are not confident that additional time will result in a different outcome than where we are today. Therefore, if Congress is forced to act, we urge you to implement the recommendations issued by the impartial PEB.”

Frank Wilner, on Sept. 13, told Railway Age: “Democrats so far have been in hiding, under pressure from rail labor not to act. The Transportation Division of the Association of Sheet Metal, Air, Rail and Transportation Workers (SMART-TD) on Sept. 12 sent to families of its more than 37,000 rail members a form letter for them to resend to their congressional representatives asking lawmakers not to interfere if a work stoppage occurs. A sudden flood of form letters to Congress, each identically worded, is known as lobbyist-coordinated Astroturf as opposed to grassroots efforts where individuals act independently with original—and often handwritten—letters.”

“The political squeeze is on,” Wilner said, “with Republicans putting Democrats in the unenviable position of either protecting the nation’s economy and national defense or honoring the implicit link between themselves and rail unions’ millions of dollars in political campaign contributions.”

Amtrak Suspending Some Service Due to Potential Freight Rail Shutdown 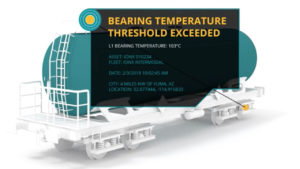