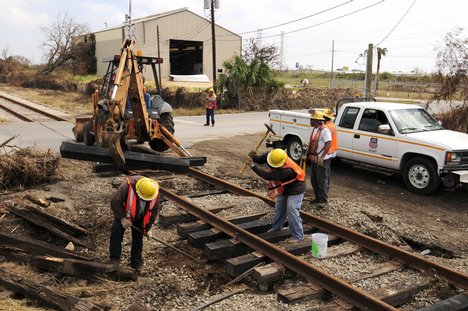 “We’re pleased that we have now settled with 12 of the 13 unions in this bargaining round. Everyone wins when we reach voluntary agreements,” said NCCC Chairman A. Kenneth Gradia. “In a tough economy, these agreements offer a terrific deal for rail employees. They lock in well-above-market wage increases of more than 20% over six years, far exceeding recent union settlements in other industries.”

“The goal of the nation’s freight railroads, from the start of bargaining almost two years ago, has been to reach voluntary settlements with all of its rail unions,” said Association of American Railroads President and CEO Edward R. Hamberger. “These agreements bring the industry closer to achieving that goal. Freight rail touches nearly every sector of our economy, and we are committed to finalizing the remaining agreement so that we can continue to deliver for the tens of thousands of American businesses that rely on rail, and the hundreds of thousands of Americans who use passenger rail to commute to work every day.”