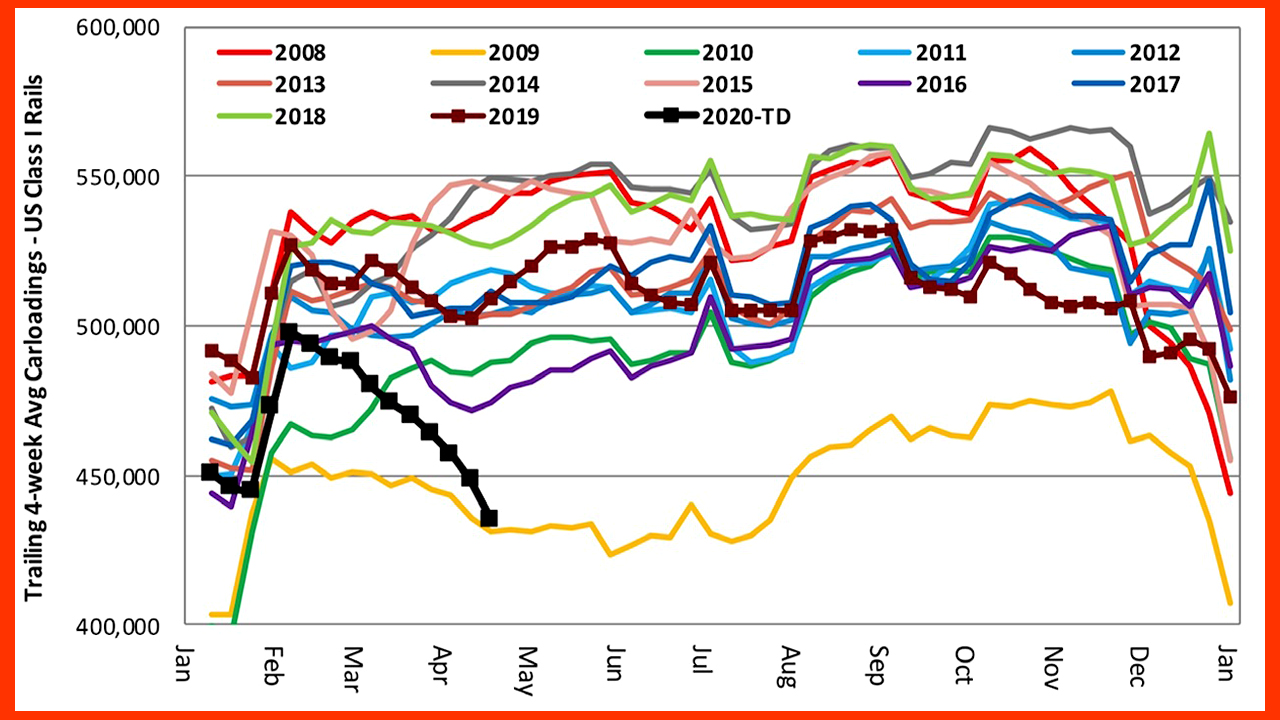 The 2020 line may be black, but rail freight traffic is not “in the black.” Source: Susquehanna Financial Group

Despite those drops, AAR Senior Vice President John T. Gray remains confident about the future of the industry.

“Railroads are continuing to move massive amounts of freight, including countless essential chemicals, food products and manufactured goods that we need in good times and bad,” he said. “It’s still too early to say when the current crisis will end, but when it does—and it will—railroads will be ready to ramp up their service to safely, reliably and cost-effectively meet the freight transportation needs of our nation.”

“The pandemic is affecting firms in every industry, and railroads are no exception,” said Gray. “When rail customers suffer a drop in demand for their products, their need for transportation services declines as well, and that negatively impacts rail volumes.”