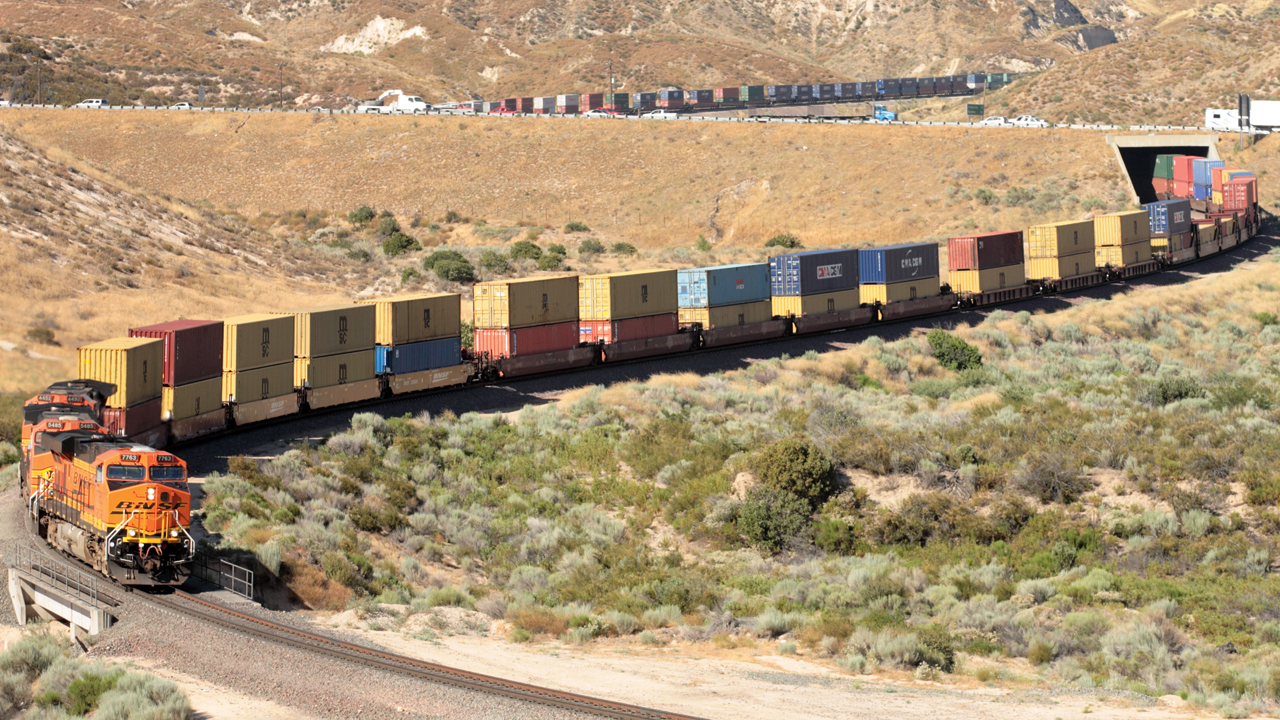 “BNSF maintained its position as the most favorably rated railroad with a 76% positive rating, up from 70% in 3Q18, which was also the largest change in rating among the railroads,” the survey noted. “Second was Kansas City Southern, with a 73% positive rating, up from 69%. Norfolk Southern received the lowest percentage of positive ratings. Three of the seven Class I’s received better ratings than in 3Q (BNSF, CSX, and KSs), two received worse ratings (Canadian Pacific and NS), and two received roughly the same rating (CN and Union Pacific), with the average improvement in ‘positive’ rating about +1%, compared to +9% the last survey. 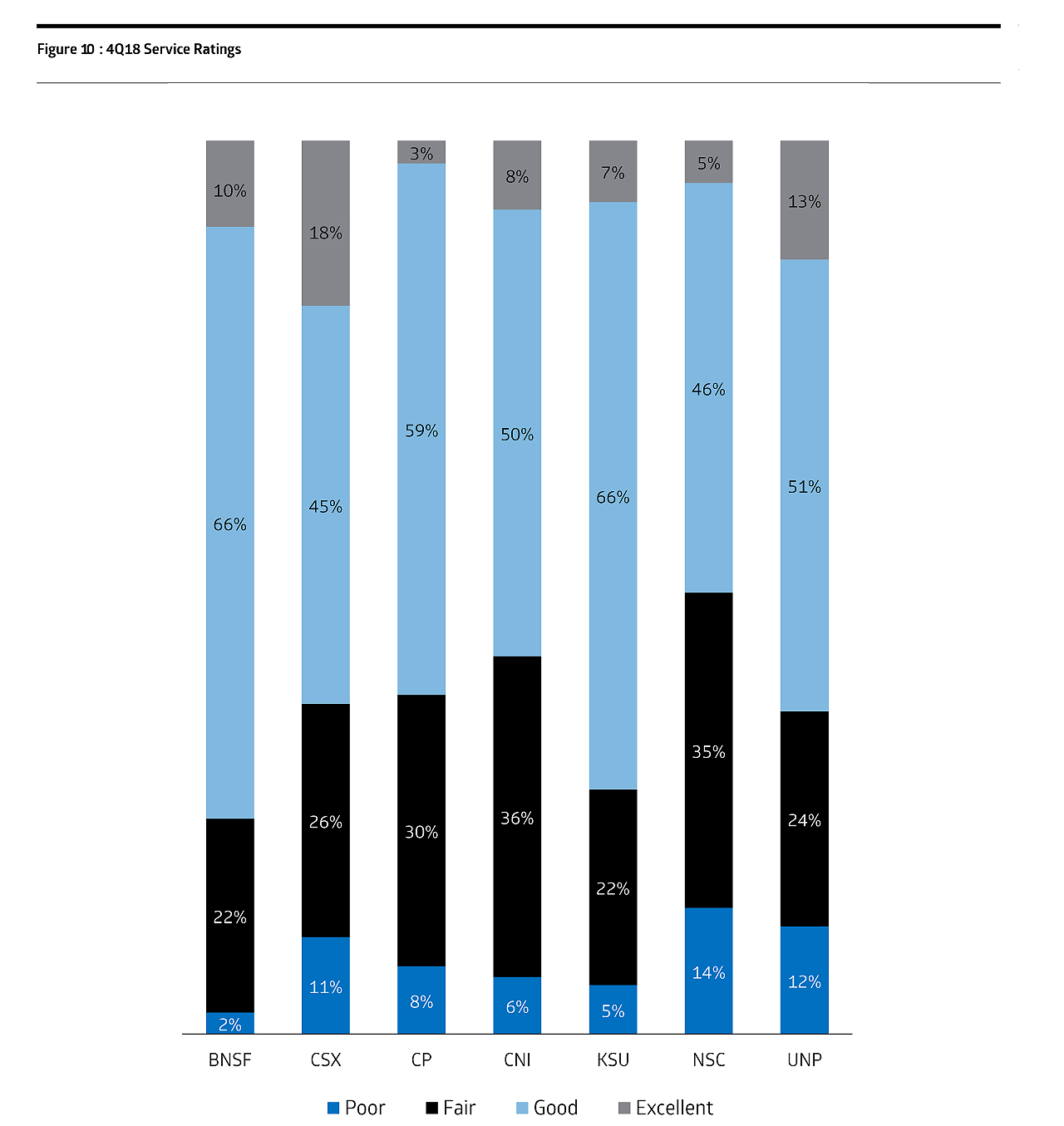 “Indications are that rail service is improving. Those citing improved rail service as reasons for why they shifted to the railroads this past quarter increased to 18% from 8%, while average ‘positive’ service ratings increased marginally. Last, the number of people who said they would push 15%+ more freight to the rails should service levels improve rose to 10% from 6%.” 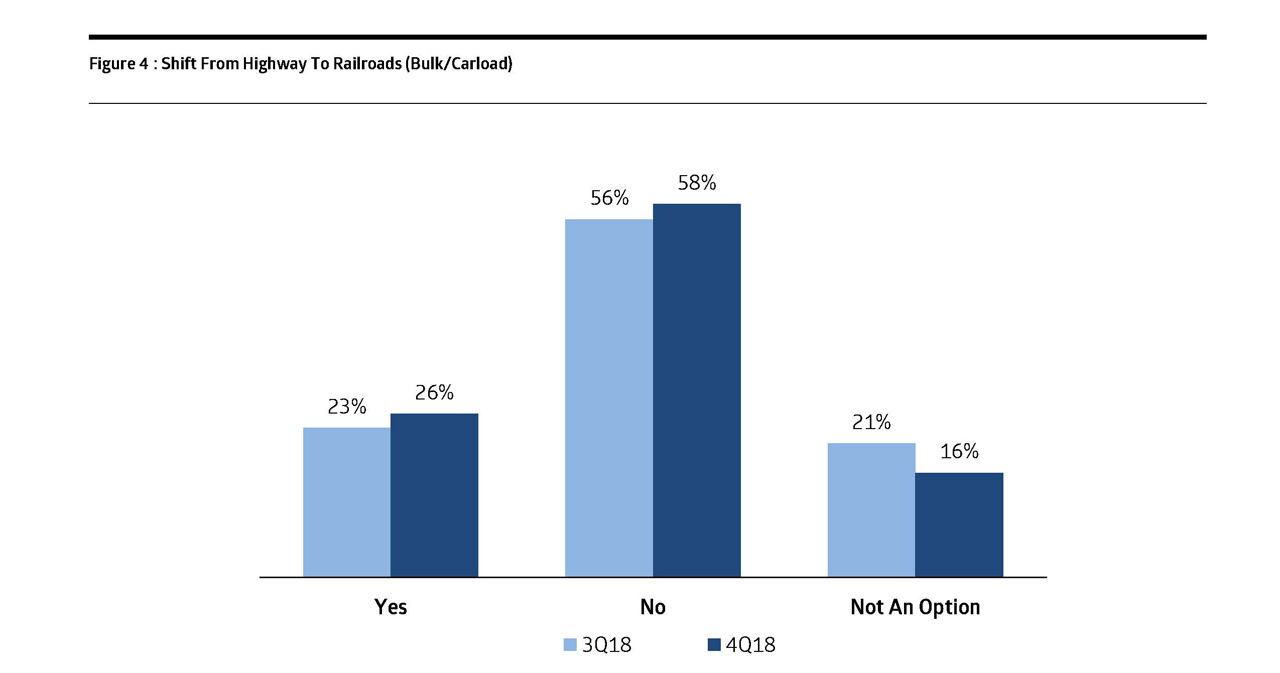 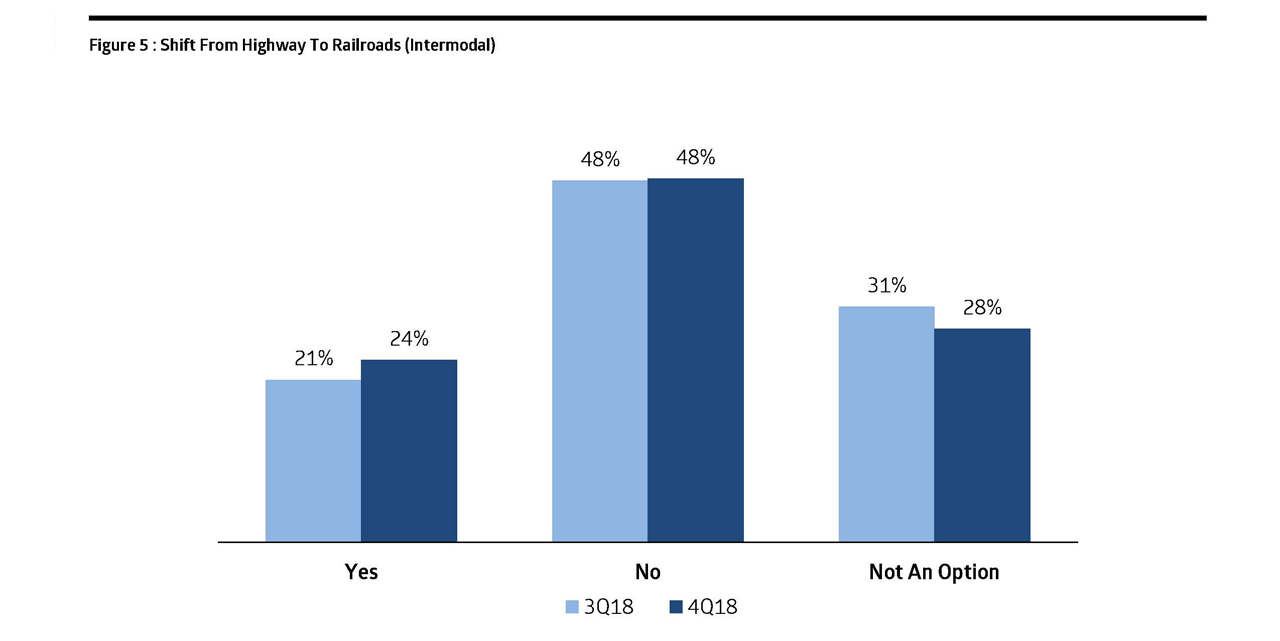 Shippers are anticipating price increases of 3.4% over the next 6-12 months, down for the second consecutive quarter and below the survey’s long-term average—down 30 basis points sequentially from Cowen’s 3Q18 survey, though at a slower rate of deceleration than 3Q18 compared to 2Q18. 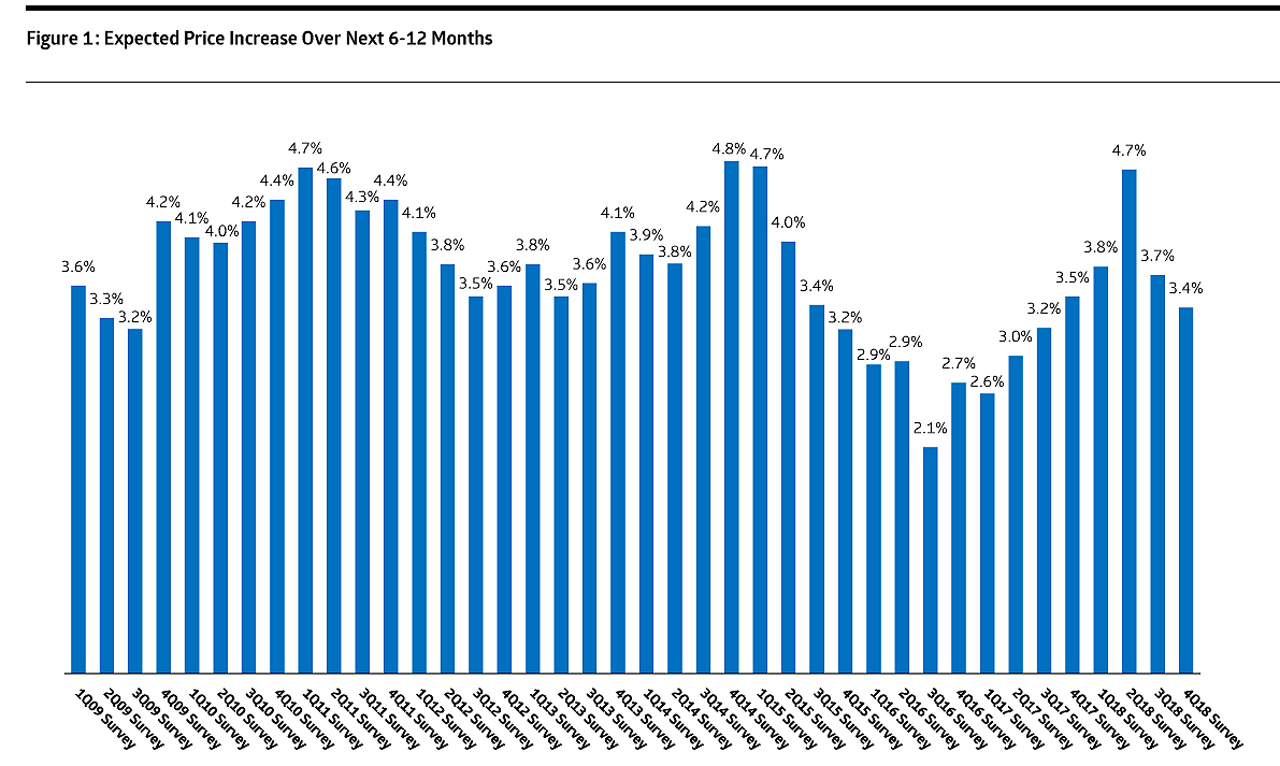 On a same-shipper basis, pricing expectations declined “even more substantially,” Cowen’s analysts said. “Economic confidence sunk below the survey’s long-term average, while recent business trends remained above. We view these results as a slight negative for railroads. On a same-shipper basis, pricing expectations fell about 70 bps sequentially.” 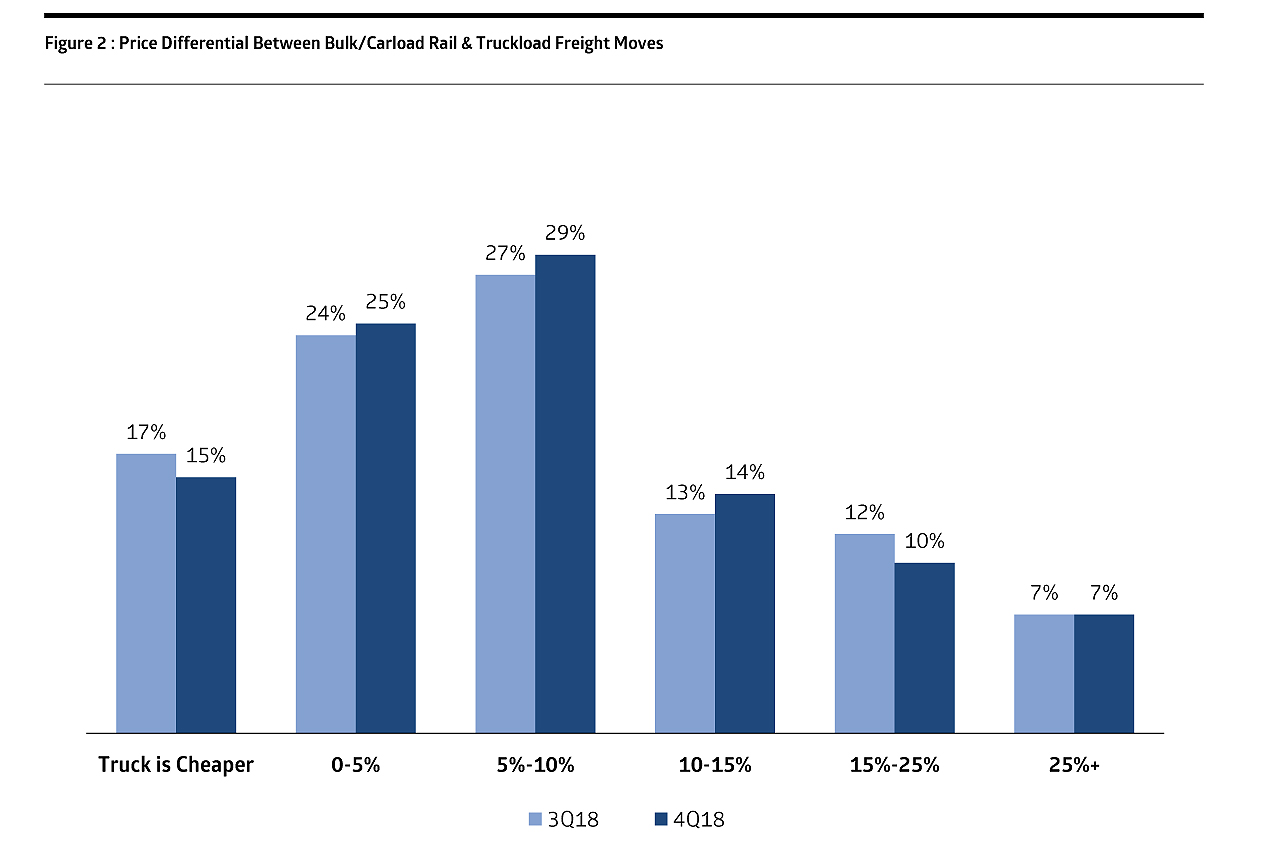 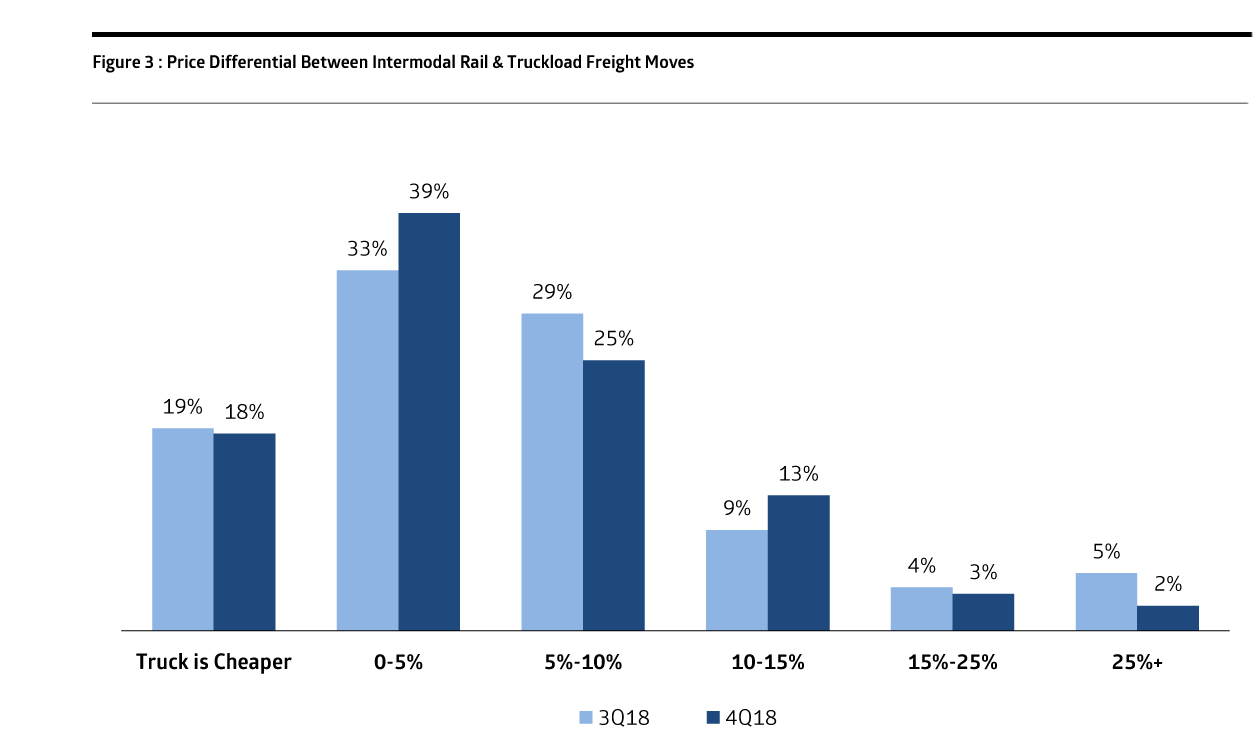 Rail shippers expect their businesses to expand at an average rate of 2.6% over the next 12 months, down 30 bps for the third consecutive quarter and well below the survey’s 4.5% long-term average. Only 32% of shippers are more confident in the direction of the economy than they were in 3Q18, down sequentially and well below the survey’s long-term historical average. 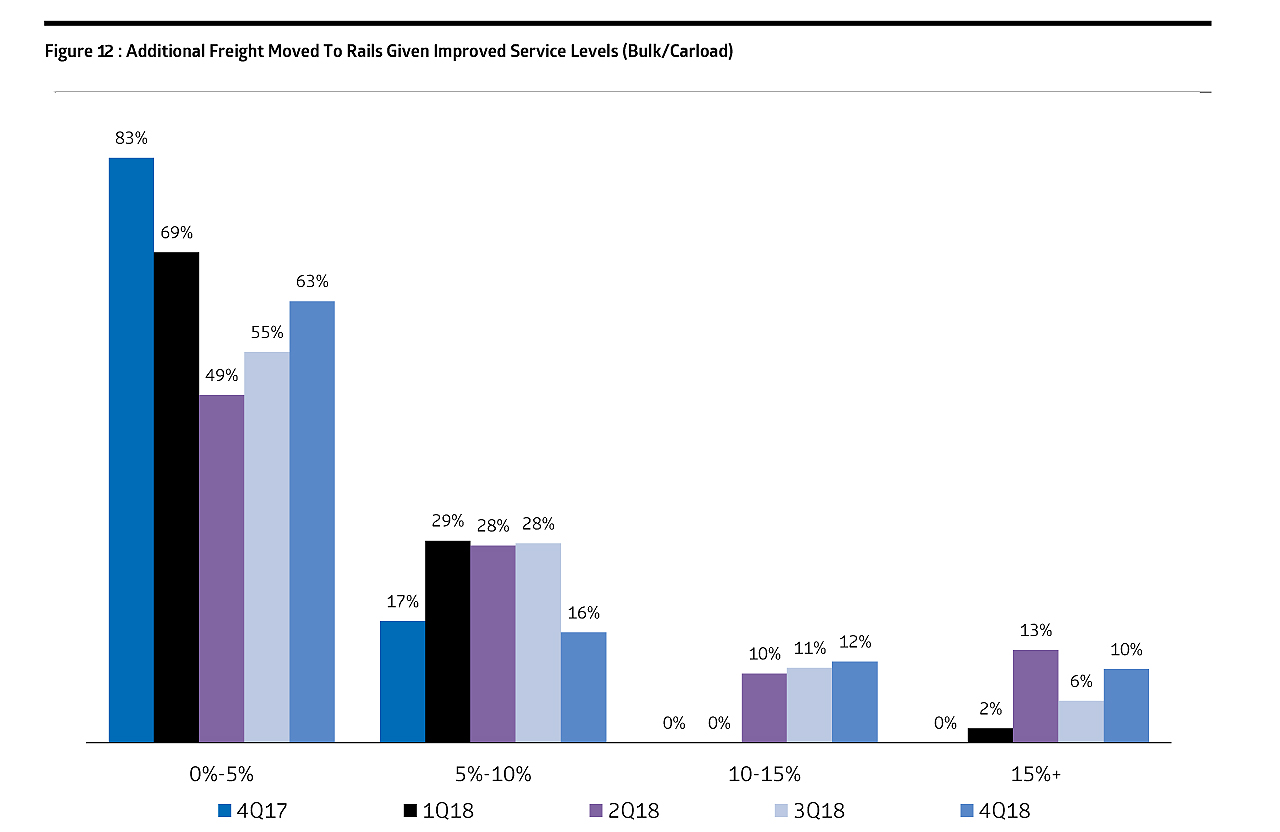 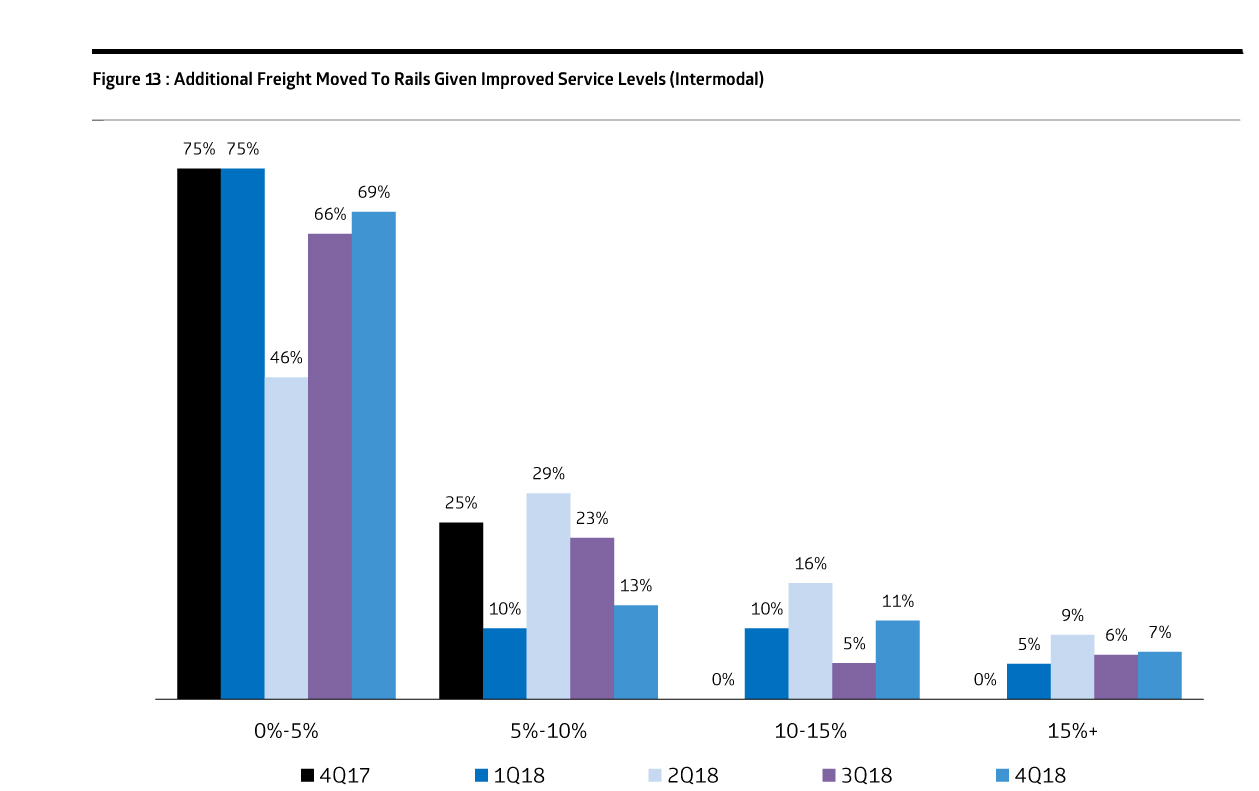 Finally, business levels decreased by 7% for the third consecutive quarter, though they remained slightly above the survey’s long-term average. “We attempt to quantify whether the pre-tariff pull-forward, inasmuch as it may have helped business in 3Q18 and 4Q18, will conversely hurt business in 2019,” the analysts noted. “16% of shippers in our survey answered that their first-half 2019 rail shipments will be negatively impacted by pre-tariff actions they took. This could mean a slightly more negative first-half 2019 volume outlook for the railroads.” 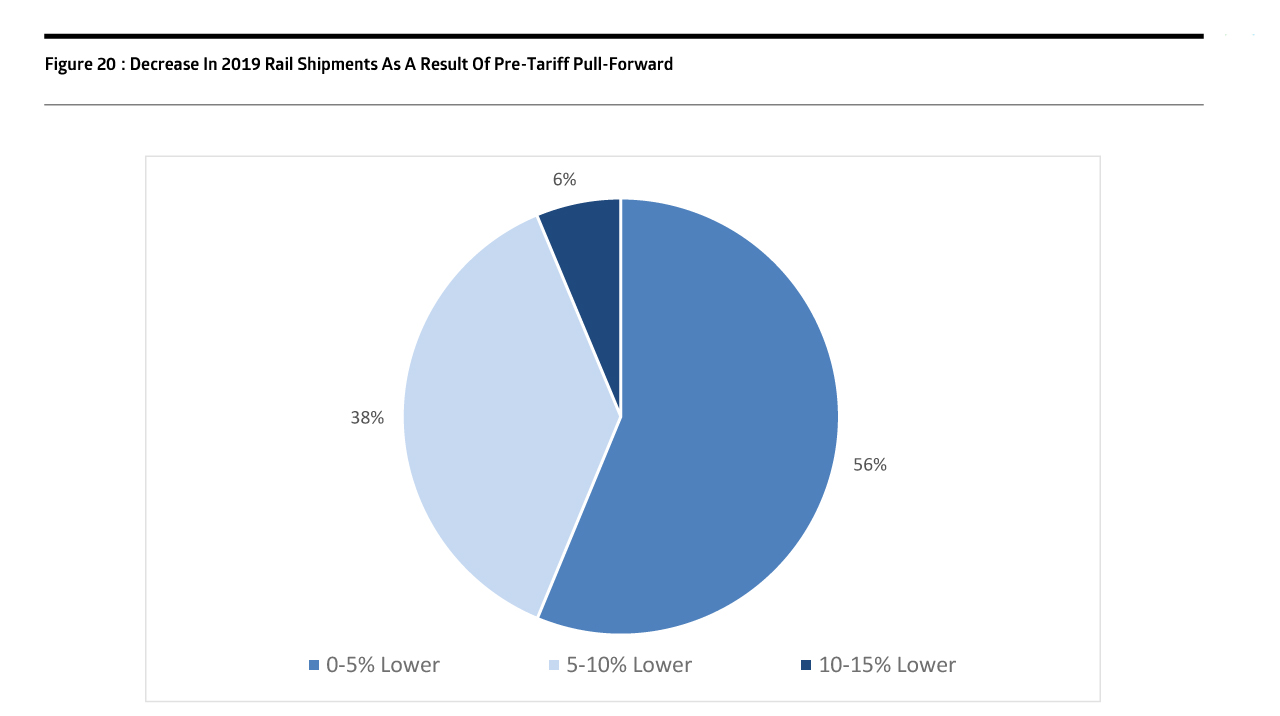