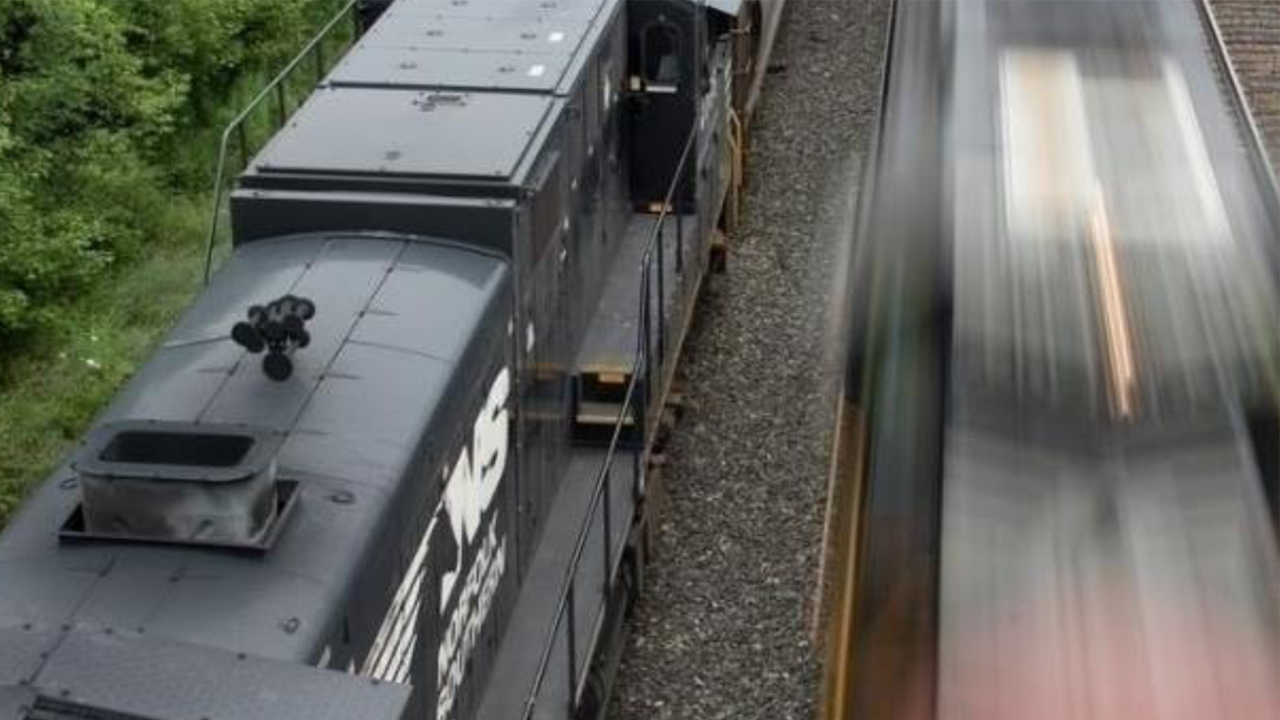 A $385 million “non-cash locomotive rationalization charge related to the ongoing disposition and marketing of excess locomotives not required for future operations due to the successful introduction of Precision Scheduled Railroading” is the defining number for Norfolk Southern’s 1Q2020 financials. NS Chairman, President and CEO Jim Squires said that shedding the locomotives and taking the huge financial charge in this year’s first quarter will yield an “enhanced financial position,” longer term.

“During the first quarter, Norfolk Southern’s determination to transform our operations once again produced all-time best service delivery levels accompanied by productivity improvements, despite volumes being impacted by weak energy prices and the onset of the COVID-19 pandemic,” said Squires. “While it is unclear how long economic activity will remain suppressed, we are dedicated to serving our customers and keeping our employees healthy and safe while navigating the downturn so that we can emerge strong and resilient for our shareholders. I am extremely proud of the commitment and strength the Norfolk Southern team has displayed by keeping our nation’s freight moving during this challenging start to 2020 while also enhancing our financial position.”

With the $385 million charge, first-quarter results include:

Without the $385 million hit, NS’s adjusted first-quarter net income is $669 million, and adjusted diluted EPS is $2.58. The adjusted OR improved by 230 basis points to 63.7%, compared with 1Q2019. Adjusted operating income of $953 million declined by 1% from 1Q2019. Adjusted operating expenses declined by $202 million, or 11%, to $ 1.7 billion, driven by lower compensation and benefits, fuel, purchased services and materials.

“Second-quarter volumes have continued to decline across all of Norfolk Southern’s commodity segments, down 30% quarter-to-date, setting up for a very soft revenue outlook,” NS said. “With uncertainty on both the cadence of reopening the U.S. economy and the slope of recovery, we withdraw the previously issued outlook for flat full-year revenue. As a result of the current volume environment, we also withdraw core operating ratio guidance for 2020.”

“While the COVID-19 pandemic will effect business volumes for the year, the PSR implementation that our team is executing upon will generate significant operating expense savings in 2020,” said Chief Financial Officer Mark R. George. “In this challenging environment, our team is doubling down on examination of our structural cost opportunities to ensure that we remain positioned to drive enhanced profitability for the long term.”

Examining the Earnings Slides, “doubling down on examination of our structural cost opportunities” appears to be tied to Slide 14:

“Norfolk Southern has demonstrated an ability to achieve solid operating results despite weakness in coal,” notes Cowen and Company Managing Director and Railway Age Wall Street Contributing Editor Jason Seidl. “NS has invested heavily in expanding its intermodal network and increasing its productivity. NS beat our and consensus expectations top to bottom and generated record FCF (free cash flow). This was driven by improved network performance and aggressive cost control. While the company has suspended its 2020 guidance, it did not pull its 60% OR target by 2021. With service metrics continuing to improve notably, NS is well-positioned in the long term to weather the downturn and emerge stronger on the other side. This and valuation keep us constructive on shares.”

“Adjusted for one-time items, NS delivered 1Q2020 EPS of $2.58, decidedly beating our and Street expectations of $2.19 and $2.25, respectively. Adjusted operating income of $953 million was well above our and consensus estimates of $859 million and $890 million, respectively. Revenue declined 8% to $2.63 billion but exceeded our and the Street forecast of ~$2.57 billion.

“While the 11.4% volume decline was largely in line with our expectation, revenue per carload increased 4.4%, compared to our estimate of 1.8%. This was the 13th consecutive quarterly increase in revenue per unit. We see this as being the result of pricing discipline and an evolving mix, which is partly associated with the company’s freight selectivity amid PSR implementation and other operational improvements over the past few years. Pricing in the current downturn, while likely under some pressure for the company and its peers, does not appear to be showing big cracks. If much of the service improvement holds through the recovery, and if oil prices begin to rebound, NS and its Class I counterparts could see price improvement while at the same time enjoying favorable modal shifts.

“NS’s adjusted improved ~230 bps y/y to 63.7%, 280 bps better than our estimate and 170 bps better than consensus. This occurred as NS achieved improvements in just about every service metric and lowered operating expenses by 10.8% to the 7.6% revenue decline. Management sounded confident that it can maintain the first quarter’s service levels for the remainder of the year

“In light of the COVID-19 pandemic, NS pulling its 2020 targets of flat revenue and OR improvement is not unusual, as it has been done by all other companies we cover that had outstanding guidance. That said, NS did not pull its OR target of 60% by 2021.

* Editor’s Note: This reminds a bit of when the “Big Three”—General Motors, Ford and Chrysler—within a relatively short time span slashed the number of makes and models, which had, due to “badge engineering,” a lot of redundant, look-alike vehicles. Gone from the U.S. market are Plymouth, Mercury, Oldsmobile, Saturn, Hummer (an overwrought repurposed military vehicle, like the Mercedes-Benz G Wagon) and, sadly, Pontiac. You can still buy a Chevy Camaro SS or Z-28, but if you want a new Firebird Trans Am, you’ll have to pay big bucks to companies like Trans Am Worldwide, which transforms modern Camaros into tire-frying monsters like the 1,000-hp Trans Am Super Duty 455, only 50 of which were built, at $175K a pop (a bargain compared to an exotic supercar costing several times more). — “Car Guy” William C. Vantuono, owner of two Pontiacs, an ’04 GTO (an Australian Holden Monaro CV8—Holden is also gone) and a ’69 Firebird 350HO Convertible