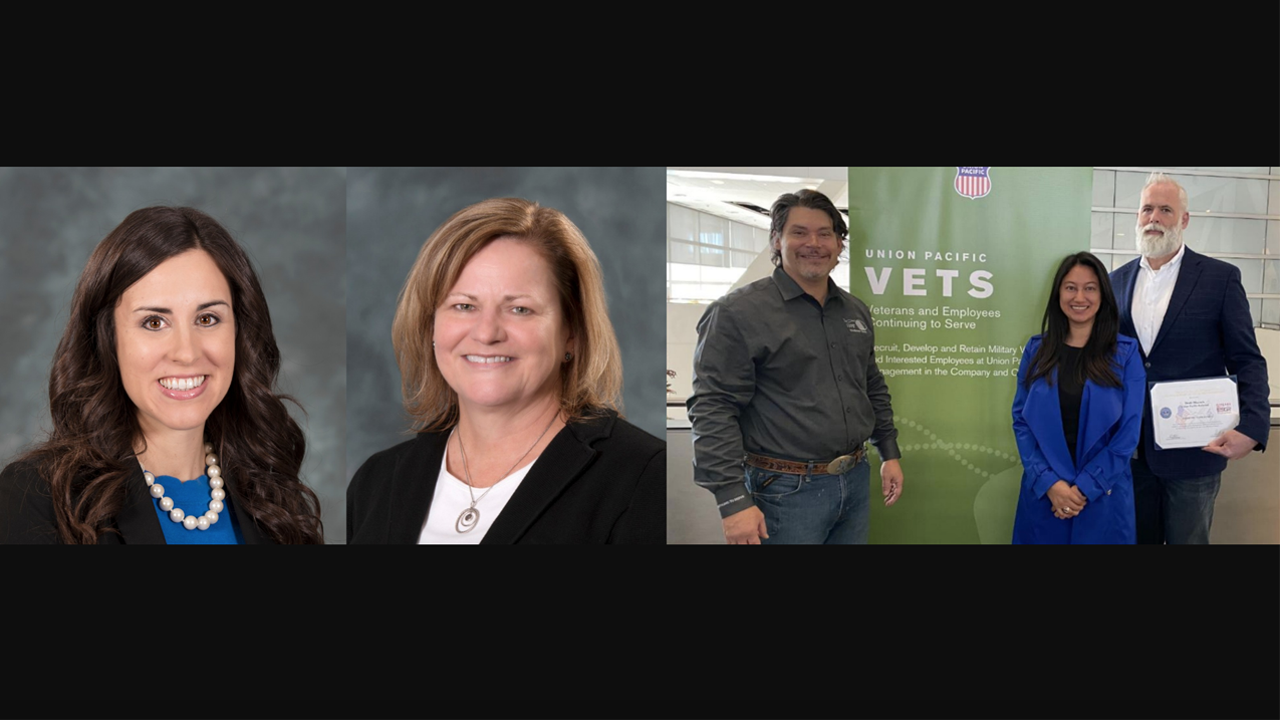 Stuart joined NS in 1985 as an Information Technology Developer. She held information technology and accounting positions before being named Assistant Vice President Accounting Operations in 2008. She was appointed to her current role in 2017.

Susan “has enjoyed an outstanding career at the company over the past 37 years,” NS Executive Vice President and Chief Legal Officer Nabanita Nag said. “Throughout her decades of service, Susan has been a trusted partner and mentor to countless Norfolk Southern employees. We wish her well in her retirement and thank her for her dedication to the Norfolk Southern team.”

“Jacquie’s excellent knowledge of Norfolk Southern’s business, as well as a strong accounting and audit background, make her a natural successor to Susan,” Nag continued. “Her leadership skills have had an immeasurable impact on the organization. We know that Jacquie will continue to be an agent for positive change and growth for Norfolk Southern in this new role.”

UP General Director, Tech Brett Hiscock has been honored with an ESGR Patriot Award “for affirming UP’s military-friendly workplace culture,” the Class I railroad reported on Nov. 21. This U.S. Department of Defense award recognizes supervisors for their support of an individual employee’s military service, according to UP.

Hiscock was nominated by UP Systems Engineer Jacquelynn Harris, who also serves as a Cyber Warfare Operator with the Iowa Air National Guard 168th Cyber Operations Squadron based in Des Moines, Iowa.

“Recently, my unit decided to shift our drill schedule from weekends to workdays, briefly pulling me away from my civilian job every quarter,” Harris said. “When I brought it up to my supervisor, Brett, I got a sincere ‘whatever you need—we can help.’ This schedule is not common and presents complications for my family with travel and childcare, so having his support took away a layer of stress.”

“I genuinely appreciated his support and submitted an award nomination immediately,” Harris continued.