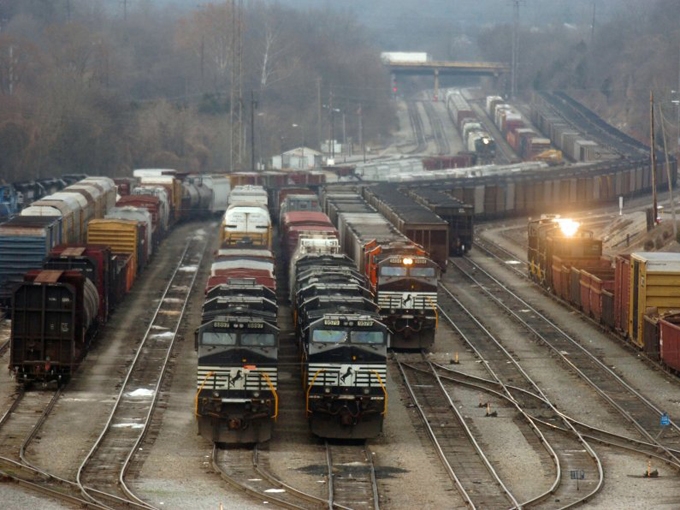 Norfolk Southern Corp. on April 20, 2016 announced that it will downsize its Knoxville, Tenn., classification yard, effective May 1. “The action is in response to lower traffic volumes and is consistent with the company’s ongoing implementation of its strategic plan to enhance operating efficiencies, reduce costs, drive profitability and support long-term growth,” NS said.

NS plans to idle railcar classification operations at Knoxville. As part of this change, train traffic will decrease at the yard, “reducing the need for personnel and infrastructure associated with train operations and maintenance activities,” NS said. “The Knoxville terminal will continue to serve as a hub for through-train operations and provide safe, reliable service to local customers. We have developed an operating plan to minimize any customer impact.”

NS will eliminate about 135 positions at Knoxville, which will continue to serve as headquarters for the company’s Central Division, consisting of 1,100 track-miles primarily in Tennessee and Kentucky. “Although approximately 135 positions will be impacted by the reduction of operations at the yard, nearly 300 employees in Knoxville will continue to support division operations and manage yard traffic,” NS said. “NS will assist impacted employees by offering them opportunities to fill job vacancies as they become available across the system. NS currently employs more than 1,570 people across Tennessee with nearly 850 miles of track across the state, intermodal terminals in Memphis, and a major rail classification yard and locomotive shop in Chattanooga.”

NS said its decision to downsize Knoxville is part of other recent initiatives in the railroad’s’ five-year strategic plan to implement cost control initiatives and network improvements, including:

• Consolidating two operating divisions in West Virginia and Virginia, idling a major Lake Erie coal terminal, and discontinuing operations on some coal routes in Central Appalachia, all in response to changes in the coal business.