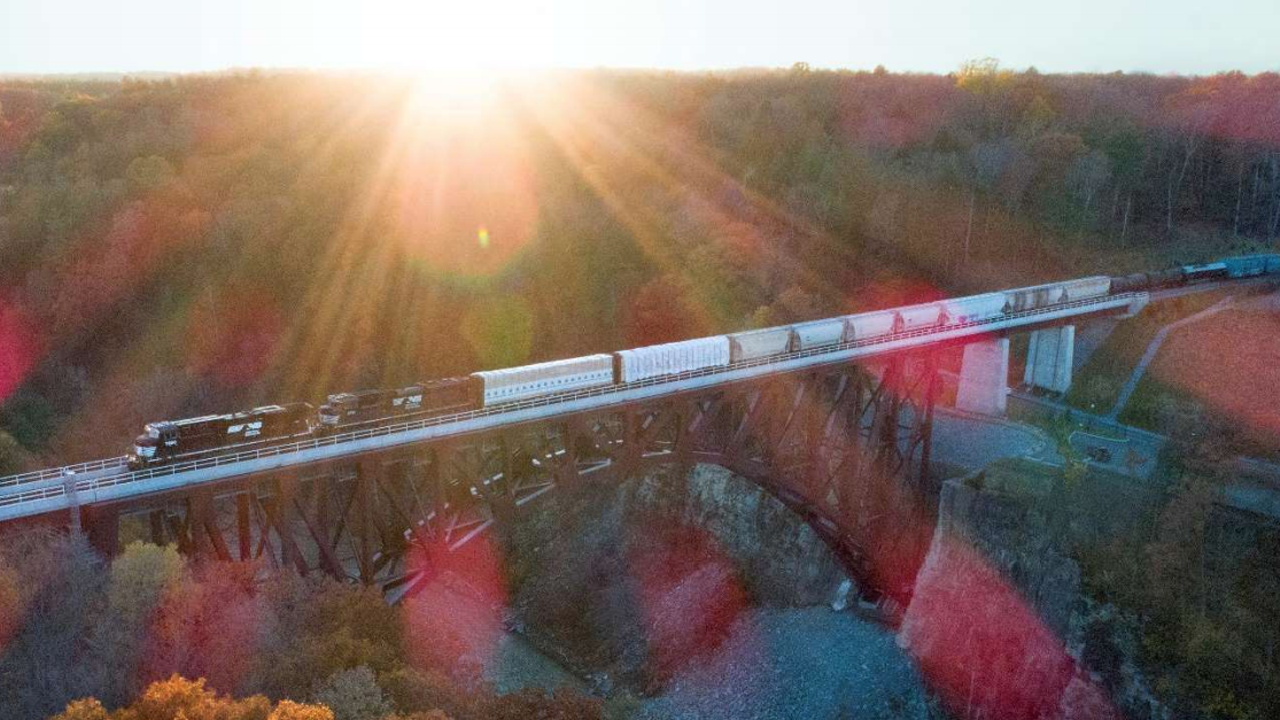 “I am confident that our efforts to improve our service through accelerated hiring and refinements to our operating plan will provide a platform for long-term growth and efficiency for both our customers and shareholders,” Norfolk Southern (NS) President Alan H. Shaw said during a first-quarter 2022 earnings announcement on April 27.

Shaw’s statement comes as the Surface Transportation Board (STB) continues its April 26-27 hearing on service problems (“Urgent Issues in Freight Rail Service”). STB Chairman Martin Oberman called on the leaders of NS, BNSF, CSX and Union Pacific to participate. Late last year, Oberman also asked NS to address deterioration of “key operating metrics” and the increasing number of customer complaints to STB about its “poor performance.” Shaw explained at that time that “[r]ecovering our service is our highest priority, and we assure you we are taking action to achieve this as quickly as possible.”

NS on April 27 released a first-quarter 2022 operating metrics report card: crew starts were down 5% from the prior-year period; active locomotives were up 1%; train weight and length were up 5% and 4%, respectively; and fuel efficiency was up 1%. Volumes were down 5%, and GTMs (gross ton-miles) fell 1% from the same point last year.

In his 2021 letter to Oberman, Shaw reported “[a]s of December 6, 2021, we had 285 employees in conductor training—the highest level year-to-date—and expect to further increase the number of conductor trainees between now and the end of the first quarter. We have a further 939 prospective employees in the pre-employment stage. To accommodate conductor trainee attrition and train a higher number of employees, we are dramatically expanding conductor training class sizes and will be starting new classes every week beginning January 3, 2022.”

• Railway operating expenses were $1.8 billion, an increase of 13%, or $206 million, vs. the prior-year period’s $1.6 billion, “due to higher fuel, purchased services, and equipment rents expenses.”

• Income from railway operations was a first-quarter record of $1.1 billion, an increase of 7%, or $70 million, from the prior-year period’s $1.0 billion, according to NS.

“Our financial results in the first quarter were solid, despite current network challenges,” summed up Shaw, who was recently selected by Railway Age readers as an “Influential Leader” in 2022.

Looking ahead, NS reported “upper single-digit year-over-year growth” for revenue in 2022, with merchandise and intermodal as the leading drivers. There are “near-term opportunities” for coal, it added.

On the productivity side, NS expects 50 to 100 basis points of operating ratio improvement in 2022 and capex of approximately $1.8 billion-$1.9 billion.

“First-quarter EPS was not as bad as we feared with earnings beating our and consensus estimates,” said Cowen and Company Managing Director and Railway Age Wall Street Contributing Editor Jason Seidl. “NSC [Norfolk Southern] appeared to lean into pricing as congestion continues to hold volumes back (which declined 5% in the quarter). NSC maintained financial outlook despite margin challenges in the first quarter, putting more weight in the second half with the assumption fluidity improves. We maintain our PT and reiterate Outperform.”

• “NSC reported first-quarter adjusted EPS of $2.93, coming in above our $2.82 forecast and consensus estimate of $2.92. Operating ratio in the quarter of 62.8% missed our forecast by 60bps and increased (worsened) 130bps compared with the year-ago period; given the increased fuel
environment, fuel pricing represented 100bps of OR headwind in the quarter, as well as a 40bp headwind due to a claims expense adjustment.

• “Total revenue grew by 10% to $2.9 billion, beating our forecast by approximately $0.2 billion. Volumes declined 5% led by autos (down 13%) and intermodal (down 6%). Within intermodal on the domestic side, volumes increased 2%; the laggard in the quarter was the international side, which declined 20%. We model sequential improvements within segments given our recent rail-share data and management commentary that fluidity will improve (and has already started to see it quarter to date) through the second half of the year. On the pricing, side, revenue per unit increased 16%, which, along with fuel surcharge and mix led to the aforementioned double-digit jump in revenues.

• “Indeed, NSC (and the other Class I’s) continue to lean heavily into pricing; fuel surcharge also was a beneficiary, as well as some positive mix shift within intermodal. Management stated that price accounts for approximately one-third of total RPU, underscoring some potential significant tailwinds to charges surrounding congestion. The strong pricing trends are in line with our First-Quarter Rail survey that noted a 50bp sequential increase in
expected pricing across the industry. NSC discussed storage costs on its earnings call, which we would expect to abate if congestion normalizes in the second half. All things considered, management maintained its revenue outlook of upper single-digit revenue growth in 2022.

• “NSC maintained its 2022 outlook for OR improvements, which is expected to improve 50-100bps year over year, despite the degradation in the first quarter. The fuel drag on OR in the first quarter is not expected to play out through the remainder of the year, and network capacity appeared to improve in March, which should help the trajectory moving forward. We model OR sequentially improving off of quarter one, but note year-over-year comparisons are not clean given the large property gain in quarter two 2021.”