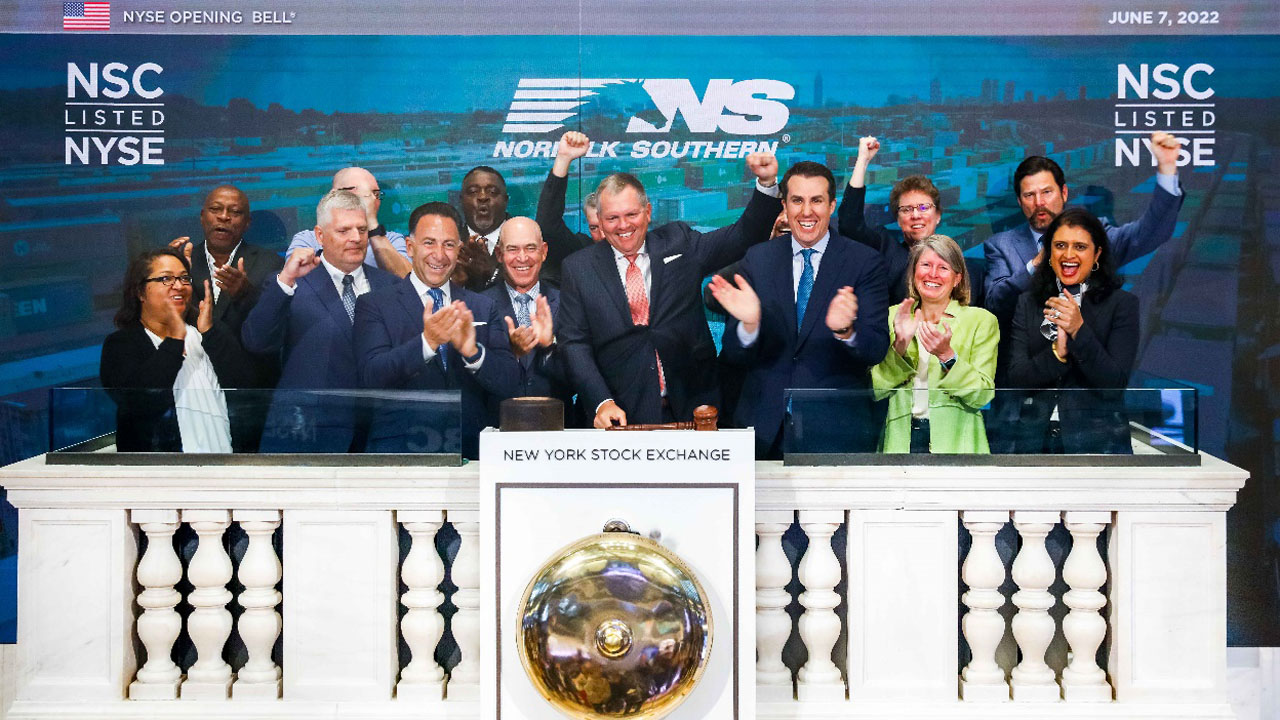 NS reported via Twitter that the event also marked “the symbolic start of a new chapter. We’re focusing on becoming more customer-centric and operations-driven by implementing a plan built around service, productivity and growth.”

It was the fifth time NS made a guest appearance at the NYSE. The first occurred on June 2, 1982 when NS stock began trading under the symbol “NSC”—one day after the effective date of the Norfolk & Western Railway-Southern Railway merger that formed NS. Present were NS Chairman and CEO Robert B. Claytor (previously president of the N&W) and NS President and Chief Operating Officer Harold H. Hall (previously president of the Southern).

This time, NS President and CEO Alan Shaw was on the podium to ring The Opening Bell® with the railroad’s senior executive team and a group of six craft railroaders from the operations division.

“Forty years since the merger that created Norfolk Southern, and nearly 200 years since the founding of our first predecessor railroad in 1827, we continue to play an essential role serving our customers and powering our nation’s economy,” said Shaw, who was recently selected by Railway Age readers as an Influential Leader for 2022. “Norfolk Southern has a rich history, a vital purpose and a bright future.”

The NYSE, located in the Financial District of New York City, was formed in 1792. In the decades following, railroads were among the first companies to issue bonds and stocks in the United States, according to NS.