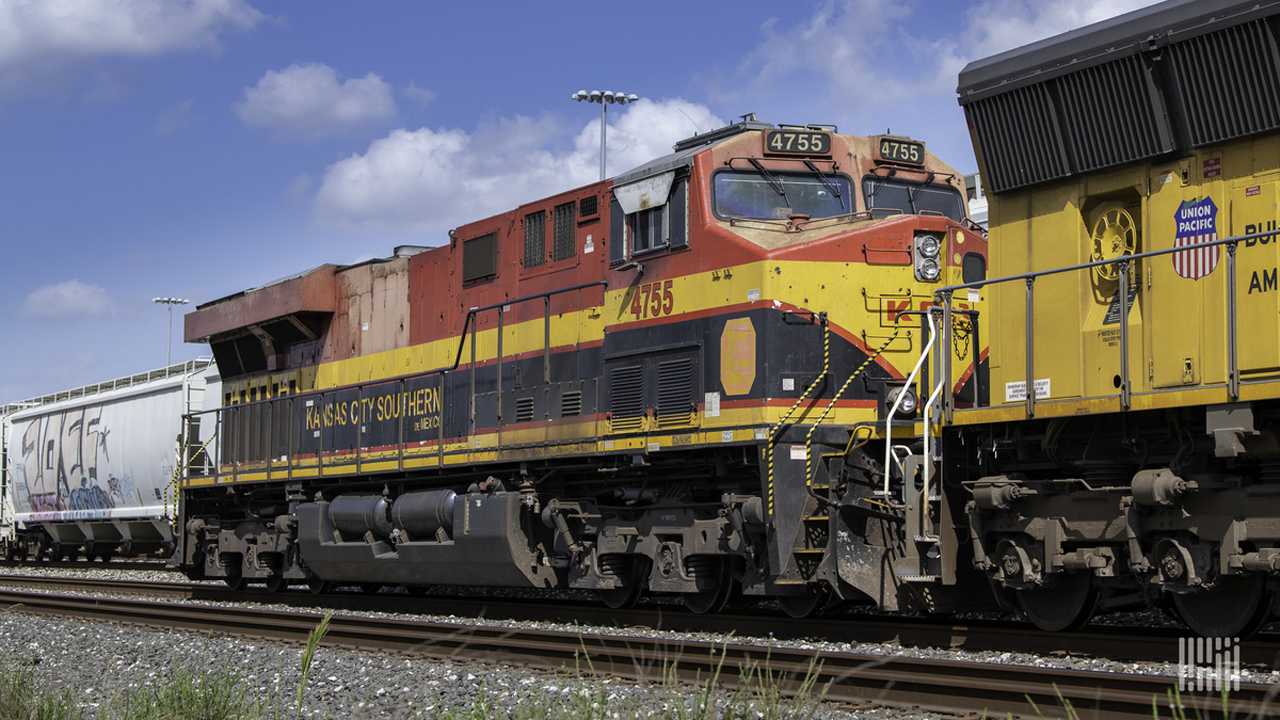 Mexico has a freight railway system owned by the national government. However, the trains and the network are operated and managed by various private entities under concessions (charters) granted by the national government. Today, Mexico has service from eight concessionaire railway companies. Beyond Kansas City Southern de México, and Ferromex, are the smaller, but important Ferrosur, Ferrovalle, Coahuila-Durango, Ferrocarril Chiapas Mayab, Ferrocarril del Istmo and Ferrocarril Tijuana-Tecate.

Mexico’s rail freight industry structure was changed quite a bit in 1995 when the government changed its policy toward a more competitive railway concession model. The policy became more open to commercial competition with private investment taking on the business execution risks. The change paid public dividends. There were improvements in railway infrastructure and rolling stock investment.

Between about 1995 and 2014, rail-moved freight traffic volume doubled. In contrast, the Mexican GDP improved, by about 56% (about 2.8% per year). That suggests a railway market share gain compared to trucking. An international report concluded that the performance of Mexico’s three (now just two) main railway freight concessions had improved considerably—thus by 2014 rivaling the improvements in freight railroad service witnessed in countries like Germany.

With the success of the new concession laws, the assumption was that the railroad network would be physically expanded under provisions of the 1995 Railway Law. However, the government was to be responsible for developing the new lines. So far, that expansion has not happened. There have been some Chinese-financed ideas for Mexican railways floated, but so far, not much executed. Meanwhile, Ferromex and KCSM have significantly developed competitive freight businesses.

No other Latin American or South American railroads have been able to match the productivity increases shown, specifically those of KCSM. The possible exception? Perhaps the heavy haul iron ore system operated by Vale in Brazil.

As reviewed by others, the Mexican railways “have been transformed financially, from a system heavily dependent on support from the public budget to a system of financially sustainable concessions operating the main lines that make normal returns on investment.”  New railway lines? No. Translation? The reforms adopted in 1995 achieved their objectives of creating the conditions for private freight rail investment.

But to some, the Mexican railroad system might not yet be the perfect business model. Into mid-year 2020, there is a continual “rumbling” by some about the need for a heavy hand of regulatory open-access changes. Yet, there is little published data that supports the requirement to switch back to government-mandated management. It is mostly hypothetical economics.

Could that change? Possibly. Sovereign governments might occasionally try to mandate a change. But sovereign governments often fail to achieve their goals. They do not seem to anticipate commercial market risks very well. Still, there could be some change as early as about 2027. Why? Because the terms of the Mexican rail concessions awarded in 1995 allow for such a possibility. That possibility is balanced by the law that allows the concessions to be renewed and extended beyond 2027.

As of 2020, let’s look at Mexico’s railroad business through the scope of the very detailed report by KCS executives. Even during difficult pandemic times, it portrays a rather good commercial picture. The first exhibit identifies how that one railroad’s business is performing during the February to June 2020 pandemic period:

Yes, traffic overall did decline. A lot of the decline relates to the temporary closure of the North American automobile manufacturing plants. Those plants are now reopening. Furthermore, KCS’ operating profits clearly show that its business model is generating sufficient earnings and free cash flow to afford any new business opportunity capital expenditure-supporting investments, if required.

This graph shows how KCS allocated its recent capital:

As for the overall report of financial health, this exhibit is from the July 2020 KCS official report. Even with traffic down considerably during the second quarter, the company reported strong financial results. The low operating ratio in the 60% range is a proxy of an operating margin in the high 30% range:

How good are these results? KCS volumes are approaching pre-pandemic levels based on a strong recovery in cross-border, intermodal and automotive traffic. Over July’s first two weeks, overall traffic volume recovered to within 6% of what KCS was handling back in early March. In fact, very few 1995-era supporters of railroad freight concessions likely foresaw such strong results as these amidst a severe pandemic outbreak that has disrupted traffic.

Here is a broader review of the Mexican railroad business as published recently by the Secretariat of Economy:

“Of the more than 900 million tons of goods that were transported across Mexico, 85% was moved by trucks, 12% by railroads, and 3% by maritime and air shipments.”

Based on the figures presented by the Railroad Transport Regulatory Agency, during the year 2018, 915 million tons were moved by train in Mexico, an increase of 14% compared to 2017. Expansion of the oil and gas sector is a major emerging driver. Rail is already the main means of transporting fuels, minerals and metals. The largest rail-moved commodities by volume are industrial (47.6%), agricultural grains (25.1%), minerals (12.9%) and oil and its derivatives (8.1%).

The decade ahead? Energy market demand will continue to rise, but the nation’s domestic production capacity is declining.  Therefore, energy imports from the United States will likely drive future railroad growth:

Experts like PLG Consulting are predicting that Mexico represents significant new potential for the railroad importation of diesel, liquefied petroleum gas (LPG) and gasoline rail shipments. Based upon ongoing market research in the Yucatan Peninsula by this journalist, we can likely add petrochemical imports to that forecast. There are possibilities to also move LNG by cryogenic rail tanker cars within Mexico from import ports like Tabasco to inland energy-deficient or selected high-energy-price communities, industrial parks, greenhouses and small-footprint, natural-gas-powered electricity generation stations. New market players disrupting in a positive way such new energy sources include companies like Red Rhino out of Pennsylvania and LNG suppliers like Okra Energy (Alabama).

Inside Mexico, new possible entrants that might work with local railroads include firms like Enestas Energy & Gas, a company specializing in the distribution of natural gas in Mexico through virtual pipelines. To this can also be added substitutes for certain diesel fuels using rail-moved feedstocks that include soybean oil, corn oil and animal fats.

Not to be overlooked are rail volume increases caused by global supply chains and production centers shifting from faraway locations like China to “near(er)-source manufacturing locations.” Such global near-sourcing should favorably impact cross-border railroad traffic volumes at or near the Mexico/U.S. border “land” ports. Also impacted will be the Ferromex, BNSF and Union Pacific opportunities for added Mexican volume growth.

Overall, there appears to be plenty of railway freight business upside. Therefore, the Mexican model for rail business remains relevant. Yet, it still faces challenges as to how to finance physical expansion with new railway lines.

Acknowledgement as to market intelligence.