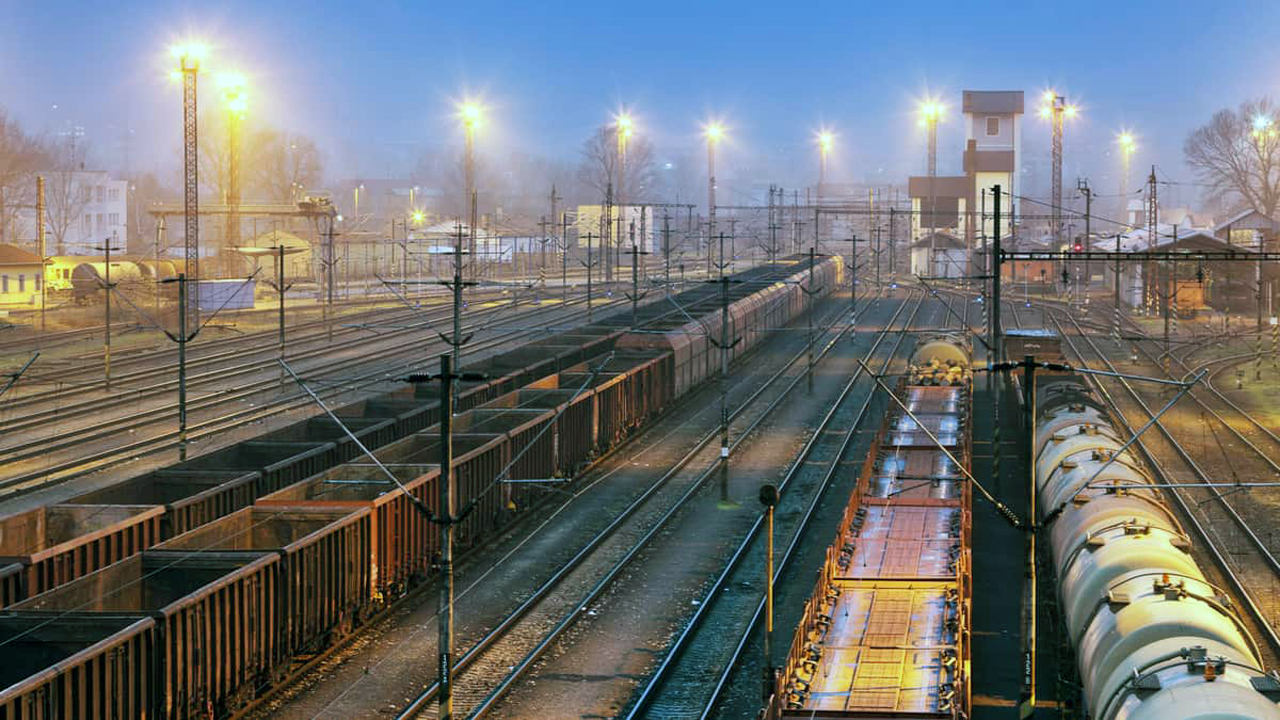 North American rail managers are good at managing costs, but 2020 might be their ultimate challenge. Let’s say you are in charge at a freight railroad. What do you do in such hard times with so many fixed costs? You can ratchet down variable costs. That’s easy. The tougher part is twisting a large part of those fixed costs into segments of variable costs. How do you do that? Let’s start by defining what these railroad costs are.

A freight railroad’s cost structure is a blend of common costs—sometimes called joint costs. In addition, there are some geographic sectors of solely allocated costs. Then there are short-term variable costs. Finally, railroads have a large segment of what economists call completely fixed costs. This graph shows how variable and fixed costs generally are scaled, compared to average unit costs:

Fixed costs can be either “fixed into the ground” costs or mobile asset costs. Bridges, tunnels, track abutments and tangent and curved and turnout track are in this fixed cost “bucket.” Signaling hardware and communications networks are also fixed costs. Locomotives and freight car rolling stock have elements of fixed expenses, such as long-term leases or mortgage payments. Sometimes, fixed costs also mean that a class of assets is not liquid. These assets might be old, but they continue to have some type of valuation even if stored.

Shifting to the variable costs of running freight trains, there is an assumed near-immediate cost savings often measured as a cash expense that can be avoided. The operations and transportation divisions of a railroad are the areas where managers search for cost avoidance.This graph assumes that changes in variability are linear. Practical experience suggests that is not always true. Costs are not always linear:

To a railroad, the first obvious variable costs include:

To manage these expenses downward requires cutting services, beginning with train starts per day being dispatched. It may also mean combining some trains into longer consists, since this can incrementally save on both fuel and crew costs as well as locomotive per diem. Pushing the cost saving efforts further might mean slowing train running speeds by 10% or more to conserve fuel. It also might mean storing excess locomotives and freight cars (the 40% or so of the national car fleet that railroad companies on average own). Every railcar that a railroad owns (or leases) as well as every locomotive has a maintenance cost. The maintenance costs of those cars and locomotives are typically mileage-run formulas. Therefore, the mechanical department will see a lower variable expense if these units are either parked or stored. All of these methods are part of PSR (Precision Scheduled Railroading)

The examples above are the traditional definitions of rail freight variable cost savings. But managers can also save on some parts of fixed costs. Pushing further, engineering science allows managers today to reduce long-term former fixed track costs.

Here is how: Maintenance costs for long-term track degradation are a direct function of each wheelset contact made with the rails and the supporting ties, tie plates, fasteners and ballast that complete the roadbed. However, the degradation impacts and track structure repairs are spread out over time. The accumulation of those degradation impacts typically are calculated on a ton-mile passing basis. The required maintenance expense saved would include materials, track machine operating and maintenance costs, plus the required track workforce expenses.

Deferred maintenance isn’t always recommended. But maintenance deferrals do occur. What’s that look like? A managed deferral maintenance on items that are long-term costs would see, for example, a short-term reduction in system-wide tie replacement, or a longer time spacing between surfacing work. For example, instead of every third year, a heavy traffic density line might see a timing adjustment to every fourth or fifth year.

Signs a Railroad May Have Gone Too Far

Why defer maintenance? In part, it is done to conserve cash and turn the portion of capital work that is expensed in the income statement. That can influence both short-term free cash flow and operating ratio calculations.

Excessive deferral would eventually result in slow-orders. Train speeds would be reduced as track functional speed is reduced in order to comply with Federal Railroad Administration track safety engineering regulations. A lowered track speed need not be viewed as specifically dangerous. Instead, it might limit top freight train speeds previously set at 40 mph, as an example, to 25 mph. Another possible sign of physical track distress might end up being internal steel rail defects increasing per mile (these require ultrasonic testing to find).

These are not predictions of what will happen. It’s just a business discussion about possible corporate adjustments to extreme economic conditions.

Other classical fixed costs can be reduced. This includes the number of rail yards used. Managers can effectively shave these yard fixed costs by changing train operations and freight car switching procedures.

In conclusion, variable costs do vary almost directly with a railroad’s service units. The direct service elements to monitor are train starts, train miles, ton-miles of work performed, fuel used and crew costs. Today’s managers turn costs formerly considered fixed into managed variable costs. They will attack the top line also. If possible, managers will look for ways to increase the rates charged for some of the existing traffic. They will likely continue to use differential pricing to keep top line revenues as strong as possible. Differential pricing is quite common in many businesses. Products manufactured by a premium brand company are often discounted when marketed under a local grocery store or other brand name. Car rentals and airline ticketing take on differential pricing aspects, as do movie theater tickets for senior citizens. Even utilities’ electricity rates have elements of different pricing levels and times of day factoring.

While we might expect some changes in the usage, the Class I railroads so far haven’t signaled abandonment of that pricing method—not as or mid-month April 2020. If they are protecting their overall pricing approach, this explains in part why the railroads so far have not switched to using spot market pricing to protect traffic erosion by trucking in some key lanes.

How do you see railroad costs evolving and being used during this 2020 coronavirus crisis? Please, alternate hypotheses are welcomed. That’s how we learn together.