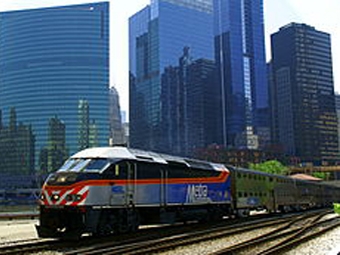 Both UP and Illinois’ Department of Transportation will commit $45 million to establish the third track between River Forest to Melrose Park, and then from West Chicago to Geneva (all in Illinois).

Gov. Quinn said the parties “are investing in jobs that will help solidify Illinois’ status as the premier rail center of the nation,” and added, “This final piece of the West Line improvement program will enhance commuter and freight travel on one of our state’s busiest rail lines. Building world-class infrastructure is vital to a healthy economy and today’s investment will help get us there.”

The West Line improvements are designed to ensure smoother traffic flow and reduce conflicts between Metra regional passenger operations and freight trains that share the line. Earlier projects completed by Metra and UP modernized the signal system and added crossovers to make freight movement more efficient.

A third phase on the West Line, improving the Lombard and Wheaton Metra stations, will be finished in 2015, UP and the state said. The West Line third track construction announced Friday is the final step that will allow the 59 Metra trains and 70 freight trains that use the line each day to operate at the same time.

The announcement was timed to coincide with the completion of a Chicago Region Environmental and Transportation Efficiency (CREATE) rail project that included the construction of a rail overpass, the rehabilitation of two passenger stations and the addition of pedestrian tunnels in Bellwood and Berkeley, and signal and track improvements along the UP/Metra West Line.

Illinois officials said the project created and supported 1,000 jobs and was funded primarily through a $52 million TIGER grant, a $27 million commitment from UP and other freight railroad partners, other federal funding of $3 million, and a $615,000 investment by the state of Illinois.