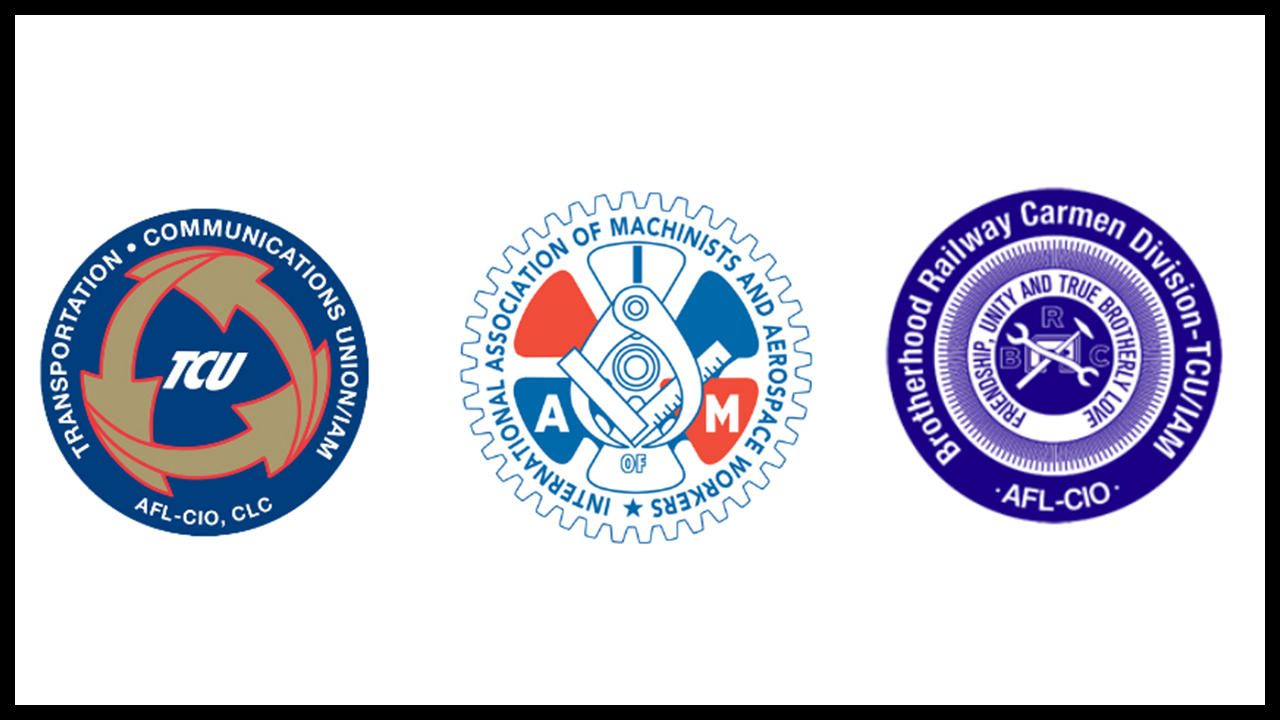 Two weeks after Presidential Emergency Board 250 issued its recommendations on the stalled contract negotiations between 12 rail labor unions and the carriers, the International Association of Machinists and Aerospace Workers (IAM) Rail Division has reached a tentative agreement with the National Carriers’ Conference Committee (NCCC), which represents most U.S. Class I freight railroads in national collective bargaining.

The NCC has reached a tentative agreement with the IAM Rail Division—Transportation Communications Union/IAM, Brotherhood of Railway Carmen, and International Association of Machinists and Aerospace Workers. Together, these unions represent more than 15,000 rail employees. The agreements are the first to be reached since  250 issued settlement recommendations on Aug. 16. The tentative agreements implement the PEB’s recommendations, which include a 24% wage increase during the five-year period from 2020 through 2024, with a 14.1%wage increase effective immediately, and five annual $1,000 lump sum payments. A portion of the wage increases and lump sum payments are retroactive and “will be paid out promptly upon ratification of the agreements by the unions’ membership,” NCCC noted.

Under the Railway Labor Act, the carriers and the unions remain in a 30-day “cooling off” period. “Voluntary settlements with all unions would avert any potential disruptions to rail service after the cooling off period ends at 12:01 a.m. on Sept. 16,” NCCC said.

“The NCCC would like to thank these unions’ leadership teams for their professionalism and efforts during the bargaining process,” the Committee said. “It is critical for all stakeholders—including customers, employees and the public—that all parties promptly resolve the negotiations and prevent service disruptions. Accordingly, we look forward to additional discussions with the unions that have not yet reached tentative agreements and will continue seeking voluntary agreements based on the PEB’s recommendations.

“This comes after a long, tough process that began almost three years ago and led us through every step of the Railway Labor Act, including a Presidential Emergency Board,” said Josh Hartford, IAM Special Assistant to the International President. “Since serving Section Six Notices, your IAM Rail Division leaders have fought tirelessly, advocating in your best interests and demanding a fair agreement. The IAM Rail Division fully supports the tentative agreements and recommends members vote ‘yes.’”

“IAM Rail Division members will receive the highest general wage increases (GWIs) ever achieved through National Freight Bargaining,” the union noted. “This means a 22% GWI (24% compounded) over five years and includes $5,000 in recognition bonuses; full retroactive pay, an additional paid day off for all members to use as a Personal Leave Day, Single Vacation Day, or a Personal Holiday; enhanced hearing benefits and added coverage for diagnosis and treatment of Autism Spectrum Disorder, while protecting all the excellent benefits of our healthcare plans; and a ‘Me-Too’ clause, ensuring IAM Rail Division members will receive the same additional value if another union reaches an agreement that improves the terms of this agreement.”

“If ratified by the membership, this likely sets a pattern as to wages and healthcare benefits that will not be broken,” comments Railway Age Capitol Hill Contributing Editor Frank N. Wilner. “There are other significant issues affecting SMART-TD and BLET, such as availability policies. Those issues might be sorted out with individual railroads. In the meantime, the other 11 unions will continue collective bargaining with the NCCC.

“The key takeaway here is that this is a tentative agreement with one of 12 unions, and as with all tentative agreements, it must be ratified by the membership. Tentative agreements extend the Sept. 16 strike or lockout deadline to allow the leadership to explain to members the provisions—typically through a mailing that includes a ballot and instructions as to electronic voting.”