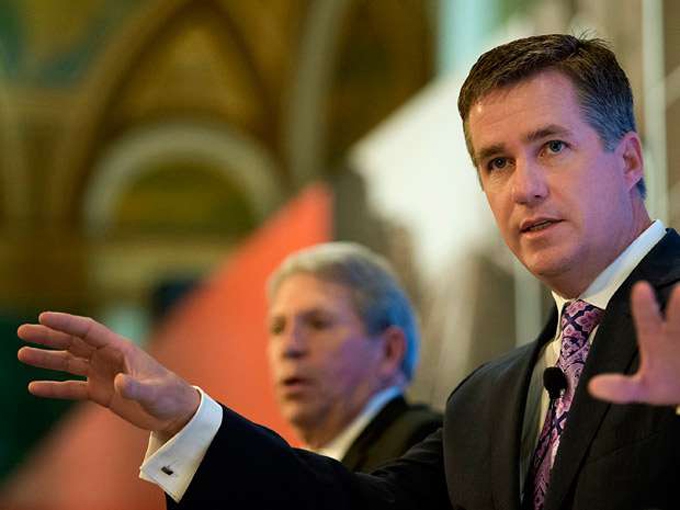 E. Hunter Harrison came out of retirement in 2012 to lead Canadian Pacific out of the Class I basement, where it had languished for several years. The following year, his protégé, Keith Creel, left CN to join his mentor. Next July, Creel will officially fill Harrison’s shoes upon Harrison’s retirement after more than a half-century in railroading.

Currently President and Chief Operating Officer, Creel will become President and CEO on July 1, 2017. Harrison will remain on board in a post-retirement consulting capacity for at least three years. “I’ve demonstrated my trouble with retiring in the past, so being available to the Board and the organization after my official retirement is exciting,” Harrison, Railway Age’s 2002 and 2015 Railroader of the Year, said. “In four years, we have gone from an industry laggard to an industry leader. I look forward to assisting Keith, the executive team and the Board in any manner requested as they continue to write the CP story.”

“I have known and worked with Keith for more than 20 years,” said Harrison. “He is one of the strongest operating executives I have ever met in this business, and I know he will do a fantastic job leading CP after my retirement. I look forward to supporting him as we continue to transition over the next year.”

“Keith is a tremendous railroader who is more than ready to take the helm as our next CEO,” said Andrew F. Reardon, Chairman of the Board. “Since joining the company in 2013, Keith has continued to demonstrate to the CP Board and all of our stakeholders his considerable leadership abilities and capacity to lead this organization into the future. Keith and the entire CP team have benefited greatly from Hunter’s leadership, and the Board recognizes that we are well-positioned for the future.”

“We are absolutely thrilled that Hunter has agreed to continue in a supporting advisory capacity after he retires at the end of June 2017,” Reardon said. “Having the greatest railroader in history available to the organization and the Board brings countless benefits. Hunter led the historic turnaround of the company, and we are more than fortunate that he has agreed to continue his relationship with us for three years past his retirement.”