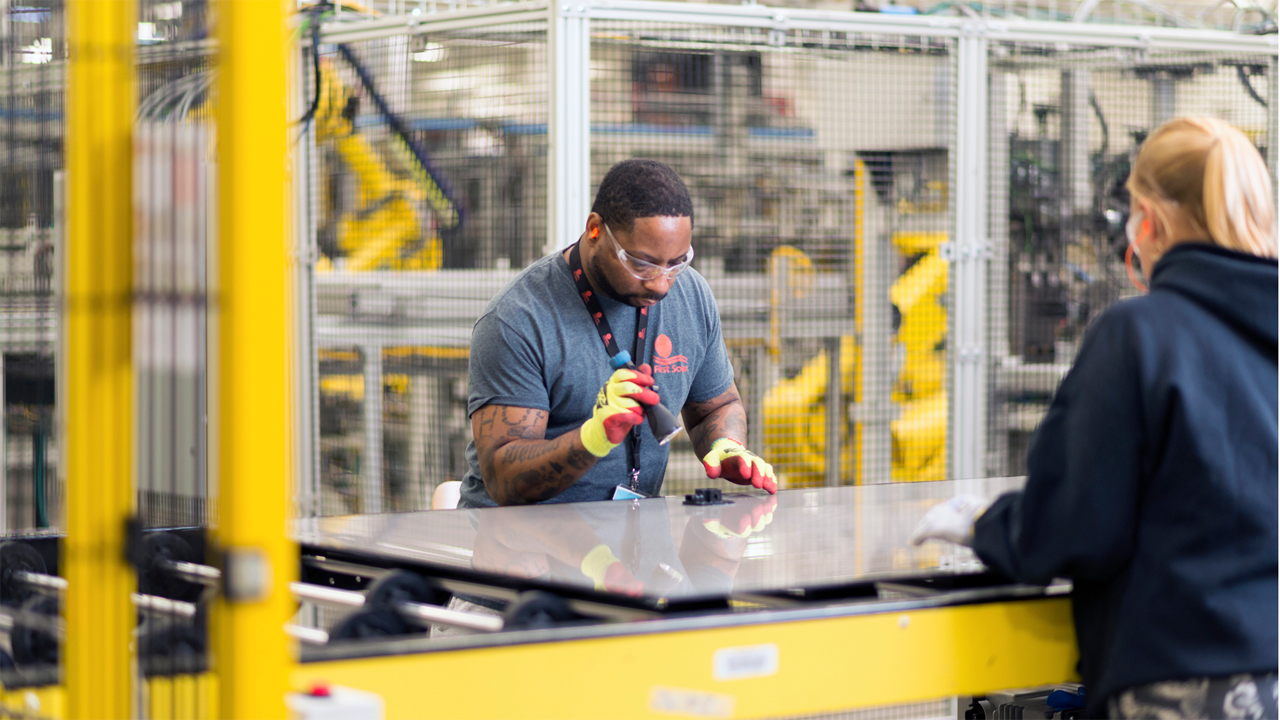 The planned factory in Lawrence County’s Mallard Fox Industrial Park is slated to be commissioned by 2025, with an annual capacity of 3.5 GWdc (gigawatts direct current) and jobs for more than 700 state residents, according to First Solar. It will join three First Solar factories in Ohio, including one that is scheduled to come online in first-half 2023. The company said its “advanced thin-film PV modules” were designed and developed at its California- and Ohio-based research and development centers, and offer “a competitive, high-performance, lower-carbon alternative to conventional crystalline silicon PV modules.”

“Our commitment to Responsible Solar includes operating facilities that are among the cleanest, safest and most diverse in the country, and we’re pleased to bring our model of responsible solar manufacturing to Alabama,” First Solar CEO Mark Widmar said on Nov. 16. “We are proud of the role that this facility will play in creating stable, good-paying manufacturing jobs in the state, demonstrating the economic and social value that clean energy can deliver.”

“We are proud of our partnership with Joe Wheeler Electric Membership Corp., the state of Alabama and other economic development agencies to help make north Alabama the region of choice for their newest location,” Tennessee Valley Authority President and CEO Jeff Lyash said.

The location was featured on NSites, an online industrial site and transload selection tool that debuted in December 2021, NS reported via Twitter on Nov. 28.