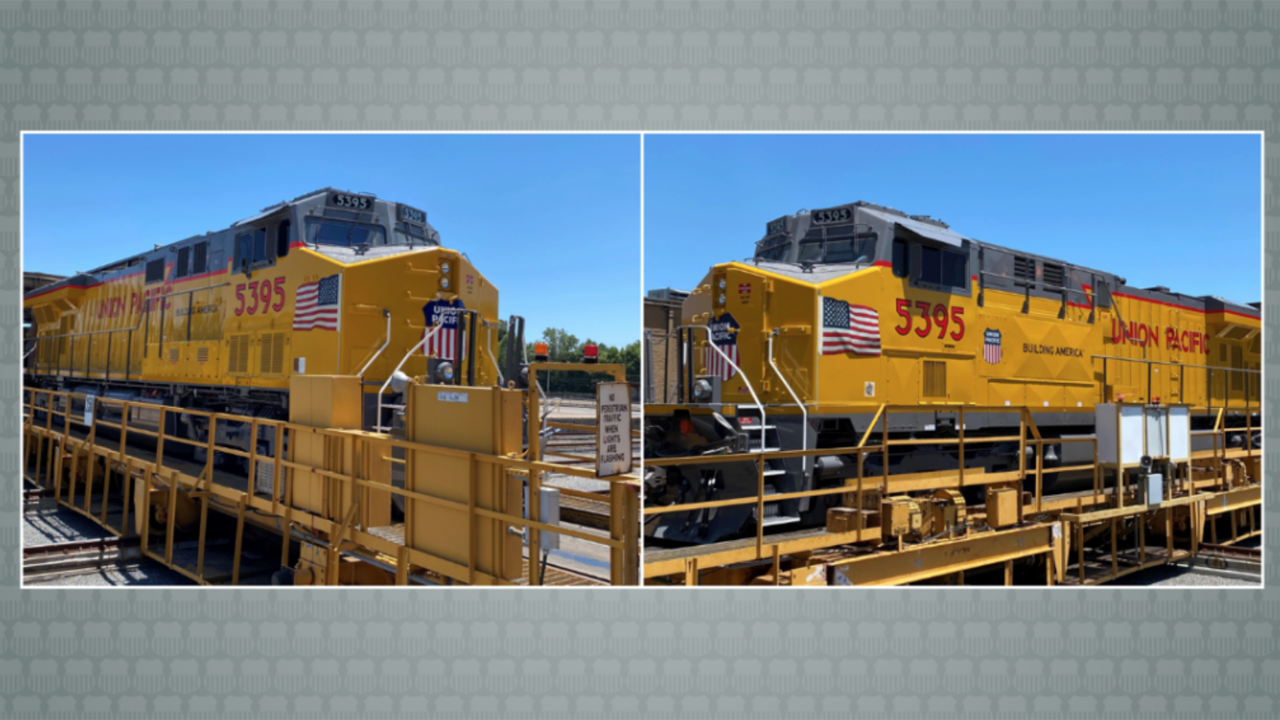 A handful of Union Pacific's 7,400 locomotives are currently outfitted with the new paint design. (Caption and Photograph Courtesy of UP)

Union Pacific (UP) on July 25 reported that a “handful” of its locomotives are now sporting a new paint scheme that shifts some design elements, including moving the American flag closer to the front.

As more of its 7,400 units need new paint, they will receive this treatment as part of UP’s locomotive overhaul and modernization program, the Class I railroad said.

The new design concept was created by employees at the railroad’s Jenks Locomotive Shop in North Little Rock, Ark. The American flag was moved up to help keep it clean and protected from heat, according to UP Senior Vice President, Engineering and Mechanical Shane Keller. “Although we work diligently to maintain the flag on each locomotive, its previous location made it a challenge,” he reported.

Although the UP shield remains on the nose, the wings previously surrounding it were removed “to let the shield proudly take center stage,” according to the railroad.

“The flag and shield are visible reminders we are one of the oldest and largest transportation companies in the nation,” Keller said. “The flag honors our history and our mission of ‘Building America’; the shield symbolizes strength.”

UP was founded when President Abraham Lincoln signed the Pacific Railway Act on July 1, 1862.