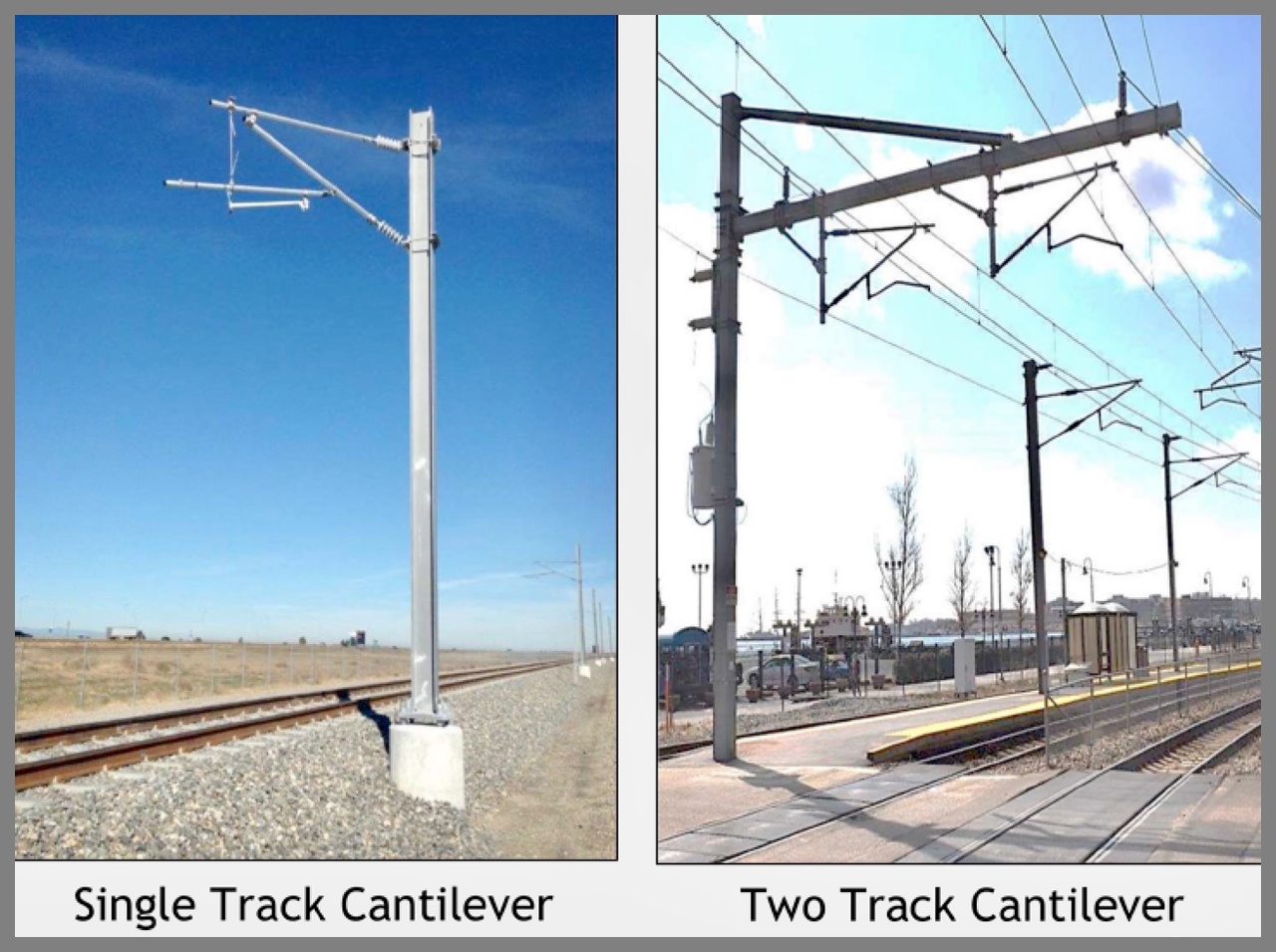 Alternate research suggests that it is too early to walk away from the electrification discussion.

The Association of American Railroads (AAR) recently published a fact sheet (download below) arguing that partial or complete Class I railroad electrification is a bad idea; not necessary; no financial return.

With this type of analysis, would there be a role for battery-powered main line freight locomotives, like the FLXdrive battery-electric Wabtec and BNSF are testing? Or perhaps HFC (hydrogen fuel cell) powered units, as Canadian Pacific recently announced?

Why challenge AAR’s professional conclusion that we should stick to Tier 4 or higher EPA-rated diesel-powered locomotives? Because the AAR conclusion appears, at least on its surface, too simplistic. It dismisses previous rail industry business-case studies for electrification.

In contrast, previous railroad company reports have shown cases where overhead electrification could work and be financed with reasonable internal rates of return. They have demonstrated that specific route studies are the best determinants of a business case for alternate fuels. That analytical approach has been true for longer trains, heavy-axle loadings and overhead-clearance business case evaluations. It should therefore be true for electrification or selective-route battery locomotive applications.

Where is the case history documentation review by the AAR that showed a favorable business case for full freight rail electrification? AAR does not acknowledge that a positive business case existed. However, the possibility of feasible financial returns for electrification was in fact seriously examined.

Observers and industry experts with whom I’ve communicated are familiar with these studies:

In the early 1970s, electrification as an option was examined in the 1976-79 period by the U.S. DOT and the Federal Railroad Administration as part of the federal act that allowed the seven bankrupt Northeastern railroads to be restructured into Consolidated Rail Corporation (Conrail). The specifics for Conrail electrification did not pass the business case test internally within Conrail’s management team. But under the correct blend of circumstances, electrification was not forever ruled out. The conclusion, which was closely aligned to the AAR 2020 policy statement, is that the government could not or should not simply mandate electrification.

Other studies examined into the 1980s the potential to electrify parts of the Powder River Basin Wyoming/Montana low-sulfur coal routes. There were some favorable structured project terms evaluated, then negotiated, and very close to execution. Why? Because there were favorable joint railroad right-of-use aspects for the utility companies and available funding. The internal rates of return for a partnership of utility/railroad/financing had back then a projected rate of return greater than 25%. This was the same period when overall railroad ROI on assets was less than 10-12%.

The financing venture terms in part looked like this: A partnership would spread the risks over multiple parties, not just the railroad company. A financial organization or a bank would initially have been a limited partner. The railroad company would have invested only a token amount of capital and then gradually acquired the partnership from the lenders.

The joint venture structure back then was offering to absorb the initial building cost of the catenary, the power (electricity) distribution and the power generation as a package, with the railroad to pay like a trucker does for road use. It was to be a railroad trains pay-as-you-go deal. Electric locomotive energy regeneration—putting power back into the grid through regenerative dynamic braking—was part of the cost-benefit analysis calculations.

Therefore, four decades ago, innovative railroads and outside parties were structuring interesting feasible deals for electrification.

Think of it this way: Given the amortization period proposed back then, the capex obligations would have reached retirement about the time that Powder River Basin volume increases peaked, but the legacy electrified investment benefits as cash flow would have continued for more decades ahead past 2030, since the coal is not disappearing.

So, why did the parties back then walk away from a projected rail freight electrification project with a favorable outlook? Probably because some people or persons in charge at the railroad headquarters or board level clearly had a negative outlook for the rail industry. Time has shown that Powder River Basin growth lasted about 35 years, and the traffic still has a few decades left.

Back to AAR’s 2020 paper: Its broad assertion is this: “Mandating electrification of the freight rail network is not a viable means for reducing GHG (greenhouse gas) emissions. Proposals that would require all or part of our nation’s freight rail network to be electrified should be set aside to focus on other alternatives.”

AAR relies in part on a study from 2016, when there was no “off the shelf” near-zero-emission locomotive technology sufficient for North American linehaul freight service. But the study encouraged additional research.

As to a government mandate of electrification? Let’s agree that would indeed be premature.

AAR asserts that electrification would require building and maintaining 140,000 route-miles of catenary. AAR’s assumptions include these points:

This is a strategic worst-case view.

The counter argument: What constitutes the definition of a low-carbon business case network size? That comes down to these variables in terms of annual traffic volume:

As to electric locomotive cost, which can be more than double that of a diesel-electric (based on units purchased for passenger service by Amtrak, NJ Transit and other carriers), AAR does not acknowledge that straight electrics can be easier to maintain, based on largely modular components and the increased ruggedness and reliability of modern solid-state electronics. Plus, each one could be as powerful as perhaps two diesel-electrics. There are economic trade-offs.

Can a business case be made for electrification or main line battery-powered locomotives? In specific cases and locations, yes. Yet, the AAR policy paper suggests that:

Those are hypothetical claims. The solution requires deeper commercial examination. A series of business cases should be used to document both the technical and financial feasibility of energy options. And high-probability route options should be evaluated. A blanket rejection in 2021 is unnecessary.

Here are some ways to examine either battery-powered locomotives or electrification:

• A 3-part Pro Forma Financial Model could be used for best location evaluations. This technique uses future year changes of income statements, balance sheets and cash flow results. Why these tools? Because Wall Street will use them to vet possible project success or commercial failure.

• The opposing parties within a project group will need to test against a variety of factors to avoid data bias.

• Rugged field testing of the equipment will have to demonstrate both long-term maintenance costs and operational reliability.

Main line full-battery locomotive reliability and economic testing might require as much as a half-decade to test fully. And it will require many units rather than just a handful of beta units. Testing is just starting now, so why stop?

Mike Iden, retired from the Union Pacific as General Director of Locomotive Engineering and now an independent locomotive and technology consultant (Tier 5 Locomotive LLC), offers his deep insight and industry history: “Selecting the optimal power option(s) will be a complex process and requires a lot of time to test for both business case and technical reliability.” In other words, it is a bit early to pick the financial winner out.

This is not a Staples-like “That Was Easy” buying decision.

Regardless of your hypothesis about electrification or alternate fuels like batteries, and battery-tender-assisted locomotives or even hydrogen fuel-cell (HFC) locomotives, it is too early to pull the quarterback and put the second team quarterback, so to speak, into the game. The private market is willing to gamble. It’s looking for a partnership deal.

Walking away from serious testing of the current modern technology and creative financing is way too early. As for battery and LNG units, there are too few in service right now. We need maybe 30 or more for a number of years to measure the component and life cycle durability. (Approximately 126 “battery locomotives” were built and tested in the U.S. prior to 2014. Many were unsuccessful.)  And let’s not forget CNG, which advocates believe has possibilities that may be superior to LNG.

Railroad carriers will want to see solid measurements that demonstrate evidence of the ability of the new technology fuels to provide rigorous locomotives durability. Folks like Mike Iden are used that kind of “kicking the tires.” Think in terms of a half-decade to a decade as a reasonable period of market testing. Current PSR earnings combined with project risk sharing should have that kind of staying power. 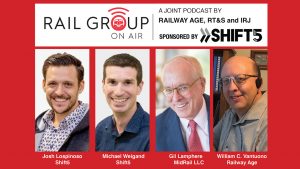 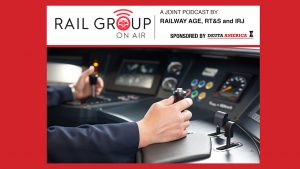 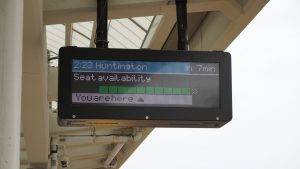 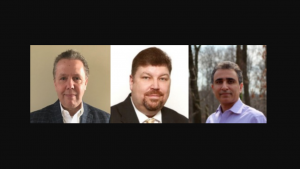