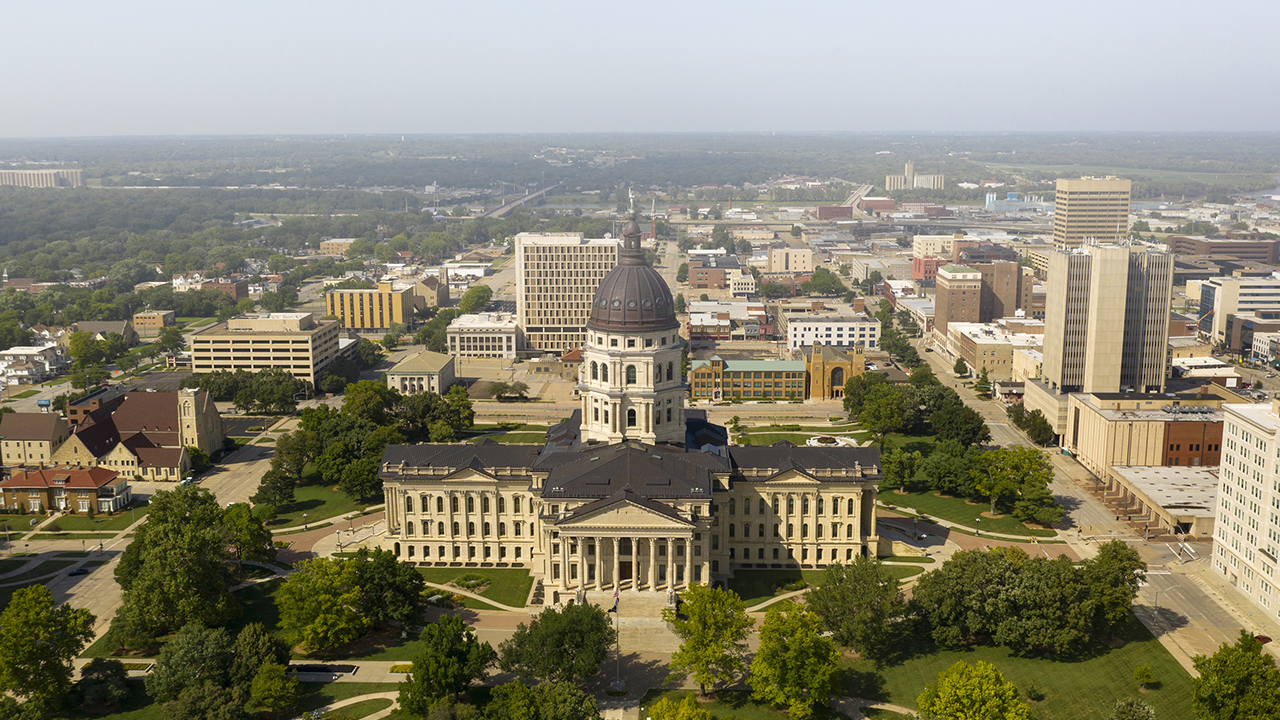 Cyrus K. Holliday was the founder of the Atchison, Topeka & Santa Fe Railway (Santa Fe)—one of BNSF’s major predecessors—and took a leading part in founding the city of Topeka, Kansas on Dec. 5, 1854. From its very beginning, Topeka has been central to our history, and in honor of the state capital’s 168th birthday, we want to share Holliday’s story. It was Holliday’s vision for and confidence in railroads that made the construction of the Santa Fe possible. He believed building a rail line along the Santa Fe Trail would allow for efficient transportation over land and encourage emigration. Despite doubters, Holliday pushed onward in pursuit of constructing a railroad in 1859.

At the time, his railroad was small and only reached a few counties, but it would develop into a network that would change the Southwest. Holliday lived to see the Santa Fe extend from Kansas on to the Pacific Coast and Gulf of Mexico, finally stretching toward the Great Lakes. With time, Holliday’s tiny rail network grew to 11,000 miles.

Although Holliday was focused on expanding his railroad, he had an interest in developing towns. He made Topeka headquarters for his railroad and capital of the general railroad empire. After clearing a $20,000 railroad venture in Pennsylvania, he immediately went to Kansas with his earnings.

Upon his arrival in Lawrence, Kansas, he befriended the Free-Staters, settlers who opposed the expansion of slavery.

Through his new acquaintances, Holliday, a lawyer by trade, met the leader of the free-state faction: Gov. Charles Robinson. This alliance encouraged Holliday to stay in Lawrence, where he oversaw construction of a fort to defend the small town against the pro-slavery forces as threats of civil war intensified.

Holliday believed that Kansas would become a free state and decided to push west to find a location for a permanent state capital. He and his allies pursued purchasing land that is now Tecumseh, Kansas, but they could not reach an agreement with the landowner. This pushed them a few more miles west into what is modern-day Topeka.

In January 1859, two years after the federal government issued 16 charter grants for the booming rail industry, Holliday wrote the “Atchison and Topeka Railroad Co.” charter, because citizens of Atchison, Kansas, were in need of a connection to Topeka. Holliday, a member of the Kansas Territorial Legislature, introduced the charter on Feb. 1 and it was signed 10 days later.

Holliday was making progress—but not without delays, including a severe drought and the Civil War, which had just begun and brought economic devastation to developing Kansas and much of the country. But support for westward expansion began to grow as settlers realized the potential for economic development and trade.

Holliday’s railroad was destined to expand further west. He drafted another bill to make possible the construction of the Santa Fe across Kansas toward Santa Fe, New Mexico. The bill was signed by President Lincoln in March 1863. The Atchison, Topeka & Santa Fe Railroad was born, and America’s western landscape would be forever changed.

Holliday died in 1900 and was buried in his adopted city and state in the Topeka Cemetery—but his legacy there and beyond continues.